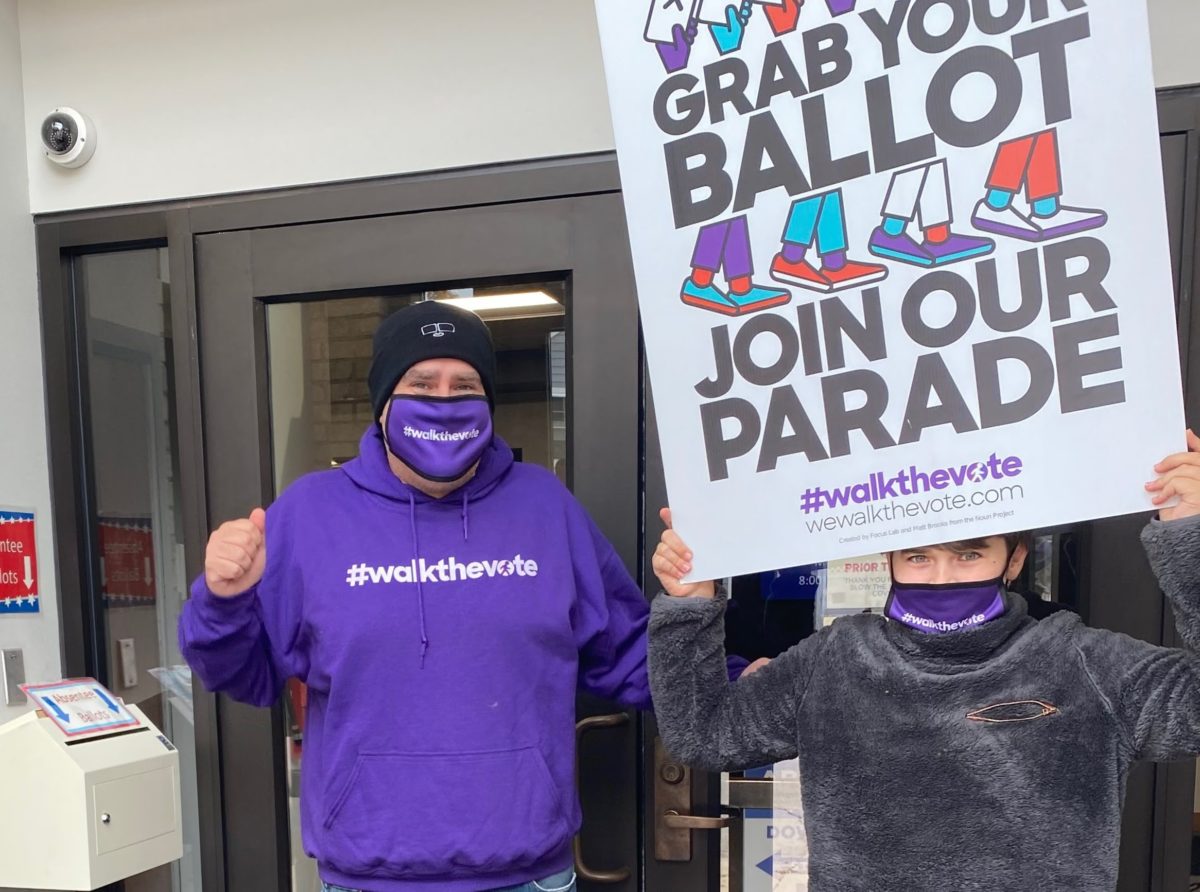 Not too long ago, the venture capitalist Roy Bahat — who runs Bloomberg Beta in San Francisco and is active in Democratic politics — concluded that the stakes were too high this election season for him to sit back and watch the proceedings from the comfortable vantage point of a dependably blue state. So in September he packed up his belongings and moved with his wife and two kids to Whitefish Bay, a suburb of Milwaukee, to help get out the vote.

His decision to relocate to the Badger State for three months or so may seem peculiar given that Wisconsin is now experiencing a massive spike in coronavirus cases and is not widely known for its inviting autumn weather. Couldn’t Bahat have set up shop in another battleground state with a more temperate climate, like Florida or Arizona? But no, Wisconsin made the most sense. Bahat’s wife, Sara Fenske Bahat, a Milwaukee native who chairs the MBA program at the California College of the Arts, has long been active in supporting the Democratic Party of Wisconsin — and this cycle, the couple felt it was imperative to get involved on the ground.

“We just realized that our time is better spent in a swing state than it is in California,” Bahat, whose fund is backed by Bloomberg L.P., told Jewish Insider in a phone interview on Monday. “Once we started talking about that, we realized that if we thought about doing it, talked with our kids about it, decided not to do it, and then the worst happens, shame on us for the example we’d be setting for our children. So we decided to go for it.”

Wisconsin has always been a key swing state courted by Democrats and Republicans alike. But this cycle, it carries some extra weight. While former Vice President Joe Biden, the Democratic presidential candidate, is favored to win the state, President Donald Trump has put Democrats on edge thanks to his narrow victory over Hillary Clinton in Wisconsin four years ago. Adding to the sense of urgency was a decision last week in which the Supreme Court ruled against counting absentee ballots in Wisconsin received after the election.

Since he arrived in Wisconsin about a month and a half ago with his family — his kids have been able to attend school remotely, a consequence of the pandemic — Bahat has been busy fundraising for Wisconsin Democrats and working to help re-erect the blue wall of Rust Belt states that Democrats had relied on before Trump obliterated it in 2016.

Bahat has also been active in another effort at “last-minute organizing,” volunteering for Walk the Vote, a nationwide grassroots endeavor that encourages voters to join local “parades” so they can safely and securely deliver their ballots to nearby drop boxes amid concerns that votes will not be counted if they are not submitted on time.

“You can do as many of them as you want in New York and California,” said Bahat, who voted in Wisconsin this year. “You’re not going to change who wins the national office.”

Bahat made sure to point out that his advocacy on behalf of the Democratic Party is independent of his Walk the Vote work because the group is nonpartisan.

The experience of living in a crucial swing state in the weeks leading up to one of the most consequential elections in American history has been eye-opening for Bahat.

“It’s obviously a very different feel than being in a coastal city,” he told JI. “This is a place that has struggled economically and is now doing well. It’s a place where the struggles over race and wealth inequality are front and center. And it’s a rare place where you see Biden and Trump signs lawn next to lawn, and people who are friends and neighbors feeling really differently about this race. So in that way, it’s kind of emblematic of what’s happening in America.”

“I’d also say it’s a place where the political traditions in the Jewish community are very deeply interwoven,” Bahat added. “It’s not something we’ve had a chance to engage with deeply since getting here. But one of the things that I grew up believing is that, as Jews, we’re responsible for engaging civically in our time. I went to the Abraham Joshua Heschel School, and the iconic image in my head is him marching with Martin Luther King. It just feels like we’ve had the beginnings of a return to that in this election.”

On Sunday, Bahat helped organize a Walk the Vote event in Whitefish, where he currently lives. The crowd was thin, but he saw that as a promising development. “Very few people showed up because 91% of mailed-out ballots have already been cast,” he said, referring to the situation in Milwaukee County. “That’s a great sign.”

Across the state, approximately 1.9 million voters have cast their ballots before Election Day, according to a Monday morning count. The number amounts to 63% of the state’s turnout in 2016.

For Bahat, the biggest issue this election is “the stability of our democracy,” he said with an air of gravity. “We need that in order to do anything else.” Assuming democracy is preserved, however, Bahat said that as a venture capitalist who invests in startups focused on the future of work he is also thinking about issues of economic justice as unemployment levels have skyrocketed.

The pandemic has only made work-related concerns all the more pressing, but Bahat noted that such matters have varied depending on socioeconomic status. “It’s certainly reshaped how we work for people who, like you and me, deal in information,” Bahat told JI. But, he added, it has “less reshaped how we’ve worked, unfortunately, for people who are essential workers.”

Bahat declined to offer his views on Biden’s prospects in Wisconsin. “I’ve intentionally not thought about likelihoods because it does not matter to my actions,” he said. “My main effort is making sure every vote gets out and gets counted. I do not have any special view on the odds.”

Bahat predicted that he will be in Wisconsin until at least the end of January. By that point, it is safe to assume that, no matter which way the election goes, he will be ready to escape Wisconsin’s winter weather and make his retreat to San Francisco’s more clement environs.

“It snowed a week ago today,” Bahat said with only a slight sense of alarm. Still, he has made the calculation that his efforts have been worth the trouble. “We’re paying the price with our fingertips,” he told JI. “But that’s OK.”