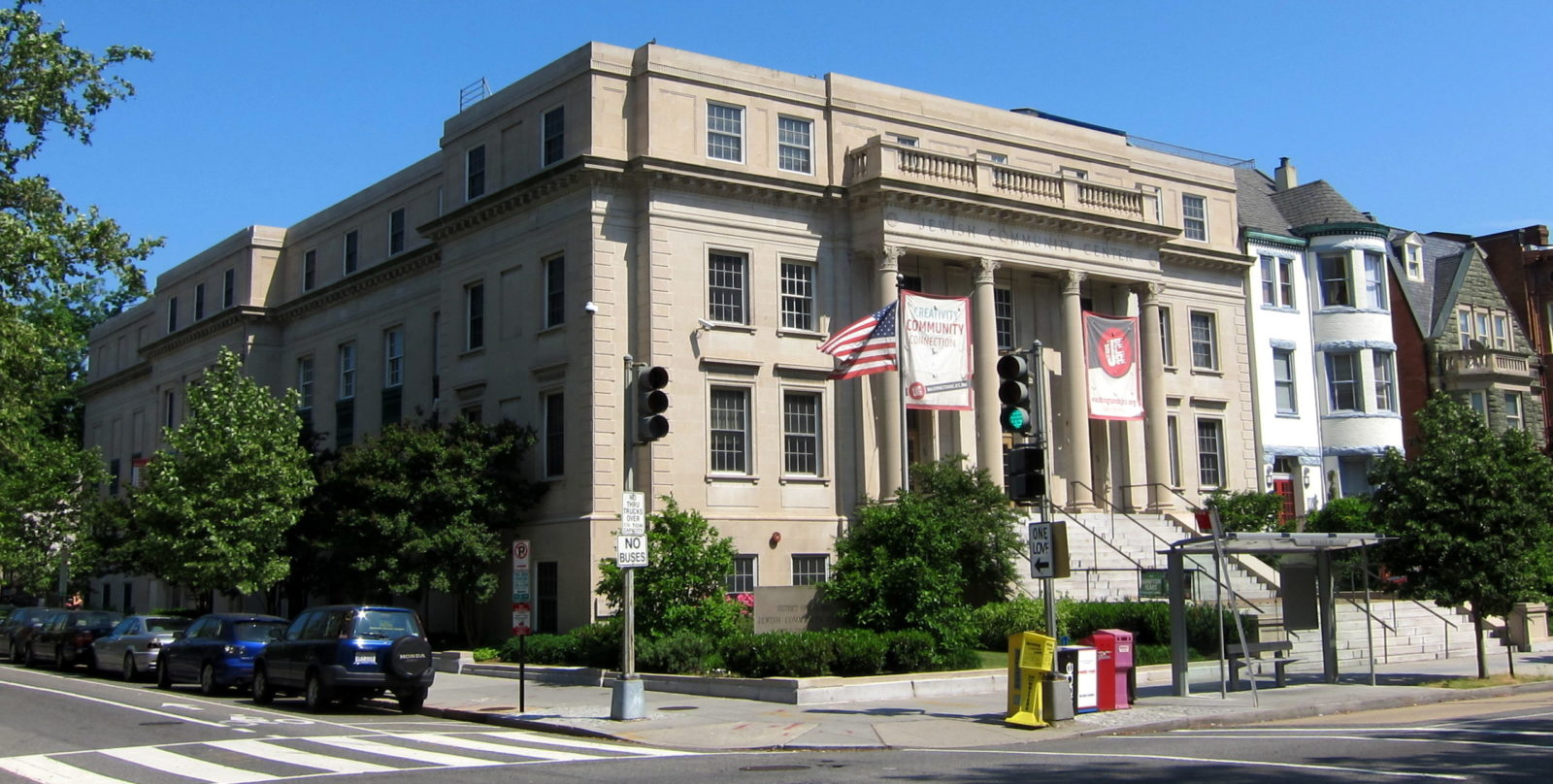 Amid layoffs and funder bailouts, the Jewish nonprofit world is fearing 2021

With no end to the pandemic in sight, funders and CEOs grapple with the deep uncertainty of next year's programming and fundraising

The American Jewish community’s network of approximately 9,500 nonprofit organizations has largely avoided collapse during the COVID-19-spurred slump that has caused many for-profit businesses to shut down or significantly shrink.

The federal government’s Paycheck Protection Program, which allowed businesses and nonprofits to obtain forgivable loans if they kept staff on payroll, ended August 8. Making the difference now, experts say, are the American Jewish philanthropists who have stepped up to support the nonprofit system. Foundations are dipping into their endowments to provide additional funds to support camps, Jewish schools, human services agencies and others — well beyond what they anticipated when originally planning their 2020 budgets.

While the pandemic has led to struggles in the Jewish nonprofit community, including a months-long shut-down of fee-for-service organizations like Jewish community centers and camps, with resulting layoffs, furloughs and re-prioritization of funds, the biggest worries lie ahead.

“The real question is, what is 2021 going to look like? Everyone is making it through 2020. But everyone is very concerned about the impact on 2021. I don’t know where things will be,” said Reuben Rotman, chair and CEO of the Network of Jewish Human Service Agencies, which represents 140 agencies providing food, counseling services, support for those with developmental and physical disabilities, vocational assistance and more.

“There have been reductions in staffing and services. But right now, our agencies by and large are being kept whole” with the help of government resources like PPP, and with aid from philanthropists, Rotman told Jewish Insider.

The worst fears — the collapse of the Jewish nonprofit community — have not come to pass, at least so far. “The catastrophic scenario we feared was averted,” said Andrés Spokoiny, president and CEO of the Jewish Funders Network. “The entire camp system, human services, JCCs, schools, [were] at risk. It suffered a lot but it didn’t collapse. This should not make us complacent.”

No one knows how much, in the aggregate, American Jewish philanthropists have contributed to pandemic relief, experts say, but it is significant.

A new study by the Center for Disaster Philanthropy found that American funders in general donated $11.9 billion overall to coronavirus-related needs so far in 2020. This marks a strong contrast to the impact on nonprofit organizations during the 2008-09 financial crisis.

“If you dial back to the recession 12 years ago, philanthropy took a break. It went down in the short term. Between 2005 and 2010, philanthropy stayed flat,” said Avrum Lapin, president of The Lapin Group, a Philadelphia-based consultancy. “In this crisis, philanthropy has pretty much stood up. Not to say that organizations are not having a tough time. It has not only stayed current but looked at some systemic challenges and risen up to meet them.”

Six months into the pandemic, “we’ve had 146 different emergency campaigns,” said Eric Fingerhut, JFNA’s president and CEO. Jewish federations have “raised $175 million dollars above and beyond their regular annual campaigns,” specifically for pandemic assistance, he told JI. “Federations made special allocations to camps and human services agencies to respond to the crisis in the moment. It is a moment of incredible generosity and response.”

Jewish federations generally distribute some $3 billion annually to the agencies they support domestically, as well as overseas programming through the Joint Distribution Committee, the Jewish Agency for Israel and other groups.

Since the early days of the pandemic, JFNA has been an organizer of philanthropy efforts to support Jewish nonprofits through the crisis. On Sept. 1 it announced a new matching grant program totaling $54 million to aid the severely impacted human services field.

The Human Services Relief Fund is the newest of a number of pandemic emergency funds and systems put in place since March by major Jewish funders and the organized Jewish community.

JFNA also oversees the Jewish Community Response and Impact Fund (JCRIF), which has provided approximately $91 million in emergency relief to Jewish nonprofits. More than $10 million of that has been distributed in the form of grants, and about $81 million as zero-interest loans, said Felicia Herman, who directs the grant program. Funding has come from seven foundations including the Aviv Foundation, The Paul E. Singer Foundation, the Lynn and Charles Schusterman Family Foundation and the Wilf Family Foundation.

So far this year, the Schusterman Foundation has spent $400 million addressing COVID-19-related needs and funding its regular grantees, which include civic programs nationwide and Jewish organizations.

Of that, “at least $10 million” has been designated as emergency funds for groups that do direct support, like the Blue Card, which aids Holocaust survivors, said Lisa Eisen, co-president of the Schusterman Foundation. It gave $15 million to JCRIF and overall this year has upped its support to Jewish organizations by about 50% over what it had planned, Eisen told JI.

The pandemic has still taken a toll on a number of Jewish nonprofit organizations. Income at fee-for-service agencies like JCCs — which employ a total of 40,000 people — took a big hit. Synagogues are currently tallying their High Holy Day renewals. Philanthropic funding is down at some organizations, though generally in the single-digit percentage range, which is in line with national trends. The National Council of Nonprofits published a study showing that individual giving in the U.S. overall was down 6% in the first quarter.

There have been significant layoffs at Jewish community centers around the country. JFNA itself laid off 37 of its 180 staffers in May. In April, Hillel International laid off or furloughed more than 20% of its staff.

J Street, the liberal Israel-focused lobbying group, cut its $8 million budget by $1 million, Jeremy Ben-Ami, its president, told JI, having saved a significant amount of money by moving the organization’s conferences online. J Street received a forgivable PPP loan of $660,000 and some tax credits, he said, and has not needed to lay off or furlough any staffers. J Street’s 2020 budget of $8 million is balanced, Ben-Ami said, and he expects it to grow slightly for 2021. But, he cautioned, “I am not ready to declare victory, because we have not seen the full impact” the pandemic will have on philanthropy. “The stock market [strength] has in a way cushioned the blow, and we haven’t quite seen the end of this story yet,” he added.

The Zionist Organization of America, a right-wing organization led by Mort Klein, has not fared as well. The organization pushed its annual gala dinner from December to January 2021, and then to March, and Klein is uncertain if it will be possible to hold the banquet at all. “A handful” of its approximately two dozen staff positions had to be cut, he said, though he did not provide more specifics regarding the layoffs or the organization’s annual budget. A recent ZOA campaign against the Movement for Black Lives saw the organization receive a number of unanticipated donations, which Klein said has helped to minimize the fundraising downturn.

The left-wing New Israel Fund has experienced a mixed picture, CEO Daniel Sokatch told JI. Unrestricted gifts to NIF were up 18% through the end of July compared to the same period in 2019, he said, but the number of individuals donating is down 9%. The biggest drop in support has been from supporters in New York City, where COVID-19 hit hard early in the pandemic. A PPP loan of $927,000 allowed NIF to retain its U.S. staff (it also has staff in Israel), though all staff members were forced to take a temporary salary cut and in Israel the entire staff was furloughed for a period. Looking ahead, with everyone continuing to work from home, Sokatch is considering dropping office space leases that are approaching their renewal dates, he said.

Even among organizations that are staying afloat, the big question is how long they will be able to do so. The American Jewish Historical Society, whose archives contain some 30 million documents, added an additional staffer, bringing the full-time employee count to seven, said Annie Polland, the organization’s executive director.

AJHS got a $130,000 PPP loan through the Small Business Administration, which helped it retain staff through the spring and summer. The organization received what Polland called a “lifesaver” grant of $205,000 from the National Endowment for the Humanities’ Coronavirus Aid, Relief and Economic Security (CARES) Act fund.

While AJHS, like most public-facing Jewish organizations, quickly shifted to virtual programming in what Polland said was “a whirlwind adaptation to Zoom,” and the foundations that support its work have not lessened their funding, “we don’t know what 2021 is going to look like,” she said.

T’ruah: The Rabbinic Call for Human Rights has also fared relatively well through the pandemic, said Rabbi Jill Jacobs, its executive director. T’ruah has not needed to lay off or furlough staff and has even been able to add a full-time position and a part-time position to its roster of 10 full-time staff and six part-time workers, said Jacobs. “People have been very generous,” she told JI. “Those who are still employed or not dependent on a salary are more motivated than ever to contribute as a moral response to this crisis, as well as to the major threats to democracy. We’ve in particular had a strong response to our efforts to stand up the deployment of federal agents in Portland, OR, and the work of our rabbis who have been on the street there,” she said.

With no end to the pandemic in sight, funders and CEOs alike are grappling with the uncertainty of what the next year will look like, both in terms of programming and fundraising.

“We’re dealing with a lot of uncertainty so we in the philanthropic community should continue to be flexible, to dig deeply, maybe deeper than would feel comfortable, and to help nonprofits with scenario planning and other forms of technical assistance,” Eisen told JI. “The uncertainty makes it hard to plan and budget even as fundraising is anticipated to decrease.”

The uncertainty impacts not only planning for programs, but also trying to budget for 2021.

Spokoiny told JI that his biggest concern was the survival of what he called the “second layer” Jewish organizations, like Jewish federations, schools and community centers.

Because the stock market has continued to perform well, foundations whose money is invested have “more money than ever to give,” said Spokoiny. But “more than 80% of the funding in the Jewish community, in dollar terms, does not come from major funders, but by individuals giving $1,000 to the scholarship fund at their day school.”

It is that type of grassroots donor whose ability to give is most vulnerable to job loss, loss of government unemployment assistance, and a possible economic slump.

T’ruah’s Jacobs noted: “If we do see a deep and long recession, and if many donors find themselves out of work in December, we are concerned about a drop in donations, especially as more than half of our gifts come from a broad base of small-dollar donors.”

According to Eisen, “there are a lot more conversations about organizations joining forces in partnerships, or in mergers, of sharing assets, buildings and staff, of synagogues coming together. There are many, many conversations happening at the national level and the local level.”

She noted that the Schusterman Foundation has provided funding through JCRIF, offering technical assistance with a consultant to organizational leaders pursuing mergers.

“Not every institution is going to survive, nor should it,” said Eisen. “This is a moment to look at what our community needs to be sustainable, and that will include some tough and painful conversations.”

“I am optimistic that our community can emerge stronger, but there will be some painful decisions along the way.”