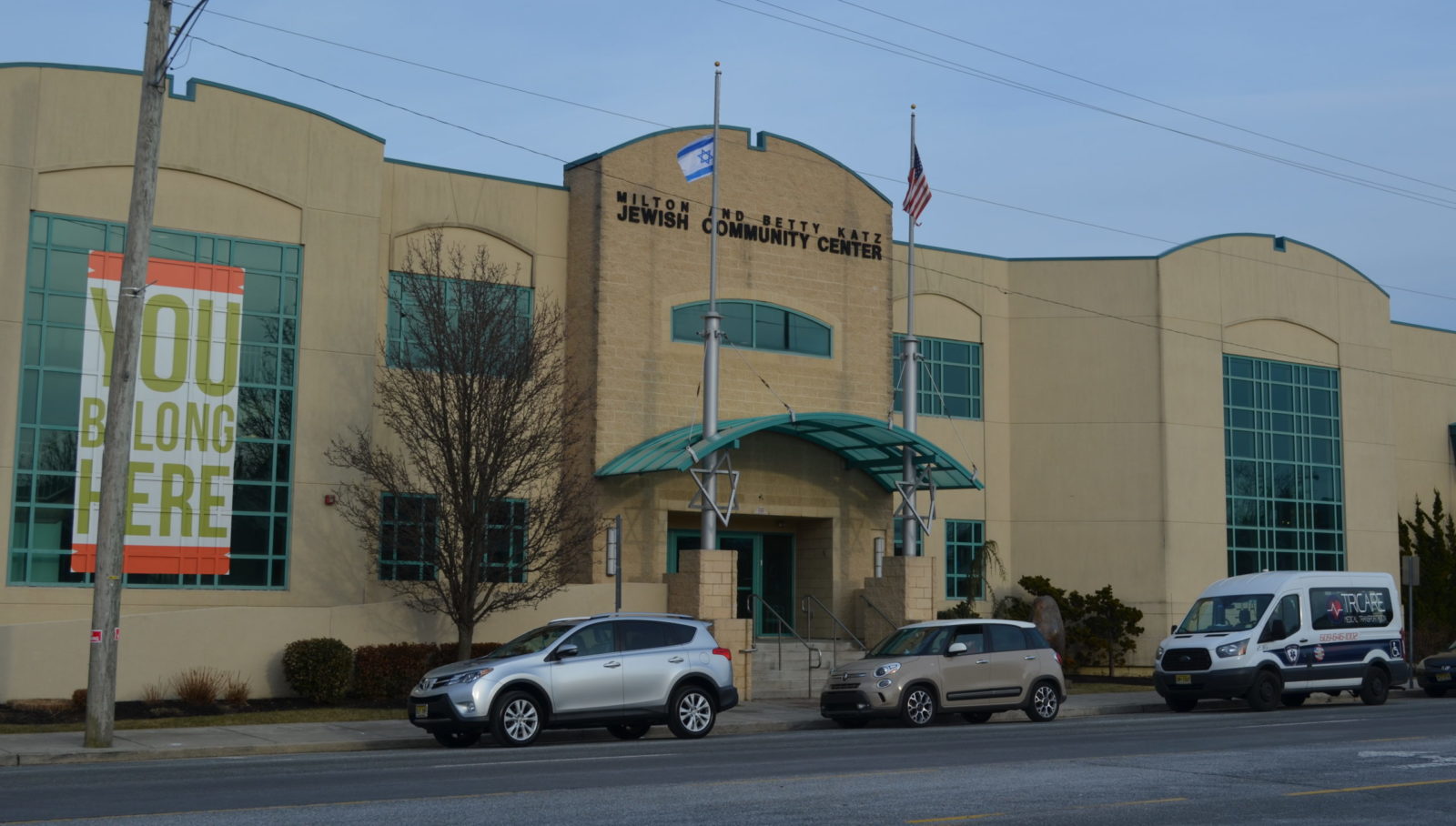 Where does the Jewish Community Center movement go from here?

The largest single employer in the American Jewish community is facing an unprecedented crisis. America’s 164 JCCs employ 40,000 full- and part-time staffers, according to its national umbrella group, the Jewish Community Centers Association. But every JCC has shut its doors to the public since the beginning of the coronavirus pandemic. Most have had to lay off or furlough employees, as well as reduce salaries for those who continued working.

COVID-19’s impact has been “far beyond a serious injury. It’s a catastrophic event,” said Jack Fox, CEO of the Milton and Betty Katz Jewish Community Center in Margate, N.J.  “I’ve been working in this field for 35 years in various locations, and my colleagues across the country universally say they’ve never seen anything like this. Never.”

The viability of “a very small number” of North America’s 164 JCCs is in doubt, JCCA CEO Doron Krakow told Jewish Insider. Those JCCs are in places where the Jewish federation and local philanthropists “allowed the JCC to become neglected or an afterthought,” he said. “It’s going to be tough for them to endure the fallout of COVID-19 and loss of revenue from summer camp.”

“JCCs are based on a revenue-generating model, which is why, like so many organizations and businesses, they’re hurting much more than we once thought possible,” said Gali Cooks, president and CEO of Leading Edge, which works with Jewish groups on leadership and employee development.

Some 40 JCCs have been able to continue operations “in a severely constrained way,” Krakow said, noting that the rest have all closed for the duration of the pandemic. Twenty-two of the 25 JCC-affiliated overnight camps have announced that they have cancelled programming this summer. “Three are holding out,” he told JI. “We are looking at wholesale cancellation of 25 overnight camps. That is 22,000 campers and 6,000 seasonal staff.”

For Ivy Harlev, CEO of the Siegel JCC in Wilmington, Delaware, running summer camp this year will cost more than the program will generate. The state will allow the JCC to have 100 campers, a far smaller number than its usual 500, she said. Requiring a higher staff-to-camper ratio, as well as constant intensive cleaning, will make operating even more expensive. Program fees make up nearly 80% of the Delaware JCC’s income, she said.

While some JCCs have pivoted to offering online classes and food delivery services to senior citizens who used to come to the centers for lunch and programming, the financial hit has been so severe that it is unclear how they will manage once they are allowed to re-open with fewer users, to comply with social distancing guidelines.

Online classes are no replacement for in-person early childhood education, day camping and fitness center activity — the three legs that constitute the largest part of nearly every JCC’s revenue.

For some JCCs, temporary relief arrived in the form of SBA loans. The JCC in Buffalo, N.Y., for example, had enough members keep paying dues, despite the closed facilities, to continue paying staff until federal aid came through. The David Posnack JCC in Davie, Florida, had enough in reserves to tide it over until its SBA loan was obtained. But few JCCs have such financial reserves, said several JCC executives. Krakow said that nearly 90% of JCCs have received federal pandemic financial assistance totaling roughly $110 million.

The Marlene Meyerson JCC on Manhattan’s Upper West Side received several million dollars in pandemic aid, said Rabbi Joy Levitt, its executive director. She had to furlough 375 of the JCC’s part-time employees, in addition to some of its full-time staff, she told JI. Full-time employees who were not furloughed had their salaries temporarily cut by 10-15%. Levitt herself did not draw a salary in April.

While the federal loan has helped it through the pandemic, the money received “covers payroll, but it doesn’t cover your lost revenue,” she said.

Before March, 3,500 people came to the Meyerson JCC each day to meditate, work out, bring children to pre-school or attend events. New York City is cautiously allowing some businesses to open starting June 8th, but Levitt said she doesn’t yet know if the JCC’s summer camps will be able to operate, or in what form. “The loss of camp would be very significant,” she said.

“I just don’t know,” she said of the overall financial impact. “It’s going to take some time to recover and we’re going to be in a challenging economic state for at least a year and probably two.”

Three-quarters of the Meyerson JCC’s 2020 annual budget of $35 million is earned income. “The rest is philanthropy,” Levitt said. “The whole key here is how we pay the bills. Without our normal revenue drivers, what we’re doing will for the most part be philanthropically supported until we get back.”

At the Margate JCC in NJ, once the federal pandemic aid ran out in mid-May, “we laid off 110 people. Almost the entire staff. We kept nine people working,” said Fox, who is scheduled to retire on July 31. Margate, which is next to Atlantic City, is a popular summer destination for New Yorkers and Philadelphians. The JCC, which typically has 4,000 people come through its doors in the summer months, also runs an expansive meal program for senior citizens, has a preschool and fitness center and runs a large summer camp. Fox is waiting to learn if New Jersey authorities will allow the camp to run in any form.

Now, with small businesses in the area around the JCC going out of business and summer vacationing in question, Fox is uncertain about the institution’s long-term viability.

The Margate JCC’s biggest revenue-generating events — its sold-out summer arts performance series — have been cancelled. The four performances, spread across the summer, attract 2,000 patrons and gross $800,000. This year, Fox said, the JCC had to refund tickets already sold. The JCC also organizes the Atlantic City Marathon Race series, which typically brings in $600,000 and includes an April Fool’s run, a summer beach run and a marathon. Together the events represent a significant portion of the Margate JCC’s $6.3 million annual budget.

Instead of the in-person race in April, the JCC held a virtual event, sending the 600 paid participants — about one third the usual number — t-shirts and bibs. The marathon itself usually has 3,000 participants, “and we can’t put all those people on the boardwalk. The April Fool’s run was a novelty, but how many virtual marathons will people want to do?” said Fox.

A few JCCs have been able to run major online events. The Manhattan JCC’s annual Shavuot program, when attendees stay up into the night to learn Torah, has long been a popular event. Last year, 3,200 people attended. This year — with online offerings featuring the creators of the Israeli music-for-the-masses organization Koolulam, and Torah study with leading rabbis from early evening through the night — 8,000 people from all over the world participated, Levitt said.

Health and wellness classes that capped in-person attendance at 30 because of room capacity have more than doubled their participant numbers following the switch to virtual programming, she said. The ReelAbilities film festival, which the JCC has hosted since 2007, had 7,000 online participants, said Levitt — “infinitely more than we could have gotten into the building.”

The Lawrence Family JCC in San Diego has already adapted its summer camp plans to the new reality, Krakow said. It will have its usual number of summer campers, but instead of bringing them to one campground, the JCC has arranged for five local Reform and Conservative synagogues to host smaller groups of campers. To avoid crowded buses, parents will drop their children off at the different synagogues. That kind of innovative partnering “may create an opportunity for partnership where before it was territorial,” Krakow said.

Less than half of the members of the JCC in Wilmington are Jewish, said Harlev. Though the number of Jews at the JCC “has decreased a bit, our Jewish programming has been increasing. We have a lot of interfaith families,” Harlev said.

More than a century ago, Harlev explained to JI, “JCCs started so they could help Jews become Americans,” by teaching English and helping them acculturate. “Now we help American Jews connect to Judaism. It’s always been in a cultural way.”

The Delaware JCC’s experience with waning numbers of Jewish members is not unusual, especially outside of areas with large Jewish populations like New York and Los Angeles.

“Even in 1990, the percentage of Jewish members of JCCs was on the wane and they had more non-Jewish members than Jewish,” said Amy Sales, the recently retired associate director of Brandeis University’s Cohen Center for Modern Jewish Studies. “For a while that was problematic. The successful places have totally dropped the notion that the JCC is about serving the Jewish community, but now serve everyone.”

Today “almost all JCCs are not Jewish per se, and their boards are integrated,” with both Jewish and non-Jewish members, Sales told JI.

It is this earlier pivot in many places toward less overt Jewishness and more inclusivity that makes JCCs less attractive to Jewish philanthropists, said one leader in the field.

Though Krakow touted relationships with several major Jewish foundations, the leaders of many, when contacted, said they provide no support to individual JCCs or the JCCA aside from recent emergency loan funding, which has not yet been disbursed.

“There is such a range of quality and commitment in regard to their Jewish identity agenda. There are JCCs like the one in Manhattan that have such a deep commitment to Jewish education, robust offerings. Then there are other JCCs that serve a range of programming to, at best, a mixed population of Jewish and non-Jewish clientele,” said Mark Charendoff, president of the Maimonides Fund, a grantmaking organization focused on Jewish identity and education. “Maybe that’s the only way they can survive, attracting enough people to populate their swim and preschool programs. It becomes a vicious circle. If they’re getting non-Jewish clientele, there is temptation to not be too explicit about Jewish programming in order to not alienate that clientele. Then I would question what their claim is on Jewish [communal] dollars. At some point you have to ask yourself why the Jewish community should subsidize this.”

“The extent of the financial crisis JCCs face depends on what their cash position and reserves were on March 1, and the extent to which the local philanthropic community and Jewish Federations have come to their aid during an extended shutdown,” Krakow said.

According to Harlev, “the biggest challenge will be getting the revenue numbers up again. We will have to look at how we serve members in this new world, recognizing that health and safety have to come first.”

One of the only clear things coming out of the pandemic, said Margate’s Fox, is that “we need to have some new models for revenue generation to sustain ourselves in the future.”