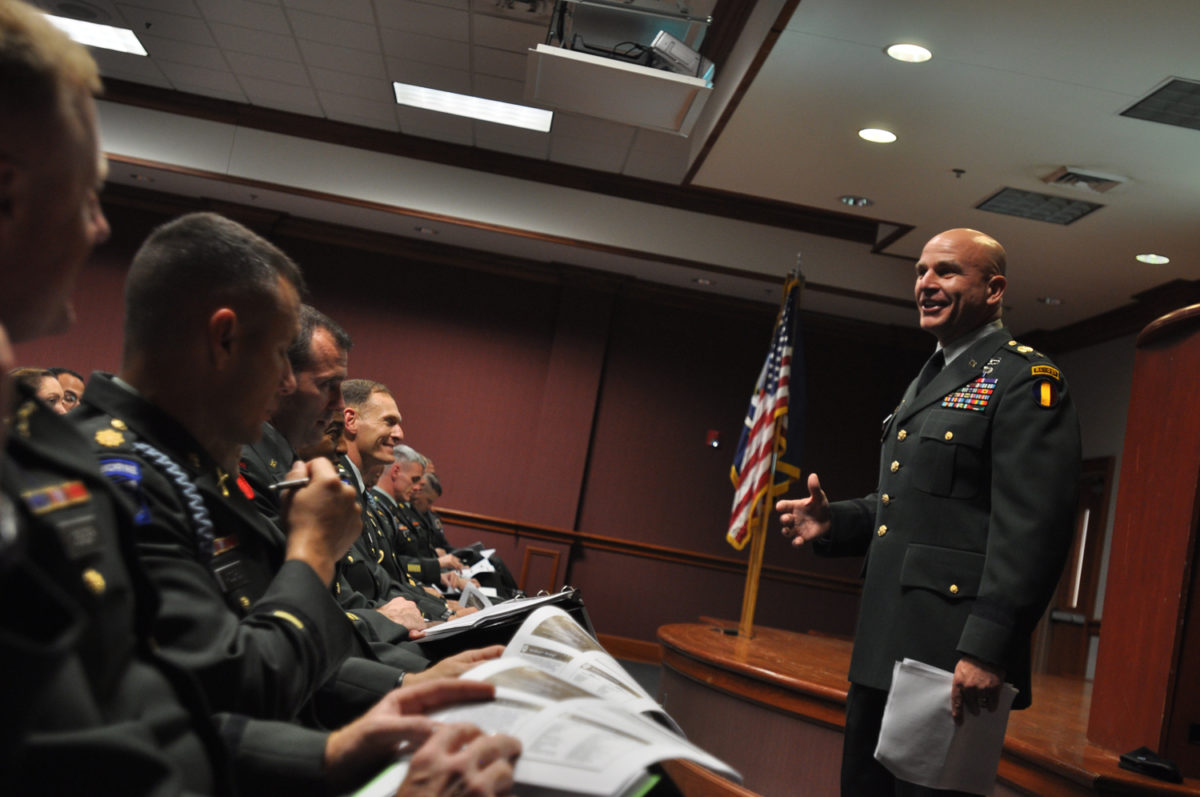 In a new book looking back at his time in the military and in several presidential administrations, former national security advisor H.R. McMaster expounds on what he thought were “fundamental flaws” in the 2015 nuclear deal with Iran and why he tried to persuade President Donald Trump not to withdraw from the deal.

In Battlegrounds: The Fight to Defend the Free World, released on Tuesday, McMaster called the original JCPOA negotiated by former President Barack Obama “an extreme case of strategic narcissism based on wishful thinking” that led to “self-delusion and, ultimately the deception of the American people.”

Yet, when Trump wanted to make good on his campaign promise to leave the deal, McMaster made clear his opposition to withdrawing from the accord. In the book, McMaster explains that he wanted the U.S. to maintain leverage to punish Iran for its behavior on matters unrelated to the Iranian nuclear program and to get the parties in the agreement to fix the deal’s flaws. McMaster said he also wanted to avoid giving Tehran the opportunity to portray itself as a victim. But as he attempted to work on a comprehensive Iran strategy, McMaster wrote, Trump grew “impatient.”

McMaster details how he intervened in former Secretary of State Rex Tillerson’s efforts to certify the deal in April 2017, and how he successfully lobbied the president to recertify the agreement over the next two 90-day deadlines as required under the 2015 Iran Nuclear Agreement Review Act. “We had created a window of opportunity for our allies to demonstrate the viability of staying in the deal while imposing costs on Iran,” McMaster writes. “That window closed soon after I departed the White House.” A month after McMaster left the administration, Trump announced the U.S. withdrawal from the deal.

The former national security official accuses the Obama administration of ignoring Iran’s behavior in the region and avoiding confrontation in an effort to preserve the accord. According to McMaster, Obama officials “focused on selling the deal rather than subjecting it to scrutiny” by using a “red herring” talking point — the Iraq War — to pose “the false dilemma” of either supporting the deal or going to war with Iran.

McMaster also offers his view on the Israeli-Palestinian conflict and the Trump peace plan announced in early 2020. Trump’s moves on Israel, he writes, “communicated support for Israel, but also removed incentives that might have been crucial in a future agreement.” While he described the rollout of the peace plan as “dead on arrival” due to lack of participation from Palestinian leaders, McMaster posits that the plan itself may at some point “help resurrect the possibility of a two-state solution.”

The book itself is not a tell-all on the Trump administration. McMaster does not write about being excluded from Trump’s meeting with Israeli Prime Minister Benjamin Netanyahu during the president’s trip to Israel, or his disputes with Trump and Jared Kushner. “This is not the book that most people wanted me to write… a tell-all about my experience in the White House to confirm their opinions of Donald Trump,” McMaster writes in his preface. “Although writing such a book might be lucrative, I did not believe that it would be useful or satisfactory for most readers.”

McMaster accuses the Russians and the alt-right movement of leading a campaign against him, under the hashtag #FireMcMaster, because they viewed him as a threat to their agenda of undermining America’s national security. McMaster writes that the attacks against him were “often inconsistent” in nature. “For example, one caricature on social media portrayed me as a puppet of billionaire George Soros and the Rothschild family (both of whom were frequent targets of anti-Semitic conspiracy theories), while articles in the pseudo-media charged me and others on the NSC staff as being ‘anti-Israel’ and soft on Iran,” McMaster recalls.