Netanyahu and Trump 'have taken nothing off the table. Their promises and commitments are worthless' 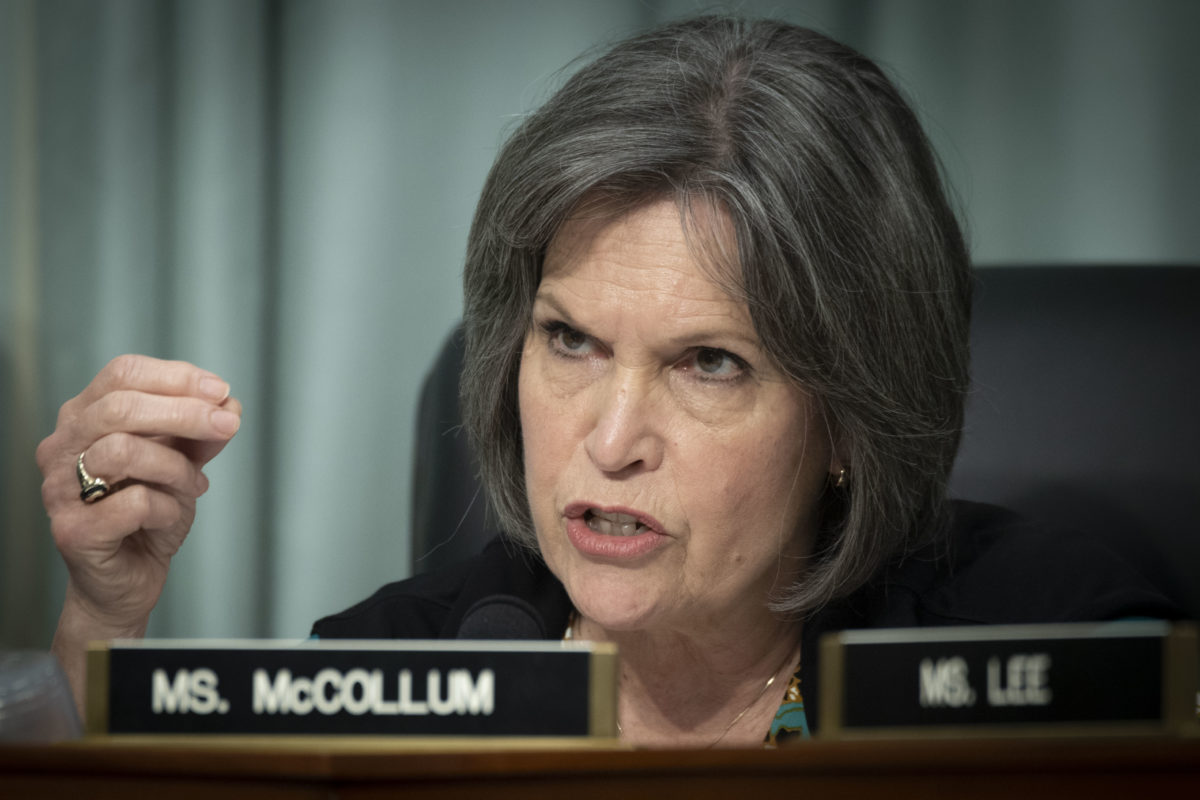 Rep. Betty McCollum (D-MN) speaks during a hearing at the Rayburn House Office Building, in Washington, D.C. on April 9, 2019.

On Friday, Rep. Betty McCollum (D-MN) introduced the Israeli Annexation Non-Recognition Act, legislation that would prohibit the U.S. from recognizing Israeli annexation of the West Bank or allow any U.S. assistance to fund areas annexed by the Israeli government.

During a speech on the House floor, McCollum said that the recently announced Israel-United Arab Emirates accord that shelved plans to annex parts of the West Bank “changes nothing.” The Democratic lawmaker maintained that President Donald Trump and Israeli Prime Minister Benjamin Netanyahu “have taken nothing off the table. Their promises and commitments are worthless because they have both proven, time and time again, that they cannot be trusted.”

The legislation comes following a letter — spearheaded by Ocasio-Cortez — sent to Secretary of State Mike Pompeo in late June, warning that if Israel moved ahead with a plan to annex portions of the West Bank, they will “pursue conditions on the $3.8 billion in U.S. military funding to Israel, including human rights conditions and withholding funds for the off-shore procurement of Israeli weapons equal to or exceeding the amount the Israeli government spends annually to fund settlements, as well as the policies and practices that sustain and enable them.”