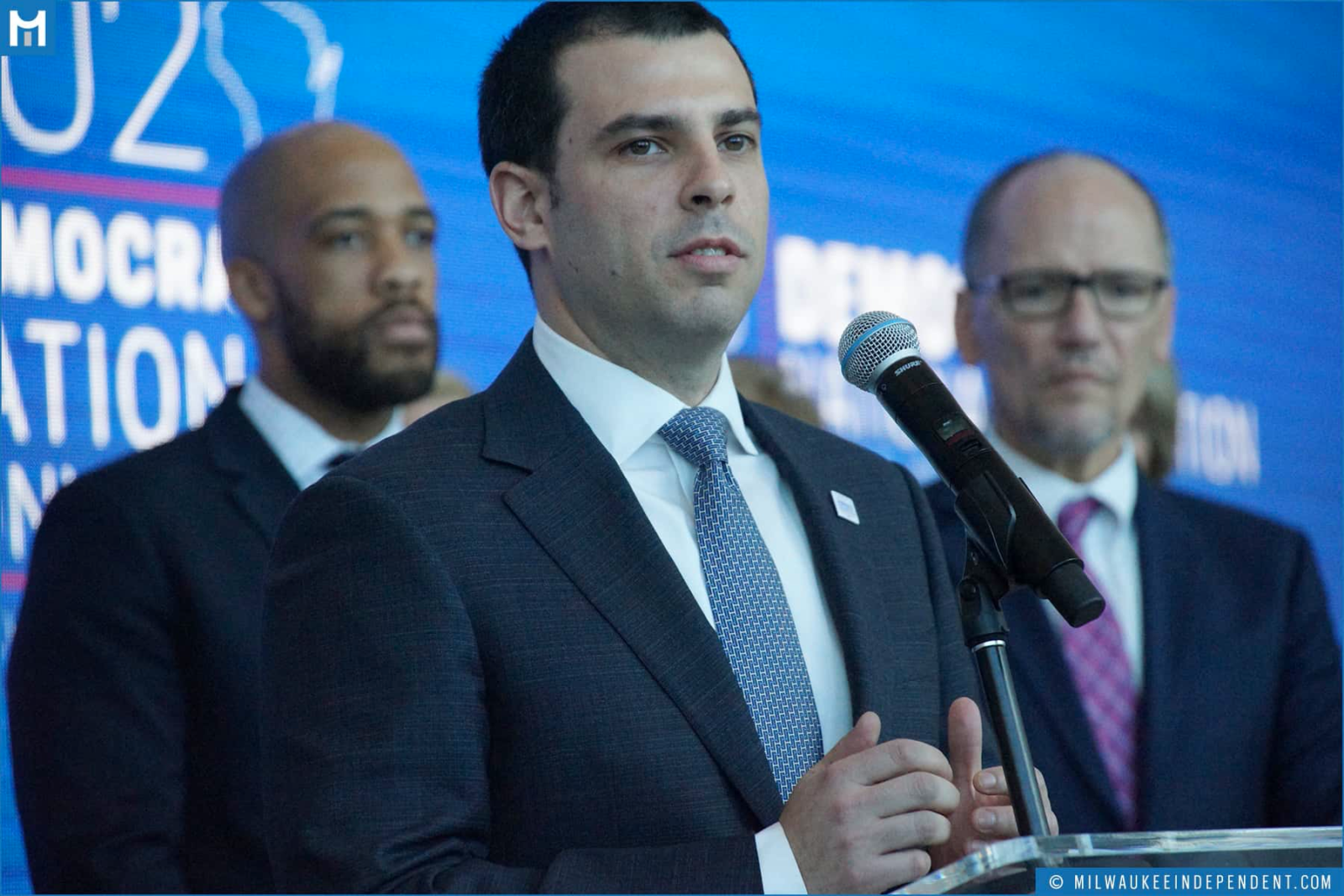 He convinced the DNC to pick Milwaukee. Then COVID hit

For Alex Lasry, 2020 was supposed to be the year of Milwaukee.

The 33-year-old had high hopes for his adopted city, scheduled to host the Democratic National Convention — the bid for which he chaired — beginning August 17. On top of that, the Milwaukee Bucks clinched the playoffs in February, giving hometown pride to Milwaukeeans who haven’t celebrated a basketball championship since 1971. Lasry, who serves as the Bucks’ senior vice president, was riding high.

Then the pandemic hit, and everything changed. The NBA is now finishing out its postseason in a tightly sealed Orlando bubble, while the Bucks’ Fiserv Forum, where the DNC was set to take place, is a virtual ghost town as the downsized presidential convention has been relocated to a smaller venue.

“It sucks,” Lasry declared bluntly in an interview with Jewish Insider. “There’s no way around it, but there are bigger issues and bigger concerns.”

Despite the setbacks, Lasry is hopeful that the DNC — during which former Vice President Joe Biden is expected to accept the Democratic presidential nomination — will at least help bring attention to Milwaukee, the Rust Belt enclave that is perhaps more often associated with “Laverne & Shirley” reruns than a destination city. “I’m sure there’s a lot of really antiquated thoughts about Milwaukee, and that’s what the point of this bid was,” said Lasry.

“We wanted to reintroduce Milwaukee to the world and to show people that Milwaukee is a top-tier city,” he added, “one that can compete with cities like Houston, Miami, Chicago and New York.”

“I didn’t know a ton about Milwaukee before I moved here, but once I got here, I fell in love with the city,” Lasry enthused. “There’s an incredible local food scene. A great local sports scene. It’s got everything you want in a city. Plus, it’s affordable, and you can’t beat the summer weather. I just think there’s so much to Milwaukee that people don’t know about. And that’s what, I think, this convention is hopefully going to start doing — which is getting the word out.”

He also found love of another sort. Lasry proposed to Lauren Markowitz, the interim chief of staff at Planned Parenthood of Wisconsin — who previously worked as a spokeswoman for former Chicago Mayor Rahm Emanuel — last May, shortly after Milwaukee was chosen to host the DNC.

They were scheduled to get married on March 28 of this year at the American Museum of Natural History in New York, but were forced to postpone their wedding until 2021 due to the pandemic.

Lasry said he found out his wedding would be postponed the same day he learned the NBA season had been suspended. “That was an especially crappy day,” he told JI.

Lasry’s love for Milwaukee, basketball and Democratic politics collided when he led the charge to host the DNC, and he has been trying to stay focused on those things as he works from home during the coronavirus crisis.

He is still trying to raise money for the DNC, he said, and would like to attend, though the four-day convention, which will still run from August 17-20, is a mostly virtual affair. “If I can go, then I’ll be there,” he said, “but I’ll listen to the security precautions and the health precautions of whatever the [Democratic National Convention Committee] wants.”

As for basketball, Lasry told JI that he plans to head down to Orlando to see his team, and that he will most likely stay there for the entirety of the playoffs.

“There’s still a lot to do,” he said, looking beyond the present moment. “There’s still an offseason we have to prepare for.” What does a potentially scaled-down arena look like, he wondered, or even an arena with no fans at all? “It’s a lot different scenario-planning.”

More than anything, Lasry wants viewers who tune into the DNC to witness the Milwaukee that he has come to appreciate over the past half-decade.

“Ever since I moved here, it’s been a city that I love, that I’ve made my home,” he said. “And I just want people to see the Milwaukee that I see, and I want the entire country to know that Milwaukee can play on the same level as, really, any city in this country.”