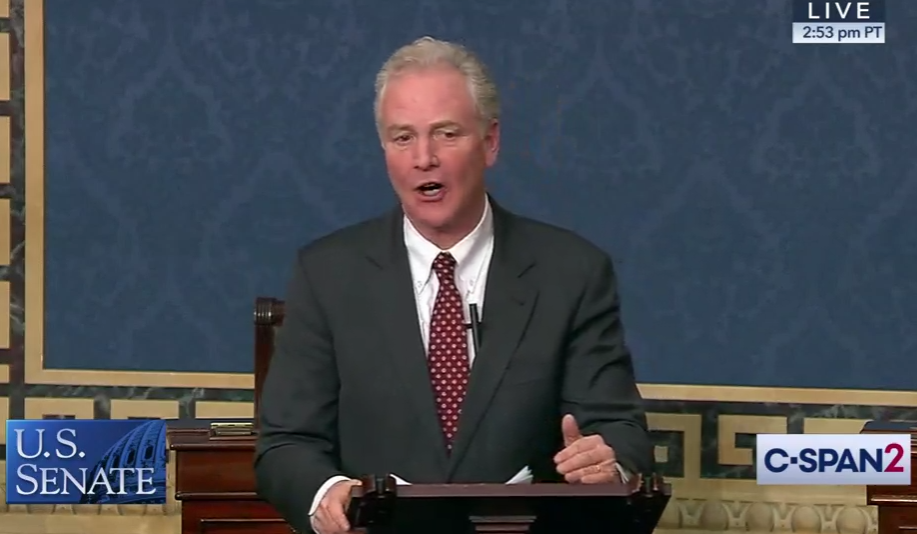 Sen. Chris Van Hollen (D-MD), one of three authors of a Senate letter cautioning Israeli leaders against annexing parts of the West Bank, said on Wednesday that U.S. taxpayer money shouldn’t be going “to support in any way, encourage or ratify unilateral annexation by Israel.”

During a virtual panel discussion hosted by J Street on Wednesday, Van Hollen explained that while U.S. support for Israel’s security should remain “unbreakable,” if Israel moves ahead with annexation, Washington has a right to insist that security assistance not be used for the effort.

“I do not think American dollars should be aiding and abetting the unilateral annexation of territory,” he stressed.

Rep. Jan Schakowsky (D-IL), one of the four authors of the House letter cautioning Israeli leaders against annexation, concurred. “I agree with Chris [Van Hollen] 100 percent,” Schakowsky said, “I think that’s consistent with the position that we’re taking.”

The Illinois congresswoman added that no current aid to Israel is expected to be used to support annexation. “But I agree with Chris [Van Hollen] that we could also make it clear that there are certain places we don’t want the money to go — and it doesn’t, in fact,” she said.

Speaking after the U.S. lawmakers on the call, MK Ofer Shelah (Yesh Atid), a member of the Israeli opposition, warned congressional Democrats against threatening to condition aid over annexation because such a move would be interpreted by Israelis as punishment. “I wouldn’t bring money into the picture,” he said, noting that the Israeli public is divided on the issue of annexation. “I think that will create a negative reaction in Israel.” However, Shelah suggested, “If this comes from Washington as a message of really caring about Israel, not threatening, I think that’ll be the most effective way in really stopping annexation and stopping Netanyahu from making that decision.”