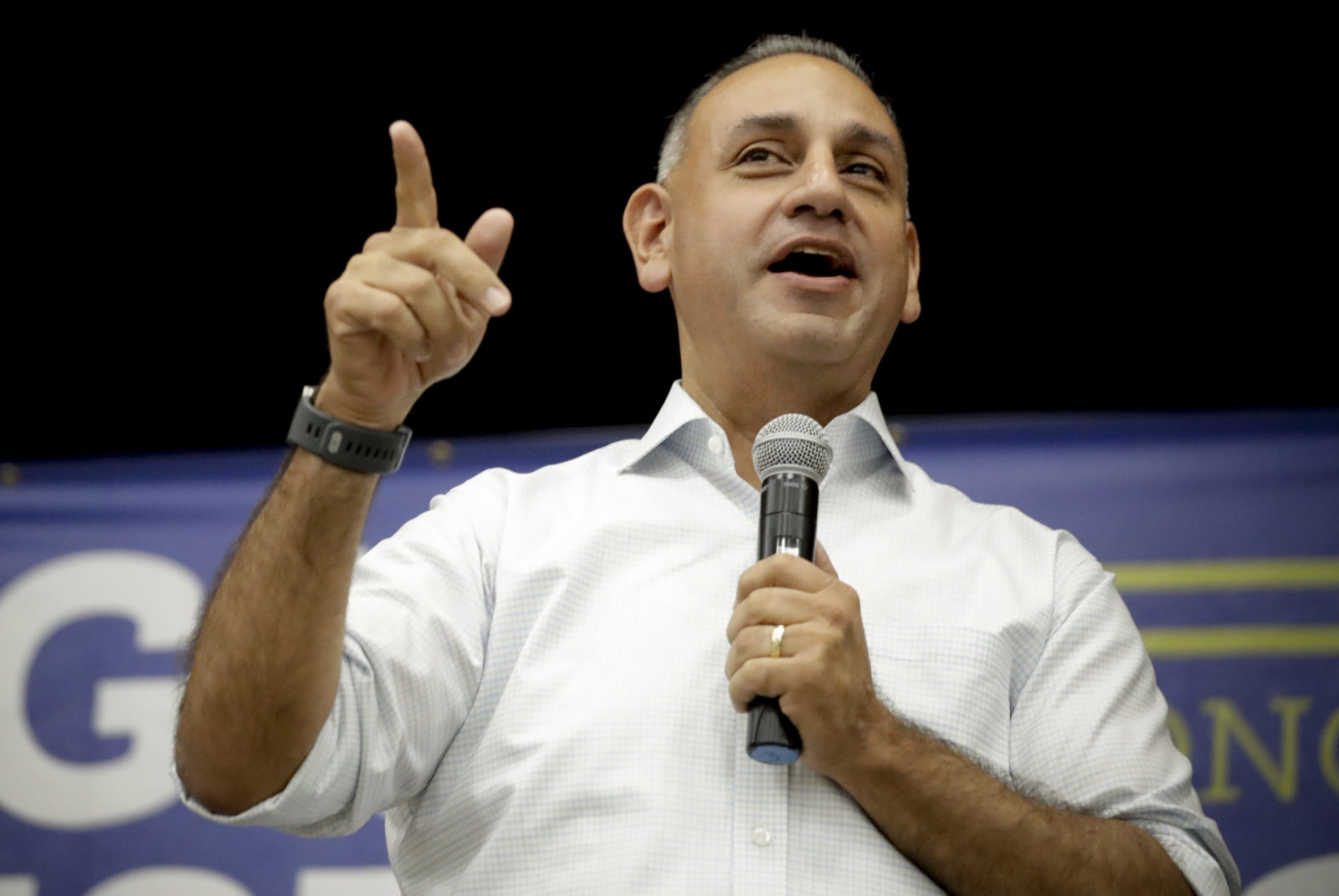 That may come as a surprise to those who know that the freshman congressman from California has already hit the jackpot. A decade ago, Cisneros won $266 million after he walked into a Hawaiian barbecue joint in Pico Rivera and, on a whim, bought a handful of Mega Millions tickets along with his chicken dinner. His good fortune came, more than mercifully, just two weeks after he had been laid off from a management job at Frito-Lay.

Cisneros’s lot has improved considerably since then, but he still enjoys testing his luck with a ticket purchase every once in a while, even if he hasn’t won the lottery again. “It’s not like I buy one every week,” he told Jewish Insider in a recent interview. “But look, if it gets up to over $100 million, why not?”

It is possible, too, that the lottery keeps Cisneros honest about his fate, functioning as a habitual reminder that he shouldn’t take anything in life for granted.

Last cycle, the 49-year-old Democrat only narrowly defeated his Republican opponent, Young Kim, in the open-seat contest to replace retiring Rep. Ed Royce (R-CA). Cisneros, a Navy veteran, was part of a so-called blue wave of Orange County Democrats, including Katie Porter and Mike Levin, who flipped their districts last cycle and made their way to Congress as part of a new Democratic majority.

Now that his term is nearly up, Cisneros is preparing to fend off the same challenger in the 39th congressional district, which encompasses portions of Los Angeles, Orange and San Bernardino Counties. Cisneros is in a comfortable position ahead of the general election in November, at least according to The Cook Political Report, which recently designated the race “likely Democrat.”

Cisneros, however, said he takes his opponent seriously, and he has reason to do so. Kim, whose campaign did not respond to an interview request, has raised $3.1 million, according to the latest filings from the Federal Election Commission — more than Cisneros, who has pulled in just $2.6 million by comparison.

Rep. Ben Ray Luján (D-NM), who is now running for Senate, backed up Cisneros’s assertion, offering an enthusiastic assessment of his House colleague.

“Gil Cisneros has a proven track record as a dedicated public servant,” Luján told JI. “Gil always fights for California’s families and, in particular, works to ensure that every child, regardless of their zip code, receives a high-quality education.”

Cisneros’s focus on education began well before he was elected to Congress. Since 2011, the Southern California native has, through a foundation that he runs with his wife, Jacki, used his lottery fortune to support Hispanic students as well as veterans in need.

For Cisneros, such philanthropic efforts are personal: He was the first in his family to go to college when he earned an ROTC scholarship to attend The George Washington University.

“That’s what really changed my life and put my life on a totally different trajectory from anybody that I grew up with, or anybody that I knew from my family,” said Cisneros, who went on to receive an MBA from Regis University as well as a master’s in urban education policy from Brown. “That is, really, where I felt like I won the lottery.”

Indeed, Cisneros seems to have a record of defying the odds. Over the past four years, the congressman estimated that he has lost about 180 pounds thanks to a diet regimen he attributed to the birth of his twin sons.

“I wanted to make sure that I was going to be around to watch them grow up, and I knew I needed to do something and to really start focusing on my health,” he said. “It’s definitely been a blessing because now I can do things with them and it’s really kind of given me a lot more energy, and it’s enabled me to live a better life.”

Cisneros spent 10 years in the Navy, during which time he was stationed in San Diego and Washington state while also traveling through the Mediterranean and the Persian Gulf.

He said his tenure in the Navy gives him a unique perspective in Congress. “Having served, I think I have a better understanding of what our men and women in uniform go through,” said Cisneros, who sits on the bipartisan For Country Caucus and whose father is a veteran who was exposed to Agent Orange during the Vietnam War.

Last summer, Cisneros visited Israel on a trip sponsored by the AIPAC-affiliated American Israel Education Foundation. He said he was inspired by the country’s mandatory national service. “I think we could learn from their experience of how committed they are to help and support their veterans,” he told JI, describing the trip as a revelatory experience.

“People just continue to go on their normal daily routine, despite everything that’s going on around,” said Cisneros, whose foreign policy agenda includes supporting a two-state solution to the Israeli-Palestinian conflict and rejoining the Iran nuclear deal, otherwise known as the Joint Comprehensive Plan of Action, or JCPOA. He disagrees with Israeli Prime Minister Benjamin Netanyahu’s plan to annex parts of the West Bank, and signed onto a letter along with 190 other House Democrats imploring Israeli leaders to reconsider the effort.

Such views have earned Cisneros the endorsement of the Jewish Democratic Council of America (JDCA) as he tries for a second term in the historically conservative district.

“Since flipping his seat from red to blue in 2018, Congressman Gil Cisneros has served as a leader in the House furthering JDCA’s socially progressive and pro-Israel agenda,” said Halie Soifer, the organization’s executive director. “Rep. Cisneros supports Israel’s security and right to self-defense, and opposed Trump’s reckless withdrawal from the JCPOA… The Jewish vote, which is overwhelmingly Democratic, can and will ensure Cisneros keeps his seat.”

Though Cisneros has only served the 39th district for a year and a half, the span of time has been a particularly tumultuous one. “It feels like I’ve been here 10 years,” he said of his first term, which has included a government shutdown, a presidential impeachment, mass protests against police brutality and a global pandemic.

Cisneros said he had secured $200 million in coronavirus relief money for the 39th district as the disease continues to ravage the United States.

Looking ahead to the fall, he said it would be necessary to create a new re-election playbook because of the virus, which has upended traditional campaigning. “We don’t know if we’ll be able to go canvass and knock on doors like we did last time,” Cisneros told JI.

Cisneros says he supports the protests against police brutality, but noted he has been telling demonstrators they should vote in the general election as well, rather than limiting their calls for change to public demonstrations.

Though fortune has served him well before, Cisneros made clear that he isn’t leaving anything to chance as the general election comes into focus.