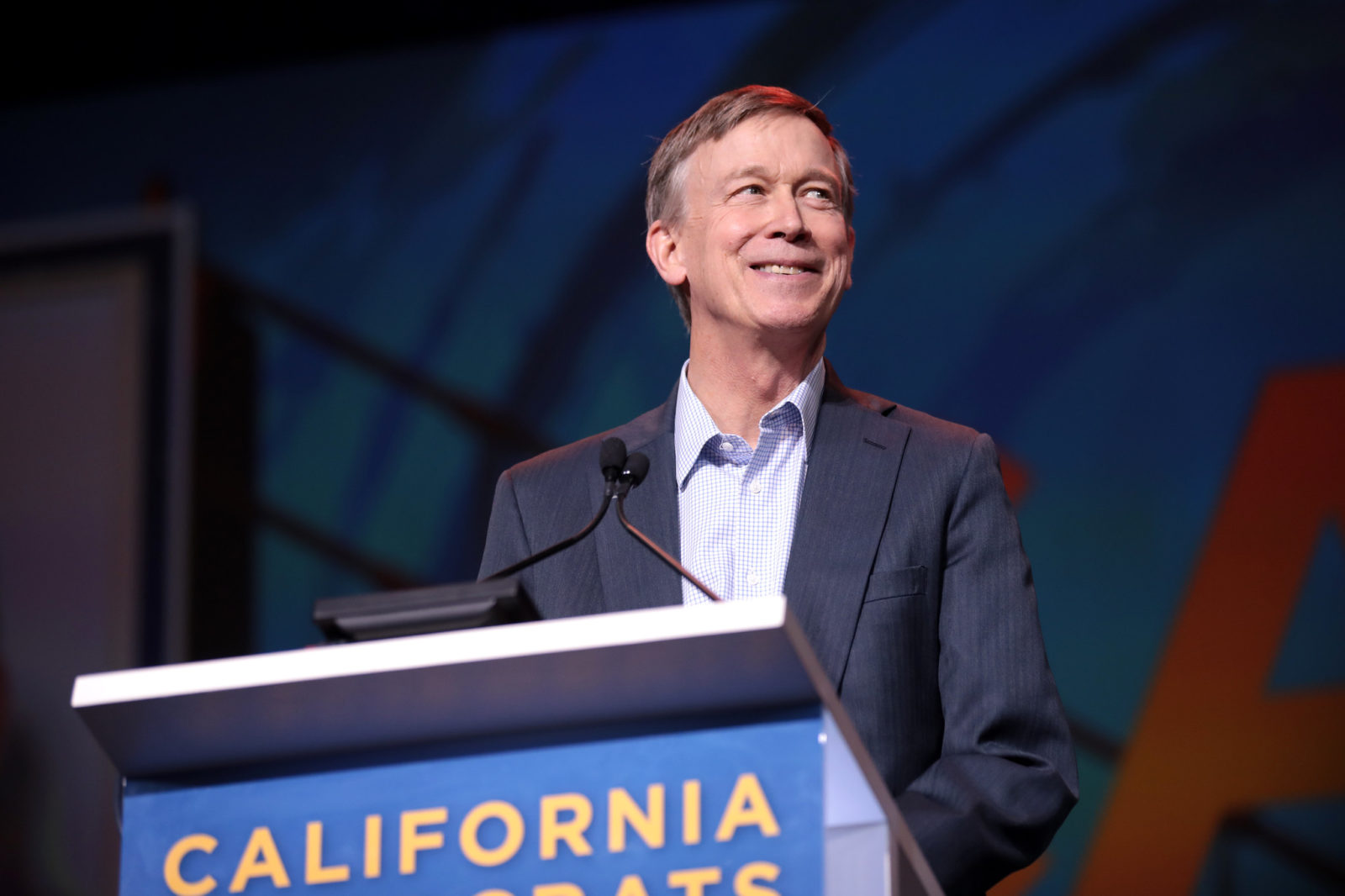 Until recently, it looked as if John Hickenlooper’s bid to unseat Colorado’s first-term Republican senator, Cory Gardner, was all but assured.

Hickenlooper, the 68-year-old former governor of the Centennial State, who briefly entered the presidential race last year before dropping out after five months, garnered early support from the Democratic Senatorial Campaign Committee and has notched a slew of high-profile endorsements as the party takes aim at flipping the Senate this fall. On top of that, polls suggested that Hickenlooper could handily beat his GOP opponent in the general election.

But a series of late-stage missteps — including two racially insensitive gaffes and a couple of ethics violations — have imperiled Hickenlooper’s prospects heading into Tuesday’s primary, where observers say his nomination may be in doubt. “He did not have a good June,” mused Kyle Saunders, a professor of political science at Colorado State University.

Hickenlooper now finds himself on the defensive as he goes up against Andrew Romanoff, a 53-year-old veteran state politician with a history of running longshot campaigns for federal office. Romanoff is still the designated underdog, experts note. But he has gained on Hickenlooper over the past several weeks, with his own internal polling, released in mid June, putting him 12 points behind the frontrunner.

“People underestimate him,” said political strategist Joe Trippi, who worked on Romanoff’s primary campaign against Sen. Michael Bennet (D-CO) a decade ago. Romanoff, who sold his house to finance his previous Senate run, came within just eight points of defeating his opponent in 2010, even as Bennet had the backing of then-President Barack Obama. “He ran very strong against a sitting U.S. senator,” Trippi recalled. “People forget that, but he did.”

Romanoff has long been regarded as a “thorn in the side of the Democratic establishment,” according to Tyler Sandberg, a GOP consultant. But he added that Romanoff had not run a particularly aggressive campaign until a few weeks ago, when it became clear that Hickenlooper’s mistakes might cause lasting damage.

Late last week, Romanoff, who has raised close to $3 million relative to Hickenlooper’s $12.6 million, released a scathing attack ad taking Hickenlooper to task for recent comments likening politicians to slaves as well as his connections with the oil and gas industry. “We can’t take this kind of risk if we’re going to beat Cory Gardner,” a voice-over says. “So vote Andrew Romanoff for a fresh, progressive voice in the Senate.”

Romanoff is campaigning as a progressive — he supports Medicare for All and the Green New Deal — placing himself to the left of the more moderate Hickenlooper.

“It’s hard to know where John stands on anything,” Romanoff told Jewish Insider in a recent interview, noting that Hickenlooper had skipped a number of candidate forums where he would have been able to make his positions known. “On healthcare, the climate crisis, on any of these issues, he has been largely in hiding.”

In spite of his insurgent status, Romanoff was at one point known for his centrism — when he served as speaker of the Colorado House of Representatives from 2005 to 2008, during which time he led the first Democratic majority in decades. He also helped pass a now-controversial immigration bill that was repealed in 2013 and has been criticized for being overly punitive.

Still, while Romanoff appears to have calibrated further left, the shift may be because he has more latitude to do so as a Senate candidate during a year in which progressive values are becoming more mainstream. Seth Masket, a political scientist at the University of Denver, points out that Romanoff was in a “compromise-oriented position” in the State House, yet one that earned him respect from both sides of the aisle. “He knew how to put together coalitions and be bipartisan.”

Before he entered the race, Romanoff spent four years as president and CEO of Mental Health Colorado, a position he took on after losing his bid for a House seat in 2014. Earlier in his career, he worked at the Southern Poverty Law Center, where he helped research the Ku Klux Klan. “By the way, I did not expect to be having the same fight 30 years later,” Romanoff said wryly, alluding to a rise in white nationalism across the nation.

Romanoff, who is Jewish, said his religion influences his approach to life and politics. “I think a lot about the teachings of our faith,” he said. He has been to Israel three times, the first with his grandfather to attend the Maccabiah Games. The other two, he said, were through fellowships sponsored, respectively, by the Aspen Institute and the Wexner Foundation. On his visits, Romanoff was struck by the “vibrancy” of Israel’s economy as well as its “ability to make the desert bloom.”

“I’d like to take a page from Israel and other countries that have accelerated their use of clean energy,” Romanoff said. “I’d like to shift from oil and gas to solar and wind and other renewables.”

As a progressive candidate, Romanoff is aware that anti-Israel sentiment emanates from his party’s left flank, but he seeks to set himself apart. “I don’t take the view that Israel can do no wrong or that it should be immune from criticism from its friends,” he said. “I think most people in both the Democratic and Republican Party share an understanding that Israel has a right to exist and to defend itself and, I think, also a desire to see a homeland for the Palestinian people. So I’d like to advance that consensus.”

In a position paper he provided to JI, Romanoff elaborates on his views regarding Israel and the Middle East. He supports a two-state solution to the Israeli-Palestinian conflict, opposes annexation of parts of the West Bank and advocates for renewing aid to the Palestinian Authority as well as United Nations agencies that support Palestinian refugees.

Romanoff also believes that the United States should rejoin the Iran nuclear agreement. While he regards Iran as “the leading state sponsor of terrorism” and doesn’t rule out military force as a means to counteract it, he characterizes President Donald Trump’s decision to abandon the deal as a “dangerous and short-sighted mistake.”

For his part, Hickenlooper also advocates for a two-state solution as well as resuming U.S. participation in the Iran nuclear deal. He has the support of a number of pro-Israel organizations, including J Street, Democratic Majority for Israel and the Jewish Democratic Council of America.

“John has an excellent record of job creation and economic progress, expanding Medicare access, combating climate change and enacting gun safety measures,” Halie Soifer, executive director of the JDCA, told JI in a statement. “His agenda is aligned with that of Jewish voters and we look forward to him winning the primary next week and the election in November.”

In a recent interview, Gardner touted his pro-Israel bonafides, telling JI that he had visited the Jewish state a number of times. “I’ve built a good relationship with Prime Minister [Benjamin] Netanyahu and actually have had the chance to work with [Alternate Prime Minister and Defense Minister] Benny Gantz as well,” he said.

Gardner endorses Trump’s decision to pull out of the Iran deal while tentatively praising the president’s Middle East peace plan. “Look, we’ve got a long ways to go,” he said. “I certainly welcome the ideas that more people have to try to find a solution. I think it’s got more work to do, and we have to keep trying.”

As enthusiasm for Trump has waned nationwide, experts say that Gardner, an avid supporter of the president, may be at a disadvantage in a state that has been trending blue and in a moment when a progressive wave is sweeping the country. Gardner acknowledges that he has a challenging contest ahead of him as his first term comes to an end. “Colorado was always tough, there’s no doubt about that.” he said. “But I feel very good about what we have done for the people of Colorado.”

Dick Wadhams, a Republican political consultant in Colorado, told JI that Gardner is in a better position than he was a few weeks ago. “I think Cory Gardner’s definitely in the game now,” he said. Wadhams added that Hickenlooper will be “limping” out of the primary if he manages to defeat Romanoff — a question mark at the moment. “A month ago, I would have said there’s no way Romanoff has any shot at this, but today I’m saying he’s got a shot.”

That Hickenlooper — whose campaign declined repeated requests for an interview with JI — is facing a serious primary challenger may come as a surprise to the Senate hopeful, who has “led a charmed political life,” according to Masket. “He’s honestly not faced that many serious competitors, and part of that is because a lot of Republicans have feared running against him, but he has always  been very good at managing to get Democratic constituencies on his side while not scaring off moderates.”

Laura Chapin, a Democratic political consultant in Colorado, has faith in Hickenlooper’s chances, having voted early for him in the primary because of his record on reproductive rights, which she supports. She believes the ethics issues — charges that, as governor, Hickenlooper accepted gifts including a private jet ride — have been overblown.

Still, Romanoff believes he can beat Hickenlooper and then vanquish Gardner in November. “A lot of voters are reevaluating their decisions,” he said.

Though Romanoff announced that he had left the state on Tuesday to be with his dying father — preventing him from campaigning, at least for a few days, in the last week before the primary — he will return to Colorado today, according to a spokeswoman for his campaign.

In conversation with JI, he appeared to be energized by the prospect of finally fulfilling his ambition to move beyond state politics.

“For me, the opportunity here is not just to point out all the places where Gardner and Trump have gone wrong,” Romanoff said, “but to paint a picture of what the world might look like if you put a different group of people in charge.”