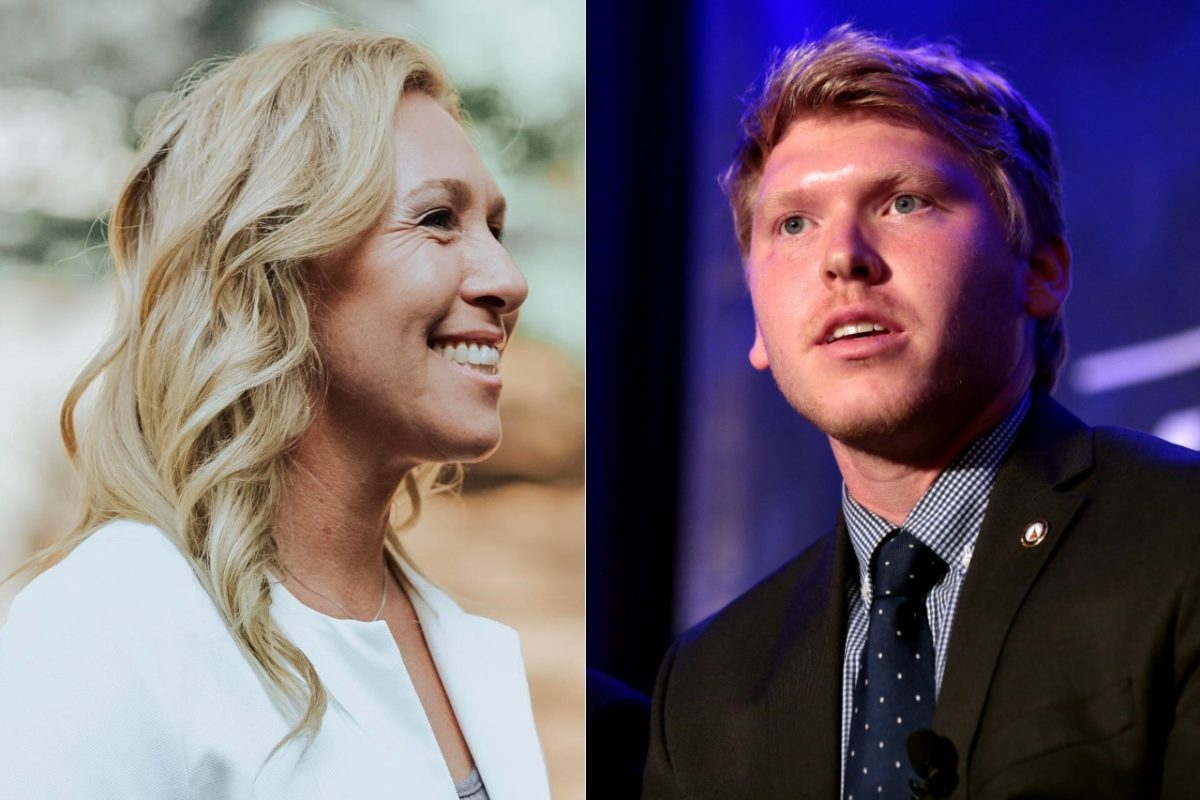 Jewish organizations are voicing concern following Republican primaries in Georgia’s 9th and 14th congressional districts, where candidates who have ties to a prominent neo-Nazi have advanced to runoff elections.

Winning more than 40% of the vote in Tuesday’s primary, Marjorie Taylor Greene moved on to the August 11 runoff in Georgia’s 14th congressional district against physician John Cowan. In the state’s 9th district, current State Rep. Matt Gurtler was the biggest vote getter, and is also advancing to a runoff against firearms dealer Andrew Clyde.

Greene has trafficked in conspiracy theories, including some that incorporate antisemitic tropes, and posed for photos with former neo-Nazi leader Chester Doles, who described her as a “friend” on his social media account.

The Anti-Defamation League called on Greene to distance herself from Doles. “No serious candidate for office should be posing for pictures with a prominent white supremacist leader and propagating dangerous, antisemitic conspiracy theories,” ADL Southern Division Vice President Allison Padilla-Goodman said in a statement to Jewish Insider. “Now that Ms. Greene has advanced to a runoff, she should immediately clarify and/or disavow her relationship with neo-Nazi Chester Doles, rather than simply writing it off as ‘fake news.’ Failure to do so is a moral failure and unbecoming of someone seeking elected office.”

Gurtler has also posed for photos with Doles. He told the Atlanta Journal-Constitution that a constituent asked him to make an appearance at an event for “a pro-gun, conservative group that supports President Trump” and was founded by Doles. Gurtler claims he took a photo with the speakers at the end of the event. The “context is straightforward,” he told the newspaper.

Rabbi Abraham Cooper, the director of global social action agenda of the Simon Wiesenthal Center, said he found it troubling that neither Greene nor Gurtler denounced Doles. “The fact that someone could be with a neo-Nazi and think nothing of it… that’s something that should trouble not only the Jewish community and the Jewish voters, but should trouble [any] potential voter,” he said.

Cooper was hopeful that Republican leaders would address the situation. “I think everything should be done to have the leadership of the party take this issue on directly,” he said. “When these things come up, they need to be denounced.” The Georgia Republican Party did not respond to a request for comment.

Republican Jewish Coalition executive director Matt Brooks told JI that the organization will not be endorsing Greene. The group, Brooks said, has “no plans to get involved in this primary.” Brooks also told JI that the RJC would not support Greene or Gurtler should either of them advance to the general election.

The 14th district is one of the nation’s most conservative. The winner of the runoff will go up against Democrat Kevin Van Ausdal in November, and is expected to win. Greene took 41% of the vote in the primary to Cowan’s 19%.

“Most of the time the primary leader wins the runoff, and the prospects for a primary winner increase with the size of the margin between that person and the runner up,” University of Georgia political science professor Charles Bullock told JI. “You can be pretty safe on betting on Marjorie Greene.”

Jamie Carson, another UGA political science professor, concurred with Bullock, saying that Cowan would need to pick up nearly all of the voters who cast their ballots for other candidates in the primary in order to emerge victorious.

Gurtler led his primary by a smaller margin — he won 22% of the primary vote, compared to Clyde’s 19%. The 9th district, currently represented by Rep. Doug Collins (R-GA) — who is vacating the seat to run for Senate — is even more conservative than the 14th, according to the Cook Political Report.

Bullock said Gurtler is likely to prevail in the runoff, but Carson is less certain about Gurtler’s chances. “Andrew Clyde [came] in a close second,” he said. “It could potentially go either way… 60% of the makeup of the district voted for someone else.”

Both Greene and Gurtler have backing from influential voices within the Republican party.

Greene has been endorsed by Reps. Jim Jordan (R-OH), Matt Gaetz (R-FL) and Andy Biggs (R-AZ), as well as the House Freedom Fund — the political arm of the House Freedom Caucus — and Turning Point USA founder Charlie Kirk. The Freedom Fund has also donated more than $200,000 to Greene’s campaign, in addition to $44,000 in outside spending supporting her.

Gurtler has been endorsed by Sen. Rand Paul (R-KY) and Rep. Thomas Massie (R-KY). He is backed by a PAC associated with the Club For Growth, which has donated more than $10,000 to his campaign. The Club for Growth’s super PAC spent almost $270,000 in independent expenditures to support Gurtler. Another super PAC, Protect Freedom PAC, spent more than $320,000. Paul, Massie, The Club for Growth and Protect Freedom PAC did not respond to requests for comment.

Halie Soifer, the executive director of the Jewish Democratic Council of America, denounced both Greene and Gurtler. “It is unconscionable — yet sadly not surprising — to see Republican candidates in Georgia aligned with antisemites, neo-Nazis and white nationalists,” she said. “With a president who himself has referred to neo-Nazis as ‘very fine people,’ espoused antisemitic comments and emboldened extremists in our country, it’s no wonder that Republican candidates feel they have the license to align with hate groups.”