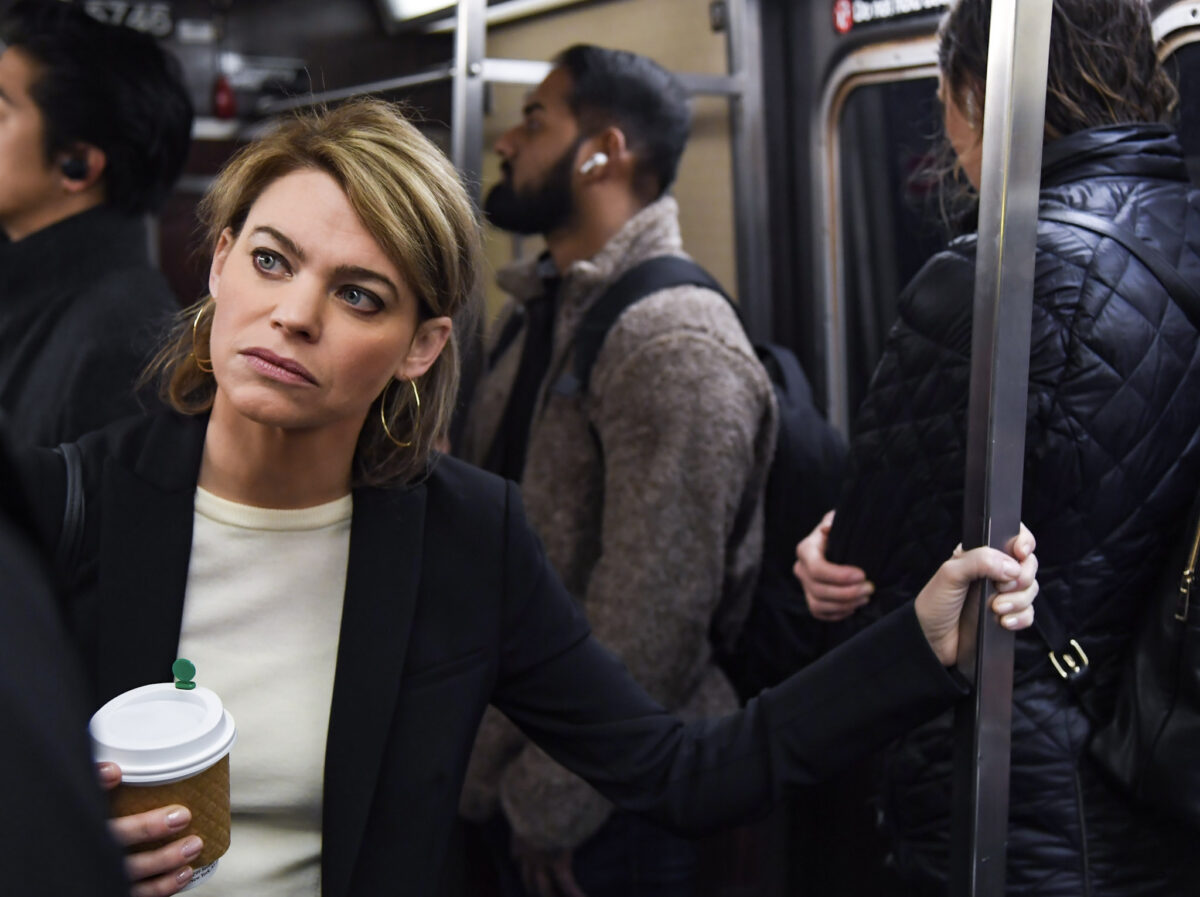 Sarah Feinberg must have known that she was stepping into one of the more challenging jobs in local government when she agreed to serve as interim president of the New York City Transit Authority (NYCTA), which oversees an extensive network of subways and buses.

But nothing could have prepared her for the novel coronavirus pandemic, which has ravaged New York since she took over the NYCTA on March 2, a week ahead of schedule. The city’s public transportation system has been hit particularly hard as ridership has fallen by more than 90%. Meanwhile, more than 80 of the city’s transit workers have died from the virus.

“It’s certainly been, I think, absolutely the most difficult few months of my professional career,” Feinberg, 42, told Jewish Insider in a recent phone interview. “But it’s nothing compared to a lot of what the men and women who work at New York City Transit are going through.”

Feinberg was forced into quarantine only a few weeks into the position, when it became clear that she had come into contact with a few agency workers who had the virus.

Now that she is out and virus-free, Feinberg has been commuting by subway to her office at 2 Broadway in the Financial District, where the Metropolitan Transportation Authority — the parent agency of the NYCTA — is headquartered.

“We’re trying to stagger the people who are in the office so that, as you can imagine, we’re not all in a room together, exposing each other,” Feinberg said. “But I’m still using the system.”

Feinberg is preparing the subway system for what may be the biggest change in its 115-year history. On May 6, the city is scheduled to cease 24-hour subway service — shutting down entirely between 1 a.m. and 5 a.m. — in an effort to disinfect trains while also clearing cars of homeless individuals who are taking refuge in the city’s subways amid the pandemic.

It is the first time in the NYCTA’s history that the subways won’t offer round-the-clock service, but Feinberg said she has come to expect such changes. “In these crises, things are unfathomable,” she said, “and then you wake up the next day and you realize whatever you did the day before, you have to figure out a way to do more.”

Feinberg’s extensive resume put her in as good a position as any to take over the NYCTA. Previously, she served as president of the Federal Railroad Administration and before that as chief of staff at the U.S. Department of Transportation.

She also worked as a special assistant to President Barack Obama and as a senior advisor to his chief of staff, Rahm Emanuel, where she advised on the government’s response to the H1N1 swine flu pandemic.

Her experience with that outbreak was instructive, if only because it caused her to realize that she should expect the unexpected.

“There are consequences to these challenges that you really can’t see coming when they start,” said Feinberg, who most recently sat on the MTA board. “Really smart, really experienced people see some of them coming, but it’s impossible to see all of them coming.”

Feinberg inherited the NYCTA from Andy Byford, the transit whiz who is credited with turning around Toronto’s once-foundering public transportation system. He resigned in January after butting heads with Gov. Andrew Cuomo, who controls the MTA.

Did Feinberg feel as if Byford had lucked out by leaving when he did?

She laughed, then took an exasperated sigh. “I think most public servants like Andy and like myself want to be on the field for moments like this,” she said diplomatically. “I mean, generally, people who have devoted their careers to public service, they think of it as an athlete — they want you to give them the ball. People generally want the ball. So my guess is he misses his colleagues and is wishing everybody well.”

Have they communicated since the virus hit New York? “We emailed early on but I have not talked to him in some time,” Feinberg said.

Feinberg has been soliciting advice from a wide range of confidants as she works her way through the crisis, including Emanuel. “He’s like family to me,” she said.

Other sources include Dr. Tom Frieden, former head of the Centers of Disease Control; Veronique Hakim, a former president of the NYCTA; Jeff Marootian, director of the District Department of Transportation in Washington, D.C.; and Postlight CEO Paul Ford, who Feinberg met through her partner, Josh Tyrangiel, a journalist and former senior vice president of news at Vice Media, as well as the former editor of Bloomberg Businessweek.

“Sarah calls on us from time to time for advice around technology,” said Ford, whose company conducts technology platform and consulting work for the MTA. “She listens, she asks good questions, and she’s very gracious about asking for time. She’s also funny and frank.”

Feinberg said she had also given out her email address to everyone in the NYCTA. “I want to hear from people if there’s an issue or a problem,” she said.

Feinberg maintains that the job is still temporary, adding that she had not given much thought, if any, to when she would hand the reins to the next president. “It wouldn’t even be right to spend any of my moments thinking about that right now,” she said. “I have to be thinking about other stuff.”

“In a crisis like this, your brainpower is just totally focused and consumed.”

Though Feinberg has had to abandon many of the plans she had for New York’s public transportation system — which suffers from, among other things, chronic delays — she hopes to find time in her busy schedule to address some of the issues that were on her agenda, such as making stations more wheelchair-accessible.

“I still have high hopes that we’re going to get through this,” Feinberg said.

“I have no prediction on when ridership comes back to pre-pandemic levels of moving millions of people every single day,” Feinberg told JI. “But it will come back in ways that people probably can’t fathom right now because that’s who we are.”

Feinberg was about to go away on a long-planned trip with her family before stepping into her new job, a vacation she had to cancel. Now, she worries about infecting her family because of her work out in the field.

Still, there are moments of tranquility. Recently, she said, Tyrangiel arranged a surprise Zoom call with some of her closest friends, an act that she described as “unbelievably sweet.”

“He is carrying a load that I can’t even explain,” Feinberg said of Tyrangiel.

But the load the Feinberg is carrying seems to be far heavier by comparison. “If I can see [my daughter] in the morning and give her her bottle, and if I can do bedtime, and I have still gotten through the day and served New York City Transit well, then I have won the day,” Feinberg said. “But there are not many days like that, unfortunately.”