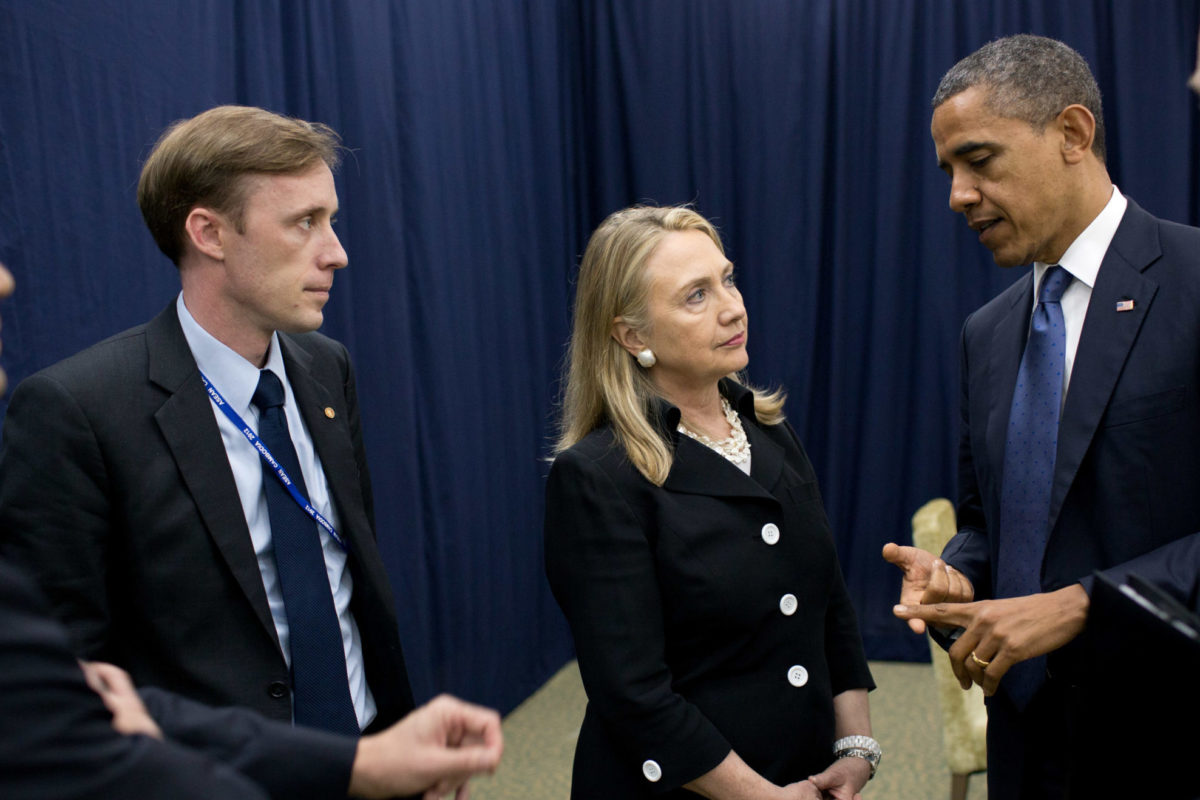 Jake Sullivan, who served as national security advisor to Vice President Joe Biden, discussed the future of the Iran nuclear deal in a webcast hosted on Monday by the Hudson Institute, and moderated by Wall Street Journal columnist Walter Russell Mead.

Sullivan, who was part of the team that established back channel talks with Iran that led to the 2015 nuclear deal as an aide to then-Secretary of State Hillary Clinton, maintained that the Trump administration’s snapback sanctions on Iran have “vindicated the basic principle” behind the Joint Comprehensive Plan of Action (JCPOA).

Sullivan explained that opponents of the deal argued that Iran will grow economically powerful and resilient as a result of the sanctions relief, making it almost impossible for the U.S. to snapback sanctions. Instead, he argued, the unilateral U.S. withdrawal from the international accord and the reimposition of sanctions on Tehran proved “the power of the U.S. dollar and the U.S. financial system” that it was sufficient enough to drive down Iran’s oil production.

“[That] tells us that actually the basic logic of a nuclear deal that says, ‘You get sanctions relief if you continue to comply with strict limitations on your program, but if you violate those limitations, we will snap sanctions back,’ [works],” he added.

Going forward, Sullivan suggested that a potential Biden administration should “immediately re-engage in nuclear diplomacy with Iran” and “establish something along the lines of the JCPOA, but immediately begin the process of negotiating a follow on agreement” which would deal “with the timelines for the restrictions and extend them, and should also try to address other elements that we have learned, subsequently, could be strengthened.”