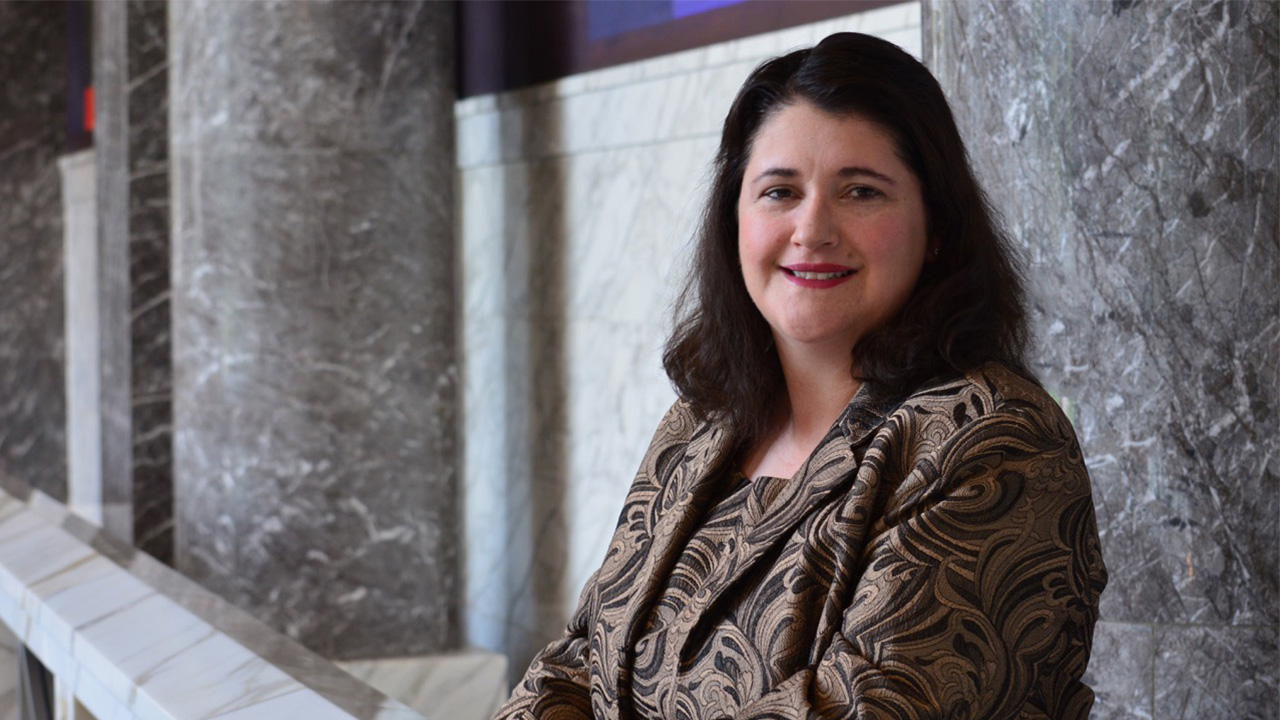 Zahra Karinshak likes to point out that she was nominated to attend the U.S. Air Force Academy, in 1989, by George “Buddy” Darden, the former congressman who represented Georgia’s 7th congressional district from 1983 to 1995 — and the last Democrat to hold the seat.

Now that she is running for Congress as a Democrat in the same district, Karinshak believes there is a kind of tidy circularity that gives her campaign an auspicious edge. “Granted, the borders have changed,” Karinshak told Jewish Insider in an interview. “But there’s a little bit of karma there.”

Karinshak, who currently serves as a state senator, will have to rely on more than just karma as she goes up against five other candidates in the crowded Demoratic primary, scheduled for June 9.

Her opponents include the young progressive Nabilah Islam, state representative Brenda Lopez Romero and Georgia State University professor Carolyn Bourdeaux, who, last election cycle, came within 433 votes of unseating Rob Woodall, the Republican representative who is retiring at the end of his term.

Bourdeaux is the obvious frontrunner, experts say, having notched endorsements from such heavyweights as Reps. John Lewis (D-GA) and Hakeem Jeffries (D-NY). She leads the pack in fundraising, too, with a war chest of more than $1.5 million, according to the Federal Election Commission.

“I think Bourdeaux has the inside track,” said Daniel P. Franklin, an associate professor emeritus of political science at Georgia State University, qualifying that the coronavirus pandemic made it difficult to make firm predictions. “She’s certainly the most well-known of the Democratic candidates.”

Still, Karinshak sees things differently. “She ran last time and lost when she should have won,” Karinshak, who is 52, said of her opponent. The congressional hopeful — who has raised an estimable sum of more than $650,000 since joining the race last August — speaks from experience.

In 2018, she flipped the Republican-held 48th district in her first campaign for elected office. Given her success, Karinshak — who was endorsed by former President Barack Obama in her State Senate run — faced some pressure to keep her seat given that she had to give it up to run for Congress, according to Charles S. Bullock III, a professor of political science at the University of Georgia’s School of Public and International Affairs.

“A lot of Democrats hoped she would stay with that, so they could hold onto the seat,” Bullock told JI.

“I know some people have voiced concerns about that,” Karinshak acknowledged, adding that she was confident the seat would remain in Democratic hands. “At the end of this race, it’ll be a plus one — we’ll flip another seat that needs to be flipped and should have been flipped last time.”

It remains to be seen, of course, if Karinshak will be the one to have flipped it, though her background suggests that she would appeal to voters in the 7th district, a swath of metropolitan Atlanta that includes parts of Gwinnett and Forsyth Counties. The demographics of the district, known for its diversity, have changed considerably in recent years, thanks to a growing immigrant population.

“We’re seeing that being reflected in terms of the people holding office,” said Andra Gillespie, an associate professor of political science at Emory University.

Karinshak, whose father emigrated to the United States from Iran, was raised in the rural town of LaFayette, home to her mother’s side. “When we grew up in northwest Georgia, there were no Persians for 1,000 miles,” said Karinshak, who talks with a Southern drawl. “So there was really nobody to speak for us.” She graduated in the 10th class of women to have been accepted to the Air Force Academy, where she studied Arabic.

Subsequently, she worked as an intelligence officer during the Persian Gulf War. “I can’t tell you anything,” Kainshak said jokingly. “I’d have to kill you.” She went on to serve as federal prosecutor and now — in addition to her service in the Georgia State Senate — works as a partner at the Atlanta law firm of Krevolin & Horst, where she focuses on whistleblower cases.

Karinshak has been endorsed by the National Iranian American Council as well as the Second Service Coalition, an organization devoted to supporting candidates with military service whose co-chairs include Rep. Max Rose (D-NY).

Though she has never been to the Middle East, Karinshak said that the region has long fascinated her. “I’ve always wanted to be someone who bridges the gap and is a problem solver to bring all this together for the greater good,” she told JI, “because that area of the world is so important.”

She supports a two-state solution to the Israeli-Palestinian conflict. “I think people lose sight of that and don’t work for that objective in a way that is most productive by including both parties,” she said. “You can’t do it alone. You can’t brute-force it. These are very nuanced relationships over thousands of years.”

Still, she added that she has much to learn when it comes to such issues. “I don’t pretend that I know everything,” she said. “I’m a very good listener, and I love input from others.”

When it comes to the Iran nuclear deal, she speaks with more authority. “We as a country must move forward with our allies, including Israel, to keep pressure on the Iranian regime to abandon its ambitions to develop nuclear weapons and ballistic missiles,” she said. “Our common goal is to ensure Iran doesn’t obtain the technology to threaten other nations with weapons of mass destruction.”

That goal, she said, requires that the U.S. work with Israel on intelligence sharing and economic sanctions.

“But we must remember that the Iranian people are not consistent with the Iranian leadership,” she said, speaking from her own personal experience as an Iranian-American. “So we need to be cognizant that the Iranian-American people are separate and distinct. And we have to bear that in mind with whatever sanctions or other efforts we use to get Iran to a place that it needs to be, which is not being a threat to its neighbors.”

As the child of an Iranian immigrant, Karinshak is intimately attuned to the concerns of her constituents as President Donald Trump has instituted policies that have worried many immigrants.

“The sky’s the limit in America, and we need to keep that true,” said Karinshak, who hopes to be the first Iranian-American in Congress come January. “That is at risk under the current administration, and we need to correct our course.”