Is the crisis on college campuses over Israel overblown? 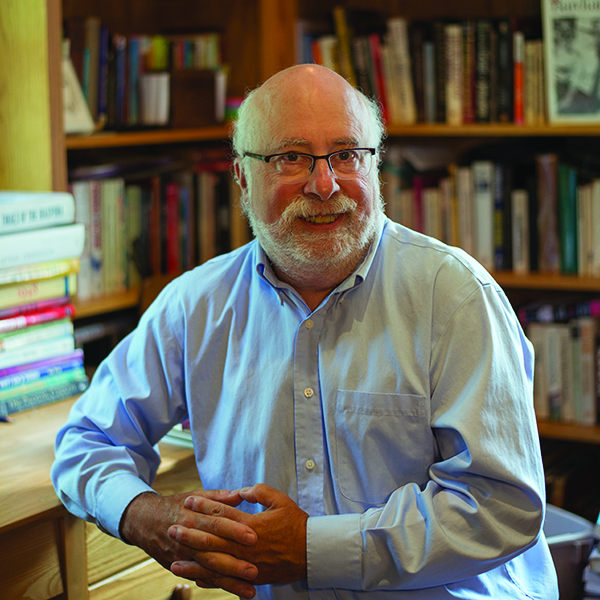 Kenneth Stern believes that reports of a crisis for Jewish students on college campuses have been greatly exaggerated.

In his new book, The Conflict Over the Conflict: The Israel/Palestine Campus Debate, Stern argues that the state of rhetoric over Israel and Palestine on American campuses is suppressing academic freedom and cutting off any attempt at a civil and rational approach to the issue.

“Some organizations try to paint it as if the campuses are burning and everybody’s an antisemite and Israel is a hot-button issue every place,” Stern, the director of the Bard Center for the Study of Hate, told Jewish Insider in a recent interview. “Israel is not a hot-button issue in most places.”

And on campuses where the Israeli-Palestinian conflict is hotly debated, he added, “data shows consistently over the last number of years, that you have pretty much twice as many pro-Israel activities as you do anti-Israel ones. So it’s a more nuanced picture than people on either side try to paint.”

What troubles Stern deeply, rather, are the constant attempts to censor and demonize the other side instead of engaging.

“People are basically trying to get into their own corners and feel self-righteous and shut down the other side,” Stern said. Instead of dialogue or introspection, he added, “people are trying to be warriors on one side or the other and paint the other side as demonic.”

That isn’t to say, he noted, that there aren’t troubling instances of antisemitic behavior on campuses and the vilifcation of Israeli and pro-Israel students and faculty.

“For me, the worst of the worst is the attempt to segregate Israeli academic institutions and therefore Israeli academics from the global community of scholars,” he said. “Those are things that are deeply concerning and totally irreconcilable with the idea of academic freedom.”

But on college campuses today, he said, both sides are engaging in that type of behavior, which does little to facilitate healthy discourse.

“Pro-Palestinian students might try to censor by shouting, disrupting, and heckling; Jewish organizations tend to work through connections to administrators and donors, with phone calls and emails,” he writes. “But the goal — diminishing the other side’s ability to speak — is the same.”

Stern has all the bonafides and qualifications to make his case. He spent 25 years as the director on antisemitism, hate studies and extremism for the American Jewish Committee. And he was among the key figures who drafted the IHRA’s “working definition of antisemitism” more than 15 years ago.

The antisemitism definition he helped draft eventually became the basis for President Donald Trump’s executive order last year targeting antisemitism on college campuses. Stern has been outspoken in his opposition to applying that definition to academic institutions, something he says was never intended by its authors.

“What troubles me is… the intentional chilling effect on the campus,” he said. “On campus, you have to be able to explore ideas and examine them.” And the new executive order, he said, is going to force administrators to worry: “Is my university going to get sued if this type of speaker comes to campus, or if this type of course is taught, or if something happens, and I don’t speak out and condemn it?”

The net effect is a flattening of the debate which, Stern believes, ultimately does everyone a disservice.

“You want people to understand that this is a somewhat unique and complex country,” he said. “And to engage the complexities and to see that it’s a competition of two narratives.” The goal, he said, should be to spark a discussion over “how do you engage it? How do you think about it? I think that will lead to much more thoughtful things down the road.”

In his book, Stern levels some harsh criticism at AJC, which he left in 2014. The organization, he wrote, “sacrificed an instinct for serious thought, discussion, and self-reflection in favor of ardent pro-Israel advocacy.” But Stern told JI that he didn’t leave the organization on negative terms.

“I had a wonderful 25 years there,” he said. “If you spend 25 years in any place, of course, there are going to be things you like and things you don’t like.” Stern said that “towards the end” of his time at AJC, there were things “that I found more problematic.”

But after such a long time working there, he said, “it was just time to go. The agency had somewhat changed, and I wanted to do different things.” He maintains that “a lot of parts of the agency are still doing very valuable work.”

In response to a request for comment, Daniel Elbaum, the chief advocacy officer at AJC, told JI that Stern’s claim “seems to say more about the author, who himself was not involved in decision-making regarding Israel while at AJC, than it does about us. In fact, we believe that to be reflective, and we are an organization well-known for extensive deliberations and debate, is, yes, to be pro-Israel, which we proudly are.”

In 2011, several years before he left AJC, Stern penned an op-ed together with Cary Nelson, then president of the American Association of University Professors, decrying the attempt to apply his “working definition on antisemitism” to college campuses. Several months later, AJC executive director David Harris disavowed the op-ed, calling it “ill-advised.” The AJC also embraced Trump’s decision last year to apply the definition to college campuses.

“The capacity to tolerate complexities and differences, especially when it came to how Israel is portrayed on the college campus, diminished over time,” Stern writes in the book about his time at AJC. “Appearing ‘strong’ in defense of the Jewish people, as both a political end and a fundraising necessity, trumped nuance.”

Stern says the trend toward reflexive and all-encompassing pro-Israel advocacy is something he sees mirrored in many Jewish organizations today.

“I think the arc is more focused on Israel,” he told JI. “I get why it continues to be a concern and a focus. But what troubles me is that it’s become the predominant focus. And there is a detriment to that.” Mainstream Jewish organizations in the ‘80s and ‘90s, he said, “really had a much broader lens to what it thought Jewish values were in terms of American society.”

And that broader communal work on issues like education, immigration and civil rights, Stern said, meant that “you were able to build up long-term professional-to-professional relationships with people who were from different communities.” That made it easier to call on them for support in defending Israel or other issues. Today, he said, “the Jewish community — by narrowly focusing on Israel because it’s seen as more important than these other things — makes the Israeli advocacy less effective in some ways.”