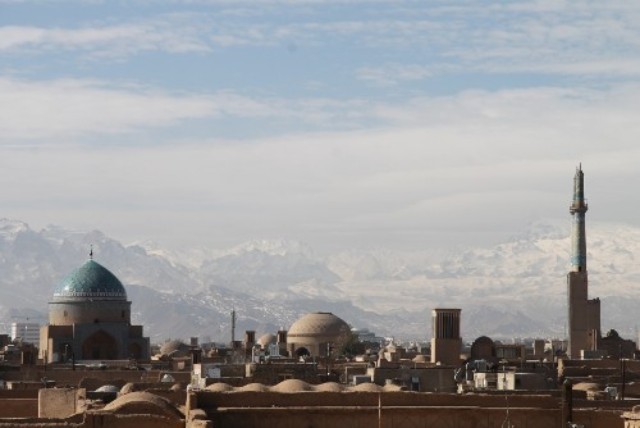 The International Atomic Energy Agency’s board of governors is expected to meet next week amid a new report that Iran recently crossed the threshold of having enough uranium to produce a single nuclear weapon, for the first time since the U.S. withdrew from the 2015 nuclear deal. The IAEA report also documented how Tehran blocked inspectors from visiting three suspicious sites with evidence of past nuclear activity.

What to expect: Andrea Stricker, a research fellow at the Foundation for Defense of Democracies, tells Jewish Insider that Iran’s refusal to cooperate could force the international monitor to refer the matter to the U.N. Security Council, leading to snapback sanctions on Tehran. “If the matter is eventually referred by vote to the U.N. Security Council due to Iranian stonewalling, [that] may be a natural death of the JCPOA because parties will be more united in the notion of reinstating international sanctions against Iran,” Stricker said.

What comes next: Olli Heinonen, a former deputy director-general of the IAEA, tells JI that Iran’s break-out time will dramatically reduce with the building of new centrifuges. “We should also note that Iran is not dashing to build enriched uranium stocks, but is proceeding in a calibrated way,” he said. “The fact that they are manufacturing advanced centrifuges, which can be installed fairly quickly, brings the breakout time steadily down when they decide to do so. We need also to add to the calculus that they may install those centrifuges to unknown locations.”

View from Washington: Speaking at the State Department on Thursday, Secretary of State Mike Pompeo called the latest revelations “an extremely serious matter.” Pompeo highlighted the flaws of the 2015 nuclear deal which would have allowed Iran to expand its uranium enrichment program in 2031. Pompeo called on the U.N. Security Council to renew the arms embargo on Iran before it expires in October.