courage to call out 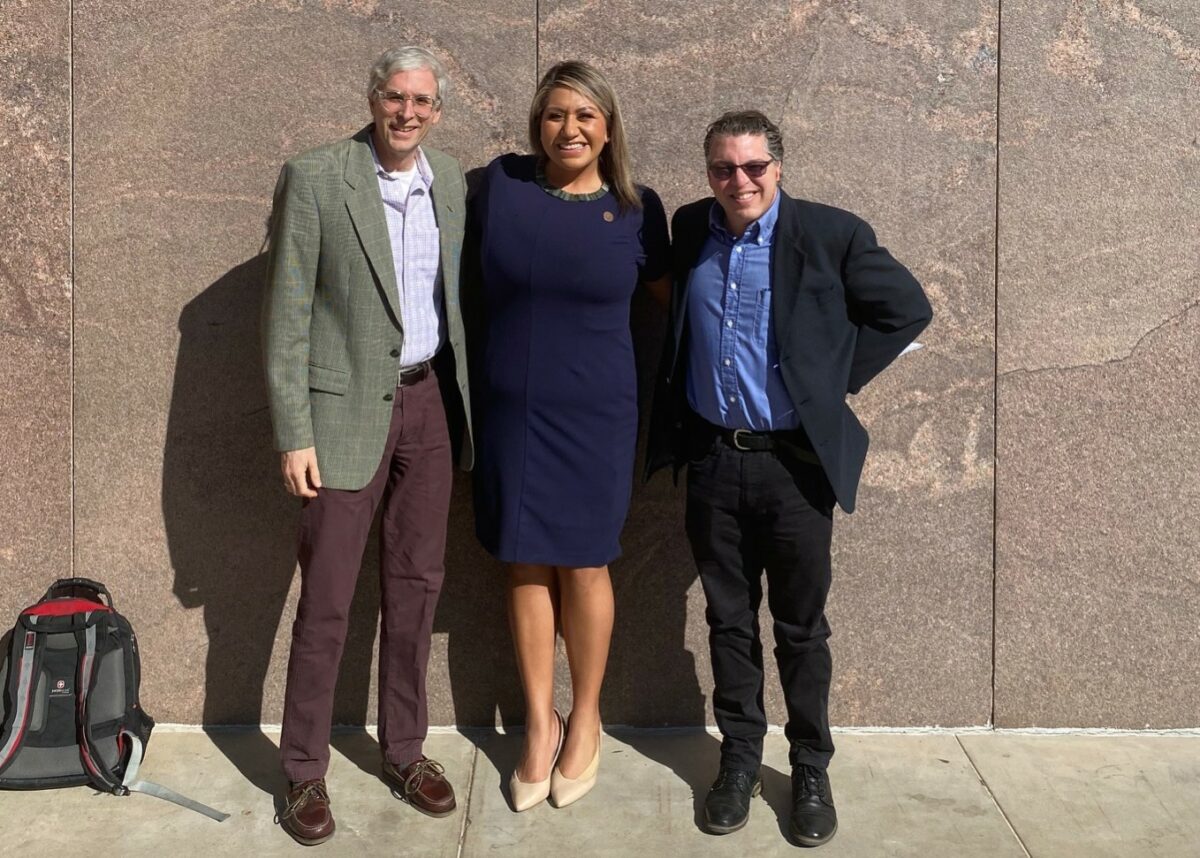 In an interview with Jewish Insider on Thursday, Arizona Democratic House Representative Alma Hernandez expressed her disappointment at her party’s leadership for opposing a bipartisan bill she introduced to track antisemitic incidents.

Details: The bill (HB2683) — which requires the state’s Department of Public Safety to collect information about criminal offenses “that manifest evidence of prejudice based on antisemitism” and is based on the International Holocaust Remembrance Alliance definition of antisemitism — passed the Republican-controlled House of Representatives last week by a margin of 52 to 8, including six Democrats. Among the lawmakers who voted against the bill were Minority Leader Charlene Fernandez and Minority Whip Athena Salman, as well as Reginald Bolding and Randall Friese, members of the leadership team.

Record: Hernandez, a Mexican-American Jewish millennial and the youngest member of the legislature, had two bills pass through the state body, which has a thin GOP majority (31-29), in her first term. The other piece of legislation, a Holocaust education bill (HB2682), which would require students to study the Holocaust at least twice between the 7th and 12th grades, has already been advanced through the Senate committee this week and is up for a full floor vote next week.

Disappointed: Hernandez told JI that she was “fairly disappointed” that the entire Democratic leadership team voted against the antisemitism bill, following lobbying from the American Civil Liberties Union (ACLU) against the measure. “I think it sends a wrong message to the Jewish community. With the rise in antisemitism and everything going on in the country, if anything we should all be united in standing up against antisemitism.”

Road block: Hernandez suggested that her party’s opposition to the bill makes it “very difficult” for her to defend the Democratic Party against accusations of antisemitism on the left. She said it was “disheartening” that her party’s leadership would oppose a rare bill that had gone up for a vote on behalf of the minority party.

Big deal: “Coming in, I knew I wanted to do something to help our Jewish community,” Hernandez explained why she focused on these two issues — Holocaust education and combating antisemitism — as her first pieces of legislation. “These are two issues that I know we could find common ground and agree on. And part of being able to accomplish all of this was working on both sides of the aisle and continuing to work with people even if I don’t agree with them on every issue.” Hernandez said she was proud that “out of the seven bills I dropped this session, four of them have passed out of committee unanimously and two of them have already been voted out of the House.”

All in for Joe: Hernandez told JI that she has been a longtime Joe Biden supporter because she believes he’s a leader who “will call out antisemitism and hate, and has a plan to actually combat these things and not just point fingers and say, ‘These people are horrible and this needs to stop.’” The young lawmaker said the same cannot be said of Sen. Bernie Sanders (I-VT). “Being that Sanders is Jewish, you’d think he’d be a little more sympathetic and wanting to talk more openly about protecting our community, and he hasn’t done that, at least from what I’ve seen,” she asserted. “If anything, he has gone after people like me who are progressive and are aligned with AIPAC, making us out to be these hateful people, which we are not.”

Looking ahead: “I hope that the rhetoric on the left and among the more progressive people in my party changes when it comes to the Jewish community and Israel — because I think that does not help our case for fighting antisemitism when we have one fracture of the party that is okay with some of the things that have been said and done,” Hernandez said. “I wish that me and many of my friends and colleagues would not feel so isolated when it comes to the Democratic Party on issues that affect our community. I’m hoping that will change hopefully, depending on who the nominee is.”