Everyone Knows The Rules

‘Is it kosher?’ Dave Portnoy interrupted while reviewing a Philly cheesesteak 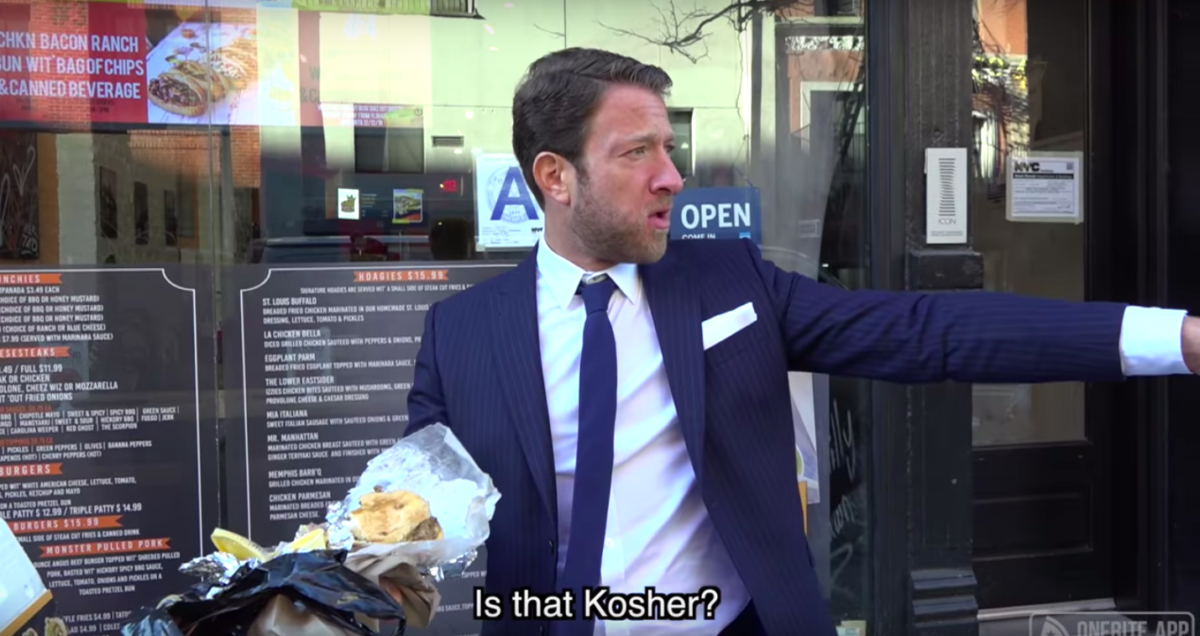 While chowing down on a Philly cheesesteak outside of Izzy’s Cheesesteaks on New York’s Lower East Side on Monday afternoon, Barstool Sports founder Dave Portnoy was interrupted by a fellow member of the tribe who had a pressing question.

“Is that kosher? It’s supposed to be kosher,” the passerby, Eugene Weiser, shouted at Portnoy, who was busy filming a segment for his site’s “One Bite Pizza Reviews.” After looking back at the shop, Portnoy, looking confused, responds, “What do you mean?”

Weiser, who serves as president of the Congregation Chasam Sopher synagogue, explains, “Kosher. So we can eat it.”

Portnoy, still confused and standing in front of an Izzy’s sign touting the shop’s chicken bacon ranch bun, shrugs and — dropping an expletive — says, “This guy’s asking me if it’s kosher. I got f——  no clue.”

Weiser has deep roots on the Lower East Side. His father, Moses, also served as president of the Chasam Sopher synagogue for decades. Moses Weiser had worked to restore and preserve the historic building, the second-oldest synagogue in New York City.

Bonus: This is not the first time Portnoy has confronted the kosher question. During a review of Mezze Kosher Restaurant in Queens, Portnoy grappled with the laws of kashrut, at one point calling the Va’ad that certified the restaurant “the rabbi committee.”