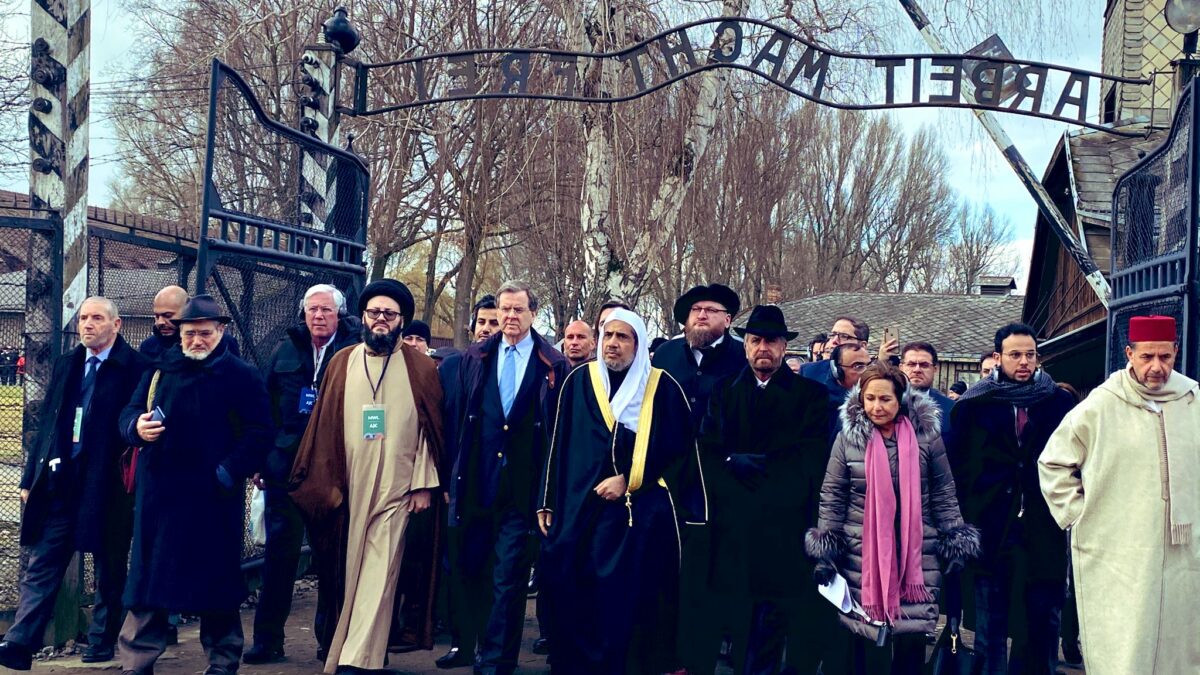 Last Thursday, ahead of the of International Holocaust Remembrance Day, leaders from American Jewish Committee and the Muslim World League, headed by Dr. Mohammed bin Abdul Karim Al-Issa, visited the Auschwitz-Birkenau concentration camp, the Polin Museum of the History of Polish Jews, and attended an interfaith Shabbat dinner with Polish government officials.

American Jewish Committee Executive Director David Harris shared his experience leading a historic interfaith mission with a high-level Muslim delegation to Auschwitz over the weekend in an interview with Jewish Insider.

Lessons learned: Harris said that outreach to younger generations is key. “With the steady disappearance of the survivors, liberators, and eyewitnesses, we will soon be left with only commemorations, museums and preserved sites, education, archives, and the testimony of the children and grandchildren,” he said. “Unless the world grasps what happened, and how too many either participated or looked the other way, we will fail to confront the slippery slope from dehumanizing a people to efforts to destroy it.”

Time to act: With a steady rise in global antisemitism, Harris said that world leaders have been too slow in responding to what he called the decades-long “growing menace” of antisemitism — “and it took way too long for many to wake up.” Now that global leaders acknowledge “the magnitude of the threat,” he said, “it’s late in the day and solutions entail far more than speeches and statements, welcome as they are. I don’t doubt the good will of many, but the response must go way beyond good will at this point.”

Fighting online hate: Harris suggested that there needs to be a greater effort to tackle online antisemitic rhetoric and hate speech. “Freedom of speech does not obligate social media companies to become platforms for the dissemination of hatred, including antisemitism,” he stressed. “Greater corporate social responsibility would be a good starting point for those that are still averting their eyes from the problem.”

Harris called on Democratic Members of Congress to condemn Rep. Rashida Tlaib (D-MI) for spreading “a modern-day blood libel” after she retweeted — and later removed — a tweet that claimed that a Palestinian boy who drowned in a flooded ditch in East Jerusalem was kidnapped by Israeli settlers. “When the truth was exposed, she never attempted to apologize. Will fellow Democrats react?” he asked.