Pressure Israel on two states, but without leveraging aid 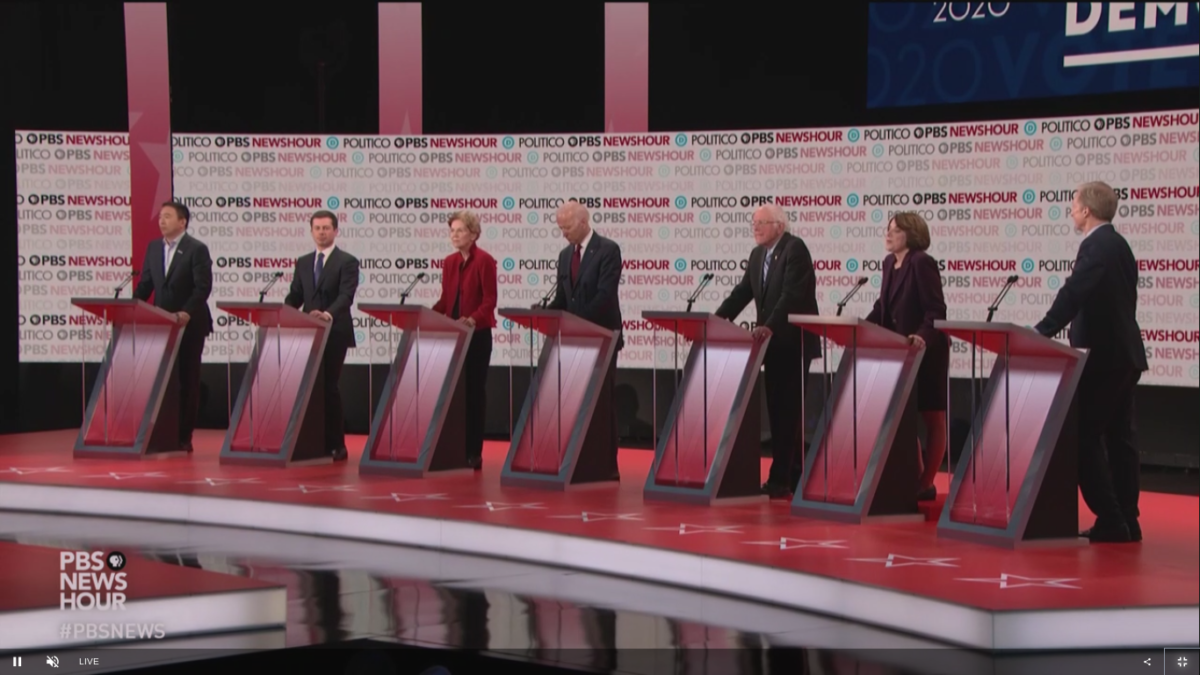 Two states or bust: “There’s no solution for Israel other than a two-state solution,” Biden said. “It does not exist. It’s not possible to have a Jewish state in the Middle East without having a two-state solution.” Biden further stressed that he and Prime Minister Benjamin Netanyahu know each other well and is aware that Netanyahu’s conduct on the Israeli-Palestinian issue is “outrageous.” The former vice president suggested that the U.S has to “put pressure constantly” on the Israelis to “move to a two-state solution.” But he cautioned that the way to do that should not be by leveraging U.S. military aid. [Video]

Leading from behind: Buttigieg directed his attacks at Trump, accusing the president of “refusing to lead” on the Israeli-Palestinian issue and choosing to “effectively interfere in Israeli domestic politics.” Buttigieg said the president thinks that his moves on Jerusalem and the Golan would “make him pro-Israel or pro-Jewish while welcoming white nationalists into the White House.”

It’s Bibi’s Israel: When asked about his views on Pompeo’s recent announcement on settlement policy, Sanders reiterated his stance that Israel has a right to exist “in peace and security” and that U.S. foreign policy must also be pro-Palestinian. The Vermont senator also mentioned Netanyahu’s indictments and repeated his claim that the current prime minister “is a racist.”

Halie Soifer, executive director of the Jewish Democratic Council for America, tells JI: “We were glad to hear Israel raised in tonight’s debate, which provided the opportunity for a few of the candidates to demonstrate what we know to be true — all the Dem presidential candidates support Israel and its right to self defense, oppose the global BDS movement, and support a two-state solution to the Israeli-Palestinian conflict, which are views shared by an overwhelming majority of Jewish voters.”