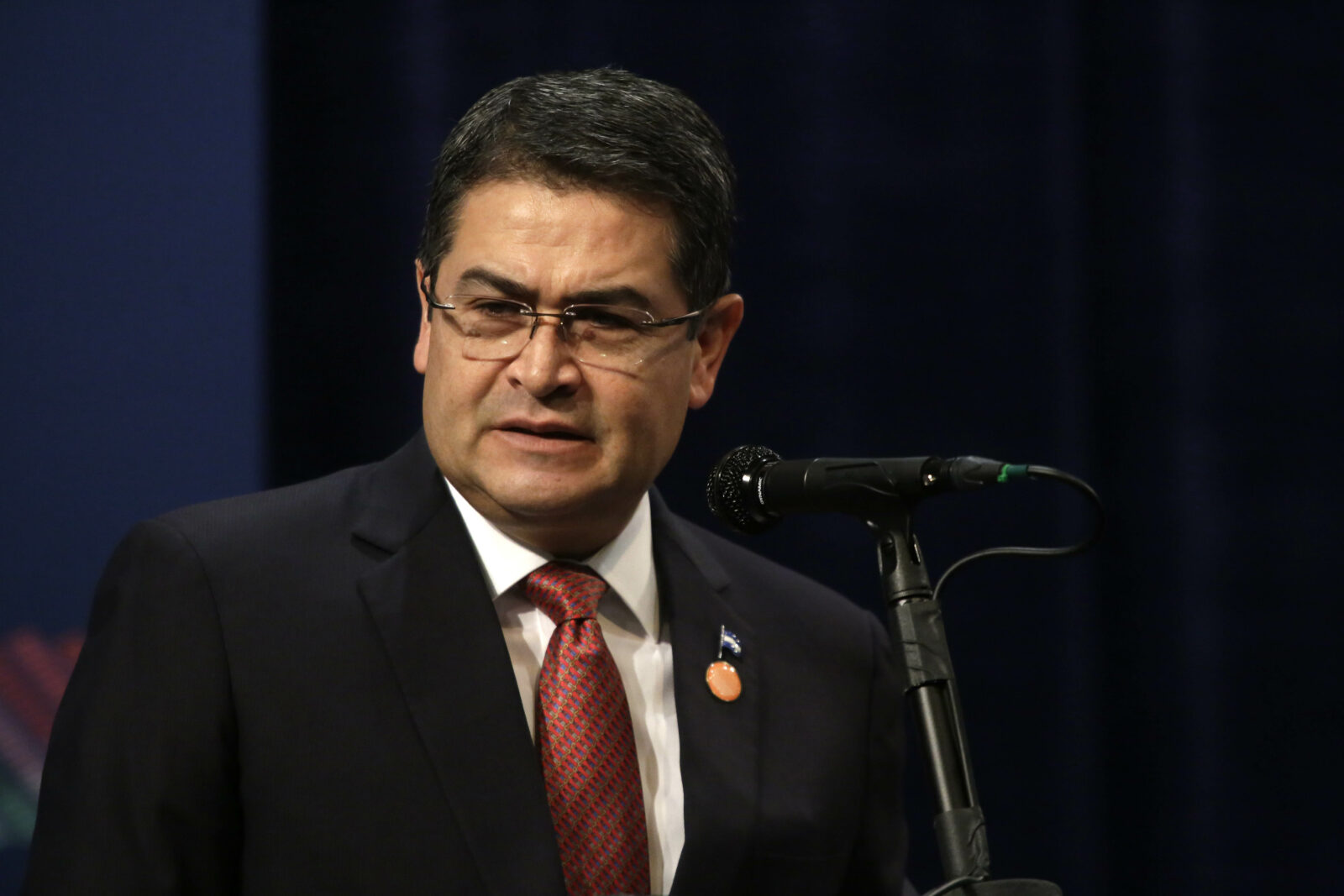 Hernández’s strategy, unveiled for the first time while the president is in the U.S. for the annual Israeli-American Council National Summit, is especially significant for Israel as it comes at a critical time in South and Central America, where the political tides are seemingly turning both for and against the Jewish state.

Hernández envisions a coalition in which like-minded Latino countries including Guatemala, which opened its embassy in Jerusalem in 2018, enjoy strong relationships with Israel and the U.S., cooperating tightly on economic, security and cultural issues. He believes Brazil, Colombia, Panama and others will also join the bloc.

The president said relations with Israel have already proved beneficial.

He credits Israeli “law enforcement technology” for significantly reducing the murder rate in Honduras, which used to be among the highest in the world. Hernández also noted that Israel is helping to provide solutions to ecological challenges faced by the Central American nation due to climate change.

However, progress in deepening relations, which includes moving the Honduran embassy to Jerusalem, has stalled due to the political deadlock in Israel, where the prospect of a third election in a year looms on the horizon.

Honduras opened its diplomatic mission in Jerusalem in September 2019. Hernández said that as part of the reciprocal process, Israel needs to open an office with similar status in Tegucigalpa before the embassies can be established. Israel’s diplomatic office covering Honduras is in Guatemala.

Hernández said that since the trade office opened, there has been a sharp increase in Israeli investment interest in Honduras in the tourism, health, agriculture and technology and logistics industries.

He explained that Honduras is establishing special legal, economic, administrative and political jurisdictions for investment and job creation, structurally similar to Macau .

The president said he is committed to having an embassy in Jerusalem despite domestic pressure. The country is home to 150,000-200,000 individuals of Arab descent, a majority of them Palestinian. In 2011, Honduras officially recognized the state of Palestine.

“We have a population of Palestinian heritage who are very economically powerful. They operate communications, media, energy and commerce, close to 60 percent of the national economy,” he said.

He said some Palestinian officials visited the community and after their mission, advertisements appeared in Honduras media against the embassy move.

“We continue…because we believe it’s the best thing to do,” Hernández said.

Hernández credits his affinity to Israel to his time in the country on a scholarship from Israeli development agency Mashav in 1991.

“From that time, it created a very strong relationship with me and Israel,” he said. “When I became president in 2014, we began to change the voting posture of Honduras with respect to Israel in the United Nations and in other forums.”

Leah Soibel, CEO of Fuente Latina, a non-partisan group that works to empower global Hispanic media to accurately cover Israel, said sentiments like those of the Honduran president must be heard.

“Israel has incredible friends in the Hispanic world and we must engage with them better,” said Soibel who helped facilitate the president’s presence at the IAC gathering in Florida this weekend.

President Hernández spoke with President Donald Trump privately before the latter took the stage at the conference Saturday night. During his speech, Trump thanked Hernández for his support.

Speaking to JI, Hernández stressed that for the alliance to succeed, long- term relations between Israel and Honduras and other Latin American countries must be maintained and nurtured.

Bolivia has begun to resume diplomatic relations with Israel a decade after La Paz angrily severed ties with Jerusalem, citing fighting between Gaza’s Islamic militant rulers and the Jewish state. The turnaround came after Bolivia’s anti-American, pro-Iran president Evo Morales was forced to step down and a new interim government took power.

Former Argentinian president and current vice president-elect Cristina Kirchner is making a political comeback in the South American country despite charges she helped cover up Iran’s role in the 1994 bombing of a Jewish center in Buenos Aires that killed 85 people and wounded hundreds more. The bombing remains the largest terror attack to ever hit the continent. Some members of her incoming cabinet want to pursue a closer relationship with Tehran and undo its designation of Hezbollah as a terror organization.

The alliance with its common interests and common adversaries helps stabilize the region and strengthen the U.S. and Israel, Hernández said. “We hope that the friends of Israel in the United States and around the world understand what is really happening in Latin America.”

“Very important attention needs to be paid to what is going in Latin America,” he said. “We have an opportunity — an important one — but if we don’t attend to that opportunity, it could be terrible.”