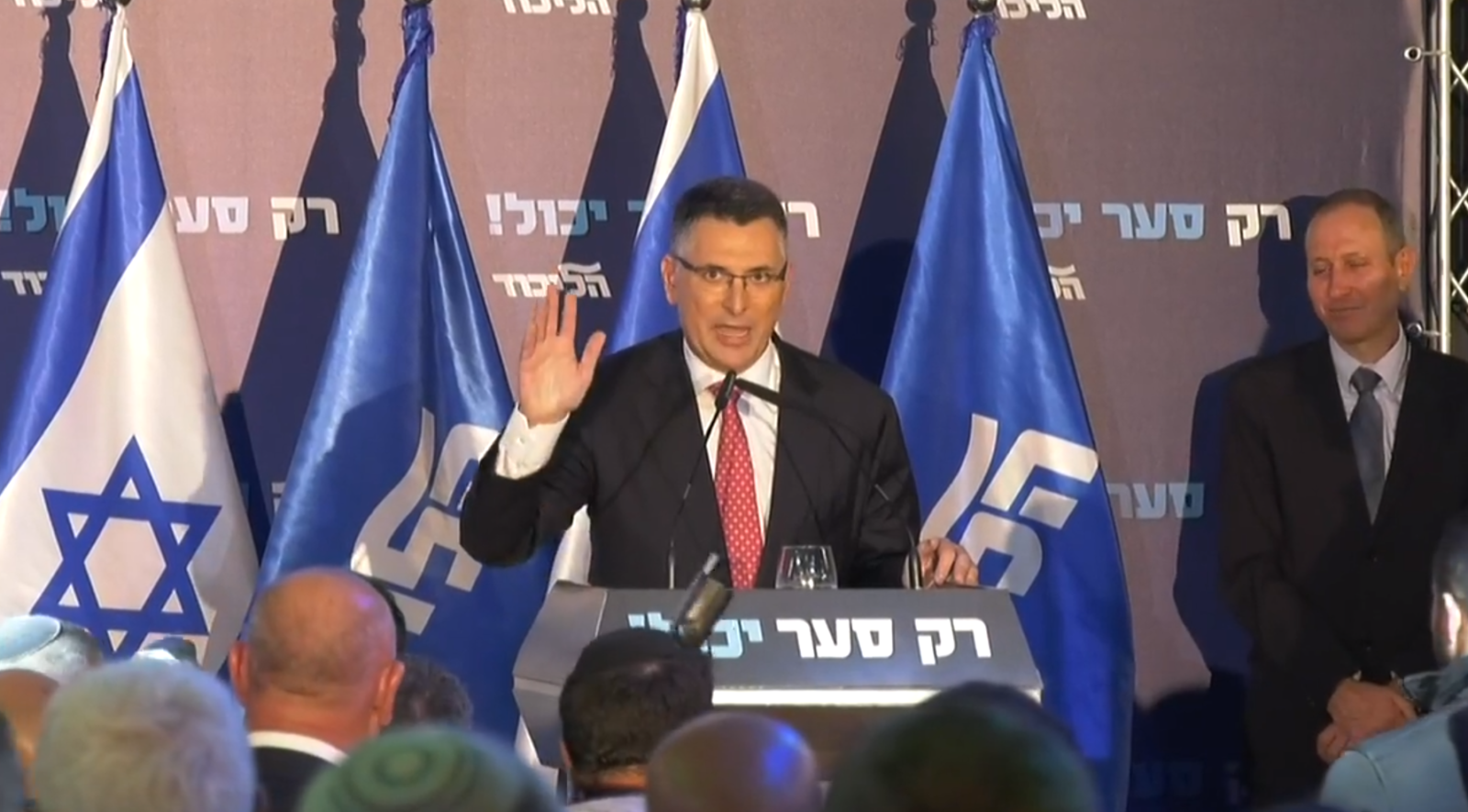 Likud Knesset Member Gideon Sa’ar formally launched his campaign to oust Prime Minister Benjamin Netanyahu as head of the Likud party on Monday in front of close to 1,000 supporters in Or Yehuda. At the same time, Netanyahu rallied supporters in Ramla, Holon and Lod.

Why it matters: This marks the first serious challenge to Netanyahu within Likud in more than a decade. The fact that Netanyahu has failed twice in a row to form a government could propel Sa’ar to win over the skeptics to ensure continued Likud rule. Sa’ar has a “compelling argument for right-wing voters,” Jerusalem Post reporter Lahav Harkov explained to JI. While Netanyahu has the advantage as the incumbent, his fate is in peril after two failed campaigns and with a legal cloud hanging over his head.

Victory or opposition: In his remarks last night, Sa’ar emphasized, “Likud members must admit that a prime minister who is respected and admired is stuck and there is no chance that he will be able to form a government after the March 2 election. If we don’t bring about change, we are very close to a left-wing government that will endanger the Land of Israel.”

Gidi Grinstein, founder of the Reut Group, a Tel Aviv-based think tank, tells JI: “The argument Sa’ar is making is a coalition-making argument about the ability to hold power, because the range of players he can work with to form a government is much broader.”

Fighting back: Minutes after Sa’ar concluded his remarks, Netanyahu responded with a live broadcast on his Facebook page, pushing back against the claim that Likud would end up in opposition if he stays on as leader. At a packed event in Holon, Netanyahu touted his leadership skills and diplomatic achievements without mentioning his rival by name.

Bibi’s argument: According to Ari Harow, a member of Likud and former chief of staff to Netanyahu, Bibi has a stronger case in an ideological and issues-based campaign, whereas Sa’ar is more about “political opportunism” in promising to keep Likud in power.

Shifting strategy: “I think that Netanyahu has merged his own issues with the issues critical to his base — the establishment going after him is the establishment going after the right-wing and the Likud,” Harow asserted. “There’s no question that if he wins the Likud primary that this is going to be his campaign. I do believe that as opposed to the last two elections, where he talked about the successes of his foreign policy, his security credentials, the lack of experience on the other side, the right versus left argument that has taken place, I believe that this election will be a continuation of that same messaging where this is the establishment trying to bring us down and a vote for me is a vote against that establishment.”

Sa’ar’s goal: Notwithstanding an upset, Sa’ar needs to get “at least 30% of the vote to establish himself as a serious candidate,” Asaf Shariv, former Israeli Consul General in New York, tells JI. “If he manages to get 40%, that’s a win. It will make Netanyahu more vulnerable in the general election, and it will have an impact on the day after the election if Netanyahu fails once again to form a government. When you get 20% you are not in a position to stand in as the immediate successor.”

“Anything can happen,” Harow said. “I was asked by somebody many years ago for my political opinion on something and I said, if there’s one thing I’ve learned in politics is that I don’t know anything, and I think that that definitely would be the case here as well.”

Next in line: Harkov puts the bar between 20 and 30%. “As much as [Sa’ar] would like to be Likud leader now, the realistic goal is to position himself as the presumptive heir, in a crowded field of post-Netanyahu candidates,” she explained. “And by that metric, he’s already succeeding, much to the dismay of people like Yuli Edelstein, Nir Barkat or Gilad Erdan.” Globes political correspondent Tal Schneider tells JI that Sa’ar “is giving a good fight, but Netanyahu has a better grip of the party’s apparatus and staff, so it will be challenging to beat him.”

Pick an opponent: Blue and White leader Benny Gantz would prefer a weakened Netanyahu as his rival,” Shariv posited. While Sa’ar would get fewer votes for his party than Netanyahu, there are a lot of right-wing voters who want to see Netanyahu out of office in the wake of the indictments and would therefore vote for other parties on the right. “The chances of Sa’ar to form a coalition are much bigger than Netanyahu — and Blue and White understands that very well,” he stressed. Schneider disagreed, noting that “Netanyahu is the toughest contender, the most risky and the one politician that everyone is afraid of.”

Reshaping the political map: Grinstein projects a “totally different ballgame” if Sa’ar wins the primary. “It would reshape the space of center-left to center-right Israeli politics in the next round of the Israeli elections and government formation.” If Netanyahu is defeated, “the argument of experience flips on its head,” he suggested. “Right now, Netanyahu is the experienced leader on national security — able to somehow frame Gantz and his two former chief of staff partners as under-experienced. If Sa’ar is head of the Likud, Gantz may be seen as the experienced leader on national security.”

What a Sa’ar win would mean for U.S.-Israel and Diaspora relations: Shariv, who worked with Sa’ar under the late prime minister Ariel Sharon, tells JI that Netanyahu has a “big advantage” with American Jews because of his history and deep connection over the years, while Sa’ar is unknown. “And on the political side, I don’t think he knows D.C. from [the] inside or has any friends in Congress.” But nonetheless, Shariv compares Sa’ar to Ehud Olmert, who also came into office with less knowledge than Netanyahu, yet managed to forge a close relationship with President George W. Bush.

“Many American Jews hold Netanyahu to have chosen a side on American politics and broken with a decades-long commitment to bipartisanship,” Grinstein said. “Many in Israel are concerned with the long-term implications of this shift. Sa’ar and a new government may change these dynamics.”

Susie Gelman, chairwoman of the Israel Policy Forum, tells JI that, in her view, Sa’ar’s hardline positions will not play well with a majority of the American Jewish community or in Congress, noting the recently passed H. Res. 326 “affirming its commitment to the two-state solution and expressing opposition to West Bank annexation.”