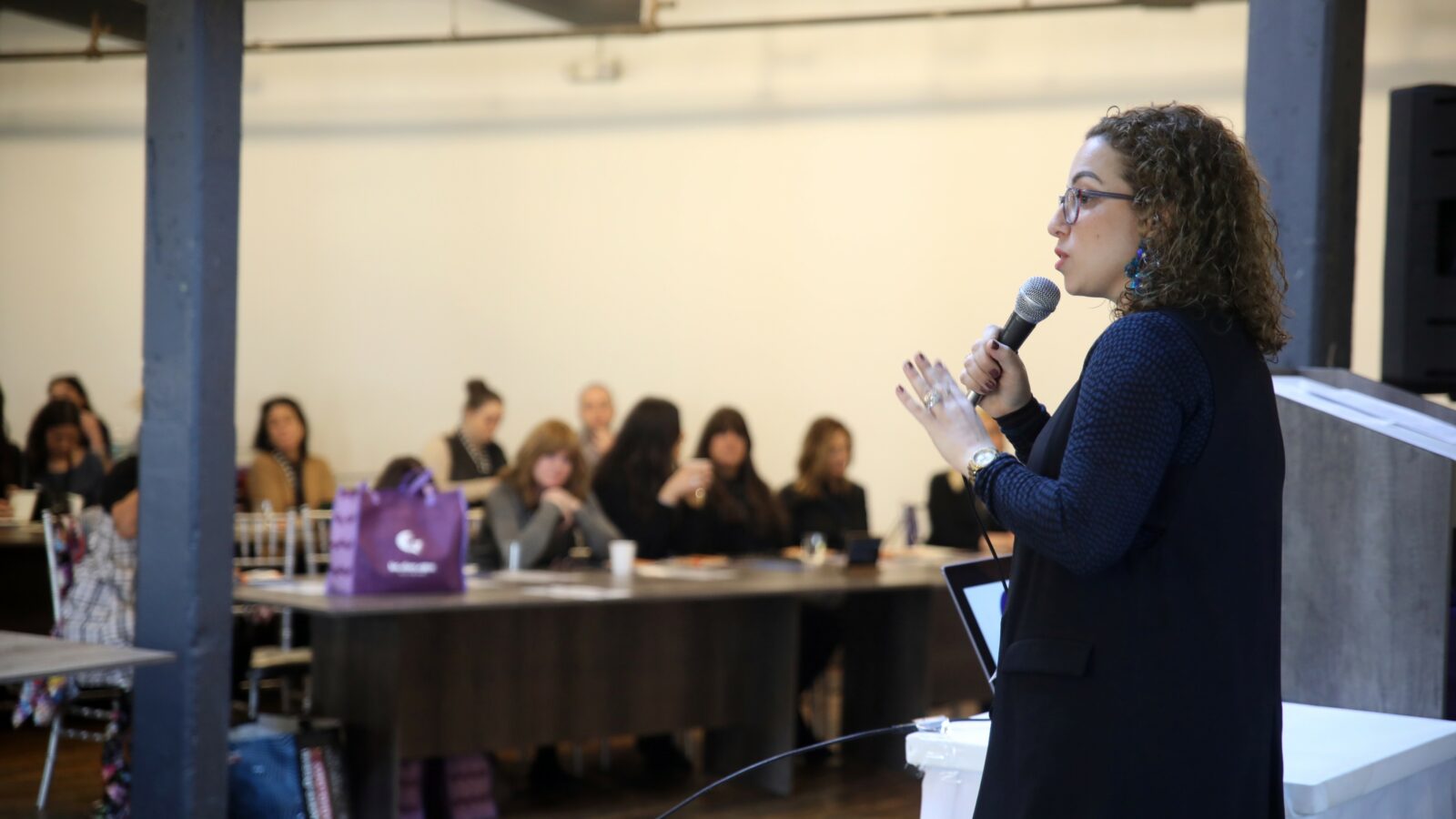 Bringing kosher media moguls together under one roof

Thousands of kosher industry professionals will pack the the Meadowlands Exposition Center in Secaucus, New Jersey, next week to check out the latest trends in the Jewish food world. And a day earlier, more than 100 bloggers, brands and burgeoning foodies will convene for the 7th annual Jewish Food Media Conference.

The conference is the brainchild of Melinda Strauss, a food blogger, health coach and mom of two who lives in Long Island. She held the first such gathering in Manhattan in 2012, for around 50 kosher food bloggers. Next week she’s expecting more than 120 Jewish food media moguls from up and down the East Coast — as well as California, London and Israel — to show up in Passaic, New Jersey for this year’s event.

Strauss told Jewish Insider that she started the conference — and knew it would keep going year after year — because “our community needs it. We thrive on seeing each other and building each other up.”

“It really is about knowing that you will leave that room with new friends,” she said. “Every year, people tell me that they have created new friendships because they get to finally see their friends in person… people that they talk to on social media all the time.”

“The learning is really, really important because anytime someone’s growing a business, there’s always something new to learn,” said Strauss of the lectures and speeches planned for next week. But, she added, there’s also “a really important networking opportunity” at the conference, especially with its sponsors.

Each year, the conference is timed to fall just before the Kosherfest trade show, to allow those traveling from out of town to attend both. Now in its 31st year, the Kosherfest exhibit hall will be packed with manufacturers, distributors, suppliers and kosher certifiers. New buzzworthy products this year include organic oat milk, vegan bagels, a coconut-based margarine replacement, and Hebrew letter stamps for cake and cookie decoration.

And while the major kosher brands have a prominent presence each year — including Manischewitz, Kedem (rebranded as Kayco) and Meal Mart — Menachem Lubinsky, co-founder of the trade show, says it continues to be a dynamic experience. This year, Lubinsky said, there will be 90 new exhibitors, which will make up almost 40% of the show floor.

Strauss has been attending Kosherfest for years, and sees many changes over the years, in part due to the growth of social media. “It is so much easier to connect than it used to be,” she said. “There are people who aren’t interested or don’t feel like they need [Kosherfest] because they can just as easily connect with whoever they want to through Instagram.” But she still thinks there is a lot of value in “that face-to-face [meeting] and the connections you can make.”

The Jewish Food Media Conference was originally named the Kosher Food Blogger’s Conference when it launched back in 2012. But several years ago, Strauss rebranded the gathering to make it more inclusive.

“I got a lot of questions from people in the first few years: ‘Is it okay if I come if I don’t keep kosher? Is it okay if I come and I don’t have a website? If I’m not a blogger?’” Strauss recalled. Today, she said, “it’s so much bigger than bloggers,” attracting online influencers, writers of all stripes, brand owners and Jewish media professionals. Plus, she added, “there is no reason for it to ever be about ‘Do you keep kosher?’”

Strauss said this year will not focus specifically on social media, but she acknowledges the outsized role platforms like Instagram have played in Jewish food media — and in her own journey. Each morning, she greets her 24,000 Instagram followers via video while walking her dog — sharing a few thoughts and a little inspiration to start the day.

“It’s changed everything for me,” Strauss said of the social media platform. “It’s really taken me from food blogging into motivational speaking and really — it’s changed the direction of my mindset.”

Strauss started her food blog, Kitchen Tested, soon after the birth of her second child, back in 2011. She quickly fell in love with the medium, and attracted attention for recipes like zucchini ravioli, pomegranate brisket tacos and rainbow hamantaschen.

And while she touts the warm and interconnected nature of the kosher foodie community, Strauss acknowledges that there have been occasional feuds, squabbles and accusations within the niche group, particularly when it comes to taking credit for new ideas.

“It’s not always pretty,” she said. “I’ve been a part of it. I’ve witnessed it.” Over the years, she said, she’s learned to handle it better, and brush things off rather than magnifying the drama. “If somebody else is copying you, then they’re going to copy you. If you really have a problem with it, then the best thing to do is to approach them privately. Because when things get public, nobody wins.”

Strauss, a Seattle native, is energetic, bubbly and laser-focused, despite being involved in a whole host of ongoing projects. The busy blogger is spending the weekend before the Jewish Food Media Conference at a health coach convention in Arizona, and she’s already planning a brand new conference for next month titled Kavana, touted as an event for Jewish women’s personal growth.

“I just wanted it to happen so badly,” Strauss says of the close timing between the two conferences. “I didn’t want to announce it and then wait six months for it to happen. I’d rather it be imperfect and happen than wait for it to be perfect, because perfect never comes.”

She said the one-day event, billed as helping women “become inspired, find community, live with purpose, and learn to dream,” is for females across all religious levels and all lifestyles. “For so many women out there, it’s about your sister, it’s about your mom, it’s about your kids, it’s about your husband — it’s like everybody else is taken care of but you,” she said. “I think we just deserve so much more for ourselves. And this conference is really all about that. It’s about giving yourself time for yourself, and figuring out how to make that happen.”