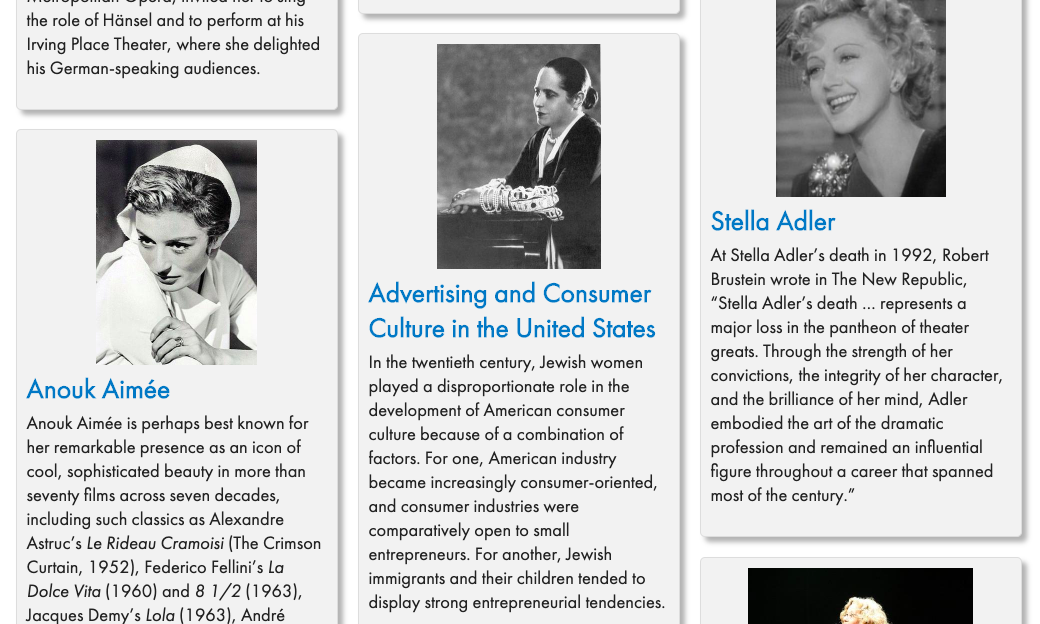 The gift honored Paula Hyman, who established American Jewish women’s history as a field of scholarship

Jewish Women’s Archive CEO Judith Rosenbaum felt deeply moved when she opened an envelope last week to find a dozen checks totalling over $1,000. The donation, earmarked for the expansion and re-publication of Jewish Women in America: An Historical Encyclopedia, was made by 17 members of the ground-breaking Jewish feminist group Ezrat Nashim.

The donations were made in memory of Rosenbaum’s late mother, Paula Hyman, who co-edited the two-volume encyclopedia and was a founding member of the women’s organization Ezrat Nashim.

“The checks are not large, but it is so meaningful to get this gift from members of Ezrat Nashim, who see themselves as a collective wanting to make this gift in honor of my mother,” Rosenbaum said

JWA was founded in the mid-1990s, the beginning of the internet boom, to create a digital archive of Jewish women’s stories. As technology has advanced, so too has JWA’s ability to collect and share materials. The organization recently launched an app called Story Aperture, which trains users to conduct interviews and collect stories that can be uploaded to the archive.

Ezrat Nashim, the first official Jewish feminist group, was founded in 1971. The following year, its leadership went to the annual conference of the Conservative movement’s Rabbinical Assembly and distributed a document titled “Jewish Women Call for Change,” demanding that women be permitted to function as rabbis and cantors.

It was the first public call for women’s ordination in the Conservative movement and the first step in a long process that resulted in the denomination’s eventual policy shift. When the Rabbinical Assembly officially voted to admit women in February 1985, the news made the front page of The New York Times.

Hyman was a social historian and professor of modern Jewish history at Yale University when she died at age 65 in 2011. The author of 10 books, she is said to have established American Jewish women’s history as a field of scholarship.

As part of JWA’s encyclopedia expansion, the updated volume will be renamed the Shalvi/Hyman Encyclopedia of Jewish Women, in honor of Jewish feminist Alice Shalvi and her late husband and the encyclopedia’s original publisher, Moshe Shalvi, as well as Hyman.

The goal is to add 500 new entries and make it possible to continually update the encyclopedia, Rosenbaum told JI. She recently sent out a fundraising appeal to a select group of potential backers, including a few Ezrat Nashim members.

The timing was fortuitous, said Judith Plaskow, one of the members and professor emerita of religious studies at Manhattan College. “We gathered on Sukkot at one member’s home and were talking about the early days, and Paula always comes up,” she said. “All of us had strong relationships with Paula, who was one of the original members of Ezrat Nashim and went to the Rabbinical Assembly in 1972. Coincidentally there was a letter from Judith asking people to contribute to the encyclopedia.”

Rosenbaum says that JWA has raised $300,000 for the project and needs to raise at least $50,000 more “to maintain and continue to update it,” she said. “My real dream is to find someone to endow a part-time editor.”

The Ezrat Nashim gift “is such an important reminder that what is significant gift, which is often thought of as a number, is actually about the spirit and communal sense in which it’s given,” said Rosenbaum.