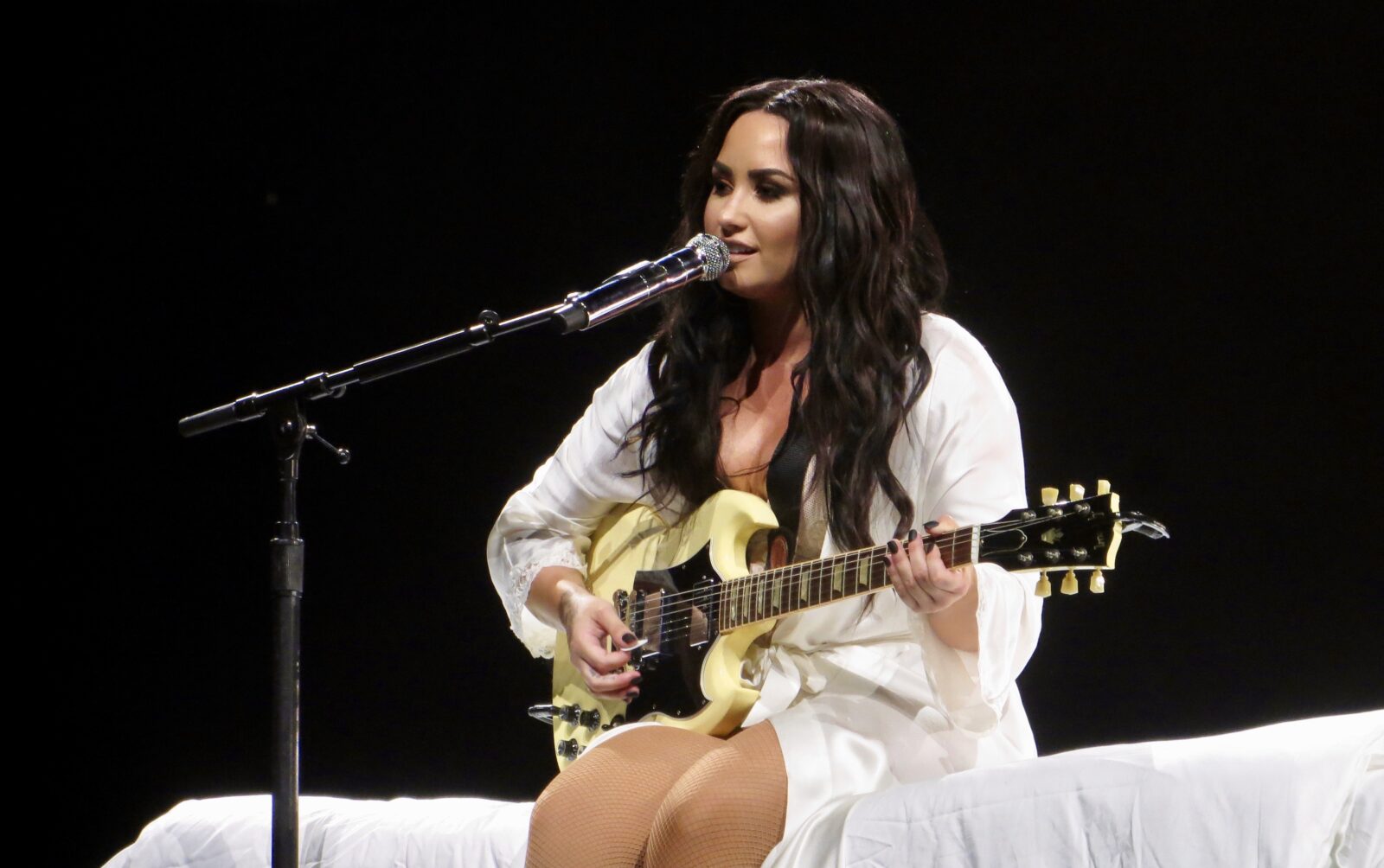 People familiar with the singer’s visit deny she was paid, while official organizers remain tight-lipped

As the buzz around pop singer Demi Lovato’s recent trip to Israel continues to reverberate, the funders and organizers of her visit are remaining tight-lipped about everything — including their identities. Meanwhile rumors, inaccuracies and sensationalizing have kept the story in the headlines both in Israel and around the world.

Who initiated and funded Lovato’s trip? Was she paid to come to Israel? Why did she visit, apologize and then delete the apology?

While the majority of the trip organizers refused to speak publicly, Jewish Insider interviewed several figures associated with Lovato’s visit to make sense of the situation.

Lovato — a 27-year-old Grammy-nominated singer with six studio albums, several top 10 singles and more than 74 million Instagram followers — paid a quiet visit to Israel last month, touring the country from top to bottom. Upon her return to the United States, she uploaded three Instagram posts about her trip, calling Israel “absolutely magical” and writing that she is “grateful for the memories” made during her visit.

Unsurprisingly, Lovato was bombarded with negative feedback from BDS advocates and anti-Israel activists, which led her to post and quickly delete an apology on her Instagram story. “I’m sorry if I’ve hurt or offended anyone, that was not my intention,” she wrote. “This was meant to be a spiritual experience for me, NOT A POLITICAL STATEMENT and now I realize it hurt people and for that I’m sorry.”

Yediot Aharonot originally reported that Lovato was paid $150,000 to visit Israel — a third of which was funded by the Israeli government — a claim that reverberated among BDS activists. But the newspaper later quietly edited its article, saying instead that the trip — which was free for the singer — cost $150,000 overall.

“As far as I know, [Lovato] didn’t receive a shekel to come here,” Moish Yaul, the spokesman for the Jerusalem Affairs Ministry, told JI. Rather, he said, the costs of the trip for her and her entourage were fully covered by several sources. Yaul said that the Jerusalem and Foreign Ministries together contributed around 200,000 shekel (approximately $57,000), and the rest was paid for by other private donors. During her visit, Lovato toured the City of David accompanied by Jerusalem Affairs Minister Ze’ev Elkin.

A Los Angeles-based source familiar with the details of the trip said the original Yediot report was “totally bogus.” Lovato herself commented on an Instagram post that cited Yediot’s reporting and denied she was ever paid: “This is actually not true at all,” she wrote. “This is in fact a lie. I never got paid. Simple.”

The popular singer was accompanied on the trip by her mother, Dianna De La Garza, who made it clear even after Lovato’s deleted apology that she had no regrets about the trip.

“We celebrated life and Christianity as we learned about the Jewish faith while listening to the Muslim Call to Prayer,” De La Garza wrote on Instagram alongside a photo of her and Lovato at the Western Wall. “There was no fighting, no judgement, no cruel words…only love. And I will undoubtedly, unapologetically go again one day.”

Industry insiders speculate that Lovato removed the apology post quickly because it violated a confidentiality agreement signed ahead of the trip. The singer was likely told not to reveal, as she did in the Instagram story, that she “accepted a free trip to Israel in exchange for a few posts.” One source familiar with the trip said that the funders themselves likely also signed a confidentiality agreement, explaining their reluctance to speak publicly about the trip.

Ari Ingel, the director of the Creative Community for Peace nonprofit, said while his organization was not involved in planning Lovato’s trip, it was disheartening to see how things played out.

“These weren’t her fans leaving messages, these were boycott activists, bots and trolls who were targeting her and her fans, in a successful attempt to turn her influential social media feed into their own bully pulpit,” said Ingel. “She took a spiritual trip to Israel, like millions of people every year, from all faiths and backgrounds, and boycott activists hijacked her social media page to turn it into something political.”

Ingel said CCFP — who were part of the team that brought actress and singer Hailee Steinfeld to Israel this summer — would have better prepared Lovato for the response she might face: “We would have advised that she disabled comments on all three [Instagram] posts from the beginning.”

Ashley Perry, the president of Reconectar, which seeks to reconnect the descendants of Spanish and Portuguese Jewish communities, met with Lovato and her mother while they were in Israel.

“Apparently she had done a DNA test in the past, and found out she had significant Jewish ancestry,” Perry said. Lovato met with Perry to explore that, and told him about her maternal family name and her family’s geographic roots. “It was clear to me that they definitely have Sephardic Jewish ancestry,” he said. “They were very, very excited and very, very interested and it seems like — from the meeting — they were interested to learn more.”

Perry, a veteran of the Foreign Ministry and longtime political advisor, said it was unfortunately no surprise that Lovato faced such a backlash.

“I know for a fact that they did prepare her, and she was aware that there are active forces who will try and get her to distance herself from the trip,” he said. “But no one can prepare you for the barrage of bloody pictures people post, claiming to be from Gaza but often from other Middle Eastern wars. Nothing can prepare you for that. The pictures are almost all a lie, but someone who’s not familiar with this sort of tactic will understandably will feel quite upset.”

Perry said it was his understanding that the government contributed around $50,000 toward the costs of the trip, but that “neither Demi Lovato herself nor anyone around her was paid.”

The organizers and backers of the trip, Perry said, “prefer not to be named.”

Israel Schachter, the co-founder and CEO of CharityBids, which organizes travel adventures for charity auctions and nonprofits, shared a Facebook post about Lovato’s trip before the backlash, implying he played a role in her visit. “Thanks to Shalva National Center, Aish HaTorah, Eitiel Goldwicht, City of David, Ancient Jerusalem, Yad Vashem: World Holocaust Center, Jerusalem and the many, many, other people and organizations who were involved in making this happen,” he wrote.

Contacted by JI, Schachter said he does “not wish to comment any further on the matter, nor am I at liberty to discuss any of the details.”

And Lovato herself continued to be on the defense about the trip and its fallout, replying to posts from fans and others across Instagram.

“I don’t have an opinion on Middle Eastern conflicts,” she commented on one Instagram post, “nor is it my place to have one being an American singer and you’re asking me to choose a side?”