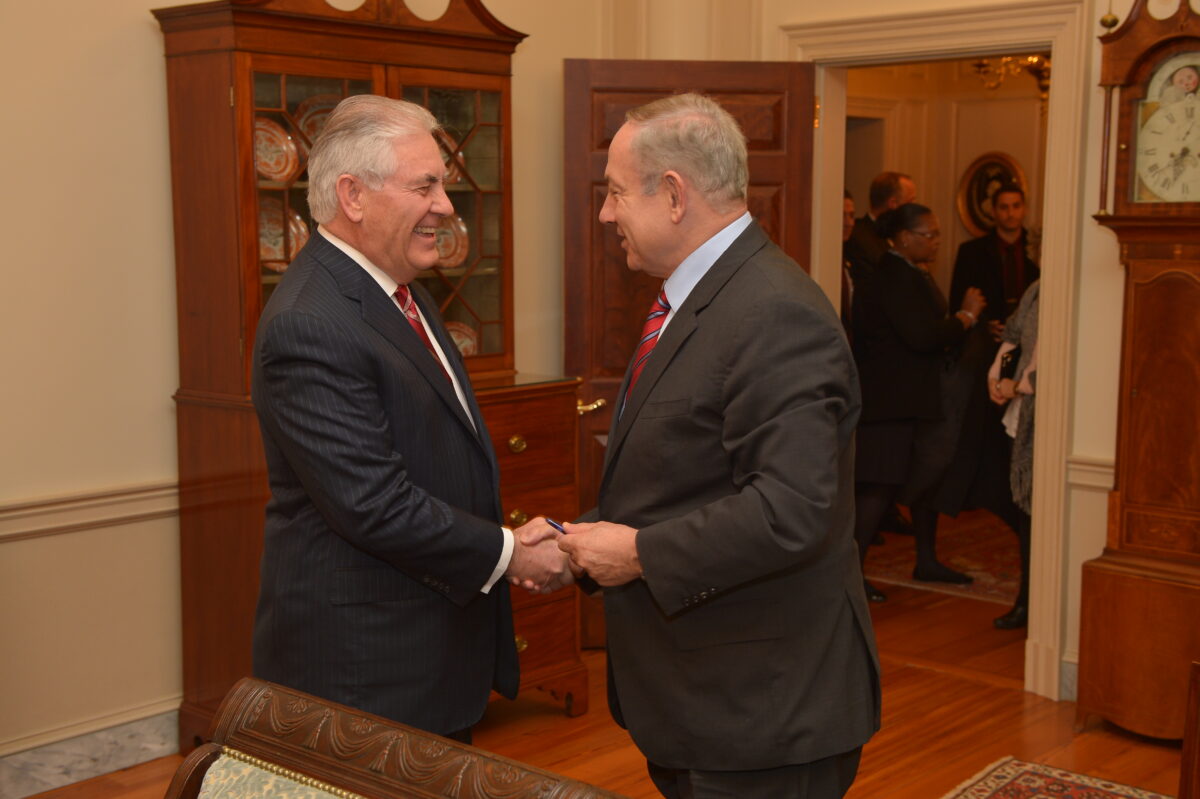 U.S. Secretary of State Rex Tillerson shakes hands with Israeli Prime Minister Benjamin Netanyahu before their working dinner at the U.S. Department of State in Washington, D.C., on February 14, 2017.

In an interview at the Harvard Kennedy School on Tuesday, the former top diplomat argued that Netanyahu — whom he described as an “extraordinarily skilled” politician — would share “misinformation” in meetings to get the Trump administration on board with his policy goals. “They did that with the president on a couple of occasions, to persuade him that ‘We’re the good guys, they’re the bad guys,’” Tillerson charged.

Tillerson, who clashed with Trump on decisions including moving the U.S. Embassy to Jerusalem and withdrawing from the Iran deal, explained that he “exposed” Netanyahu’s tricks to the president “so he understood: ‘You’ve been played.’”

“It bothers me that an ally that’s that close and important to us would do that to us,” Tillerson added.