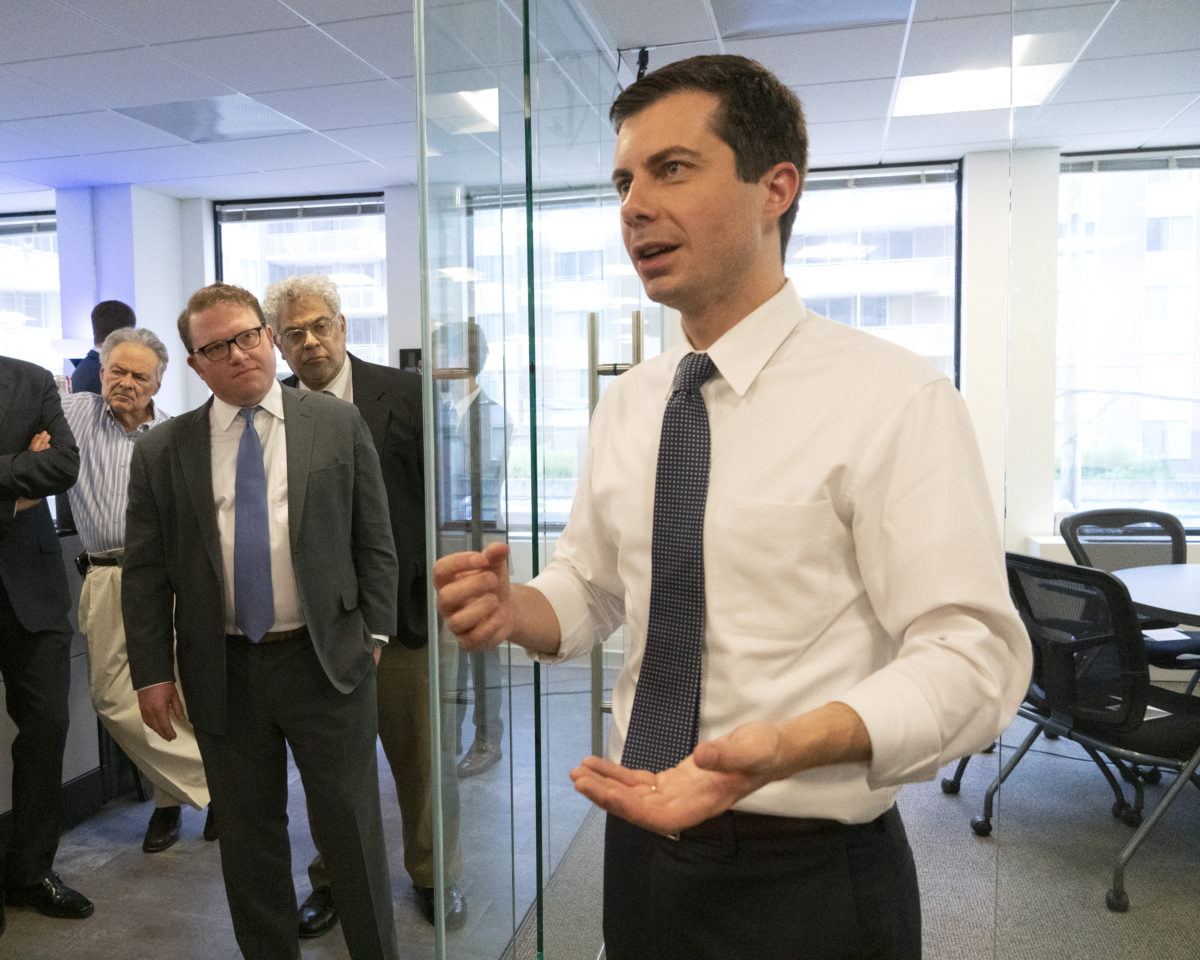 Bluelight Founders Steve Rabinowitz and Aaron Keyak listen on as Mayor Pete Buttigieg speaks with leaders of the Jewish community at a communal parlor meeting at the offices of Bluelight Strategies in Washington D.C., U.S. on May 23, 2019.

ELKADER, IOWA — Presidential hopeful Pete Buttigieg said he had moral qualms about being a college football fan and found it “problematic” on Monday.

In response to a question from Jewish Insider about the issues with following a sport where unpaid athletes risk serious injury, Buttigieg said, “First, you need to look at what we owe students. Obviously the model says you get an education in exchange for contributing this way, plus the sport is supposed to be its own reward, but I don’t think that that’s really fair anymore.”

The amateur football model, in which college athletes receive scholarships and no other compensation, has been increasingly criticized in recent years. California recently passed legislation that would allow college athletes to profit from the use of their image and likeness. The NCAA has threatened to bar California schools from competition if Governor Gavin Newsom signs the legislation into law.

Buttigieg emphasized that he was a Notre Dame fan more than a fan of college football as a sport. Speaking earlier Monday on his campaign bus, Buttigieg said that the last time he may have yelled was during the Fighting Irish’s victory over Louisville earlier this month. Buttigieg noted his view was shaped by his role as mayor of South Bend, Indiana, the home of Notre Dame. Describing the quandary, he said, “I think about it from a perspective of a city that relies on college football in the same way that Bahrain relies on fossil fuel.”

He wondered if technology might provide answers or “is the future that 40 years from now, in the best case scenario, is Notre Dame known for a world-class soccer program instead?” However, Buttigieg conceded that “it’s problematic and I don’t have a solution for it.”

The Democratic hopeful, who got married last year and has expressed interest on the trail in starting a family with his husband, also said that if he had a child, he “would hesitate to let them play football.”