Neo-Nazis boast ‘We got Tulsi in the debates’ 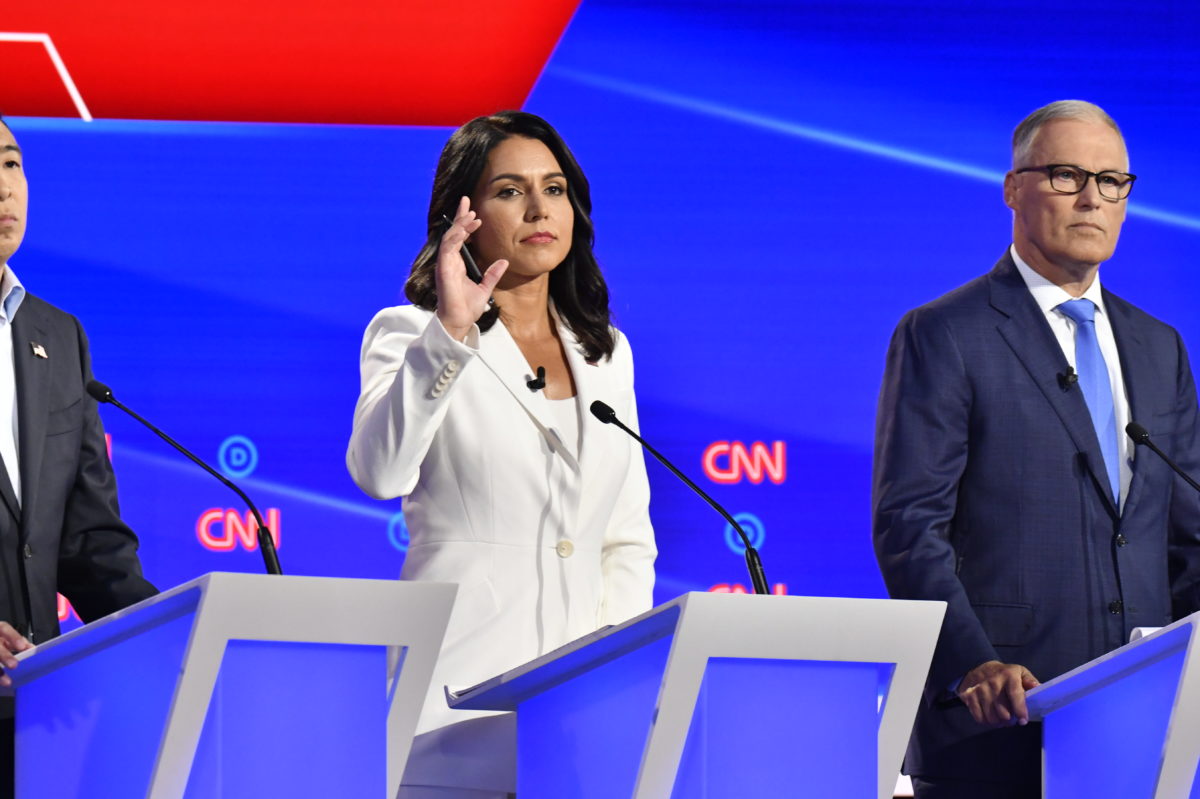 A neo-Nazi website took credit for Rep. Tulsi Gabbard’s (D-HI) qualification for the first two Democratic primary debates. The Daily Stormer, a notorious white supremacist and antisemitic website, proclaimed in April “we did it” — after the Hawaii congresswoman reached the 65,000 donor threshold needed to participate in the first two debates.

Andrew Anglin, the website’s founder, wrote in April, “We got Tulsi in the debates.” He added: “I kind of didn’t really want to do the whole big push on this site and have her linked to us if she was going to make it without us (both because I don’t want the media attention and I doubt she wants to be considered a nazi candidate), but as it was clear she wasn’t going to make it without us, I figured it didn’t matter.”

The website said it had promoted Gabbard to “make the Jews go nuts” and “trigger the kikes.” Although it did not explicitly support Gabbard’s candidacy, the site said her participation in the debate was an opportunity to “talk about Jews starting all the wars.”

The Daily Stormer recently lost two major court cases. In June, comedian and radio host Dean Obeidallah won a $4.1 million judgment against the website for falsely claiming that Obeidallah was responsible for the 2017 terrorist attack in Manchester, England that left 22 people dead. In July, a Jewish Montana woman was awarded $14 million after being subjected to a harassment campaign launched by the website.

Gabbard has long received bipartisan criticism for her unconventional foreign policy views as well as her past opposition to LGBT rights. In particular, Gabbard has received bipartisan criticism over her 2017 meeting with Syrian dictator Bashar al-Assad. She was one of three members of Congress to oppose a resolution condemning Assad for human rights abuses in the ongoing Syrian Civil War. Gabbard also claimed in last week’s debate that Donald Trump supports Al Qaeda.

The Gabbard campaign did not respond to repeated requests for comment from Jewish Insider about whether her campaign was aware of The Daily Stormer’s effort, and if it would return any contributions from neo-Nazis and white supremacists.

Rabbi Abraham Cooper, the associate dean of the Simon Wiesenthal Center, told Jewish Insider, “My initial reaction is that this is similar to what white supremacists declared about Trump 4 years ago.” He added “[I] don’t know anything about her campaign but cannot imagine that any mainstream candidate would seek or accept any ‘support’ from overt Jew haters and racists.”