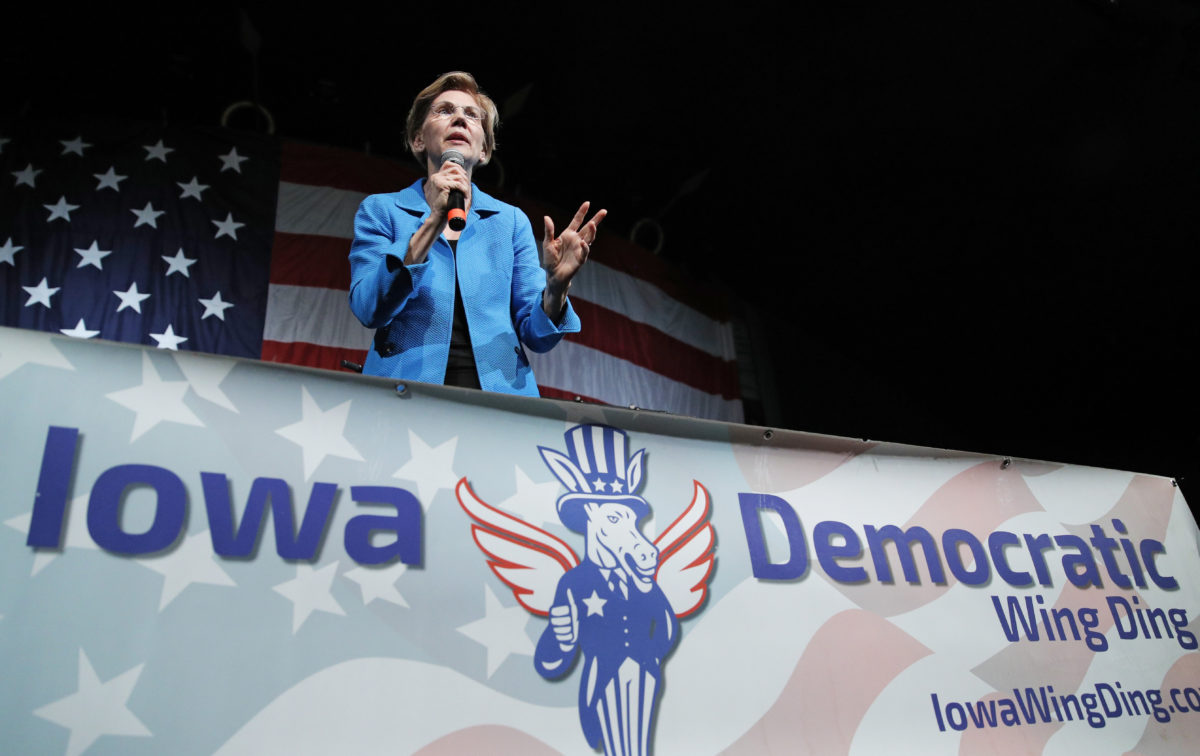 More than 20 Democratic presidential candidates — along with 1,600 Iowa Democratic activists and an untold number of reporters and operatives — piled into a compact old-fashioned ballroom in northern Iowa on Friday night, best known as the location of Buddy Holly’s last show before his untimely death in 1959.

The Wing Ding, as the joint fundraiser for local Democratic parties is known, has only recently become a fixture of the presidential calendar. In hopes of grabbing a decent seat, attendees line up for hours before the event starts. As they wait, staffers from almost every presidential campaign line up singing, shouting and holding signs to promote their candidate. This sort of visibility does little to woo voters — after all, most Iowans don’t decide their candidate based on which campaign has the most enthusiastic 23-year-old staffers — but it provides something for reporters’ Instagram feeds.

Once inside, people line up for a buffet-style dinner of fried chicken, baked beans and potato salad, then try to find seats either in rows of folding chairs or booths off to the side and back of the room. The 1,600 people attending have paid $35 a pop. But they’re not showing up for the food — they’re hoping to rub shoulders with the next president of the United States.

Those opportunities are aplenty. You can spot billionaire Tom Steyer gnawing on a chicken wing, have Senator Cory Booker approach your table while he works the room or watch Ohio Rep. Tim Ryan hold his son atop his shoulders while taking questions from reporters.

On stage, candidates were given five minutes to make their rapid-fire pitch. The pace is markedly different from last year, when three potential candidates had to keep to strict time limits and the fourth, Michael Avenatti, was allowed to speak as long as he desired.

After more than two hours of speeches Friday night, the event ended with a healthy applause for Joe Biden and relief that the night was finally over. Attendees walked back to their cars parked for blocks in a residential neighborhood, taking in the evening breeze after hours in the sweltering jam-packed ballroom.