GOP delegation meets instead in Ramallah with Erekat and Shtayyeh 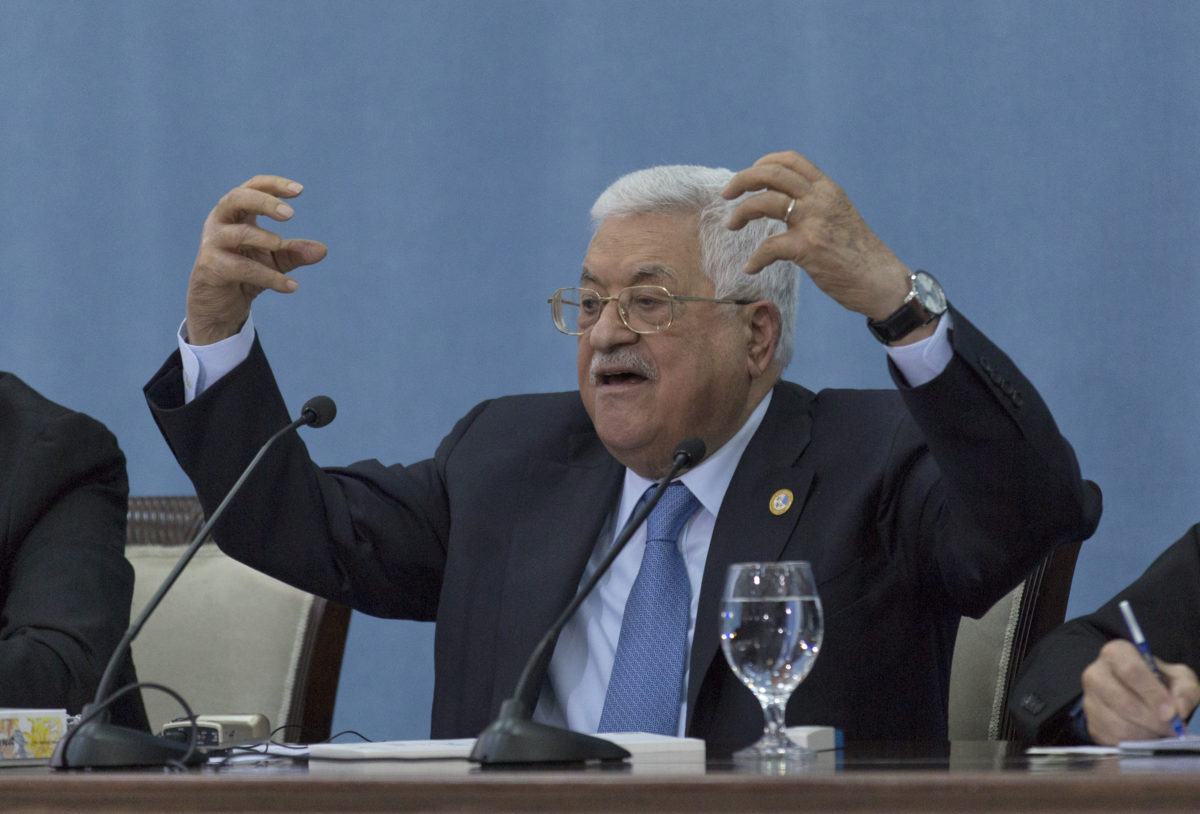 The 31 Republican members of Congress were scheduled to meet with Abbas in Ramallah on Tuesday as part of a weeklong trip organized by the American Israel Education Foundation, an affiliate of AIPAC.

But Abbas was a no-show, instead sending other Palestinian officials to meet the group. A source familiar with the trip confirmed that the delegation met instead with PLO General Secretary Saeb Erekat and PA Prime Minister Mohammad Shtayyeh.

A representative for House Minority Leader Kevin McCarthy (R-CA), who is leading the Republican trip, did not respond to a request for comment.

Rep. Anthony Gonzalez (R-OH) said he opted to skip the Ramallah portion of the trip after he learned Abbas would not be attending.

“He cancelled on the Republicans,” Gonzalez told Jewish Insider in Jerusalem on Tuesday. “I think it’s because the administration has been awfully hard on Palestinians and very supportive of Israel — which is the right thing to do — and I think he saw the Republicans as maybe not worth his time.”

At a press conference in Jerusalem on Sunday, Hoyer said he was not enthusiastic about Abbas’s commitment to peace. “Frankly I did not hear anything new,” Hoyer said of the meeting. “He indicated he was prepared to sit down and negotiate without preconditions — and then he referenced a number of preconditions.”

In 2017, Abbas canceled plans to meet with Vice President Mike Pence because of President Donald Trump’s decision to recognize Jerusalem as the capital of Israel.