Biden: 'No democracy should deny entry to visitors based on the content of their ideas' 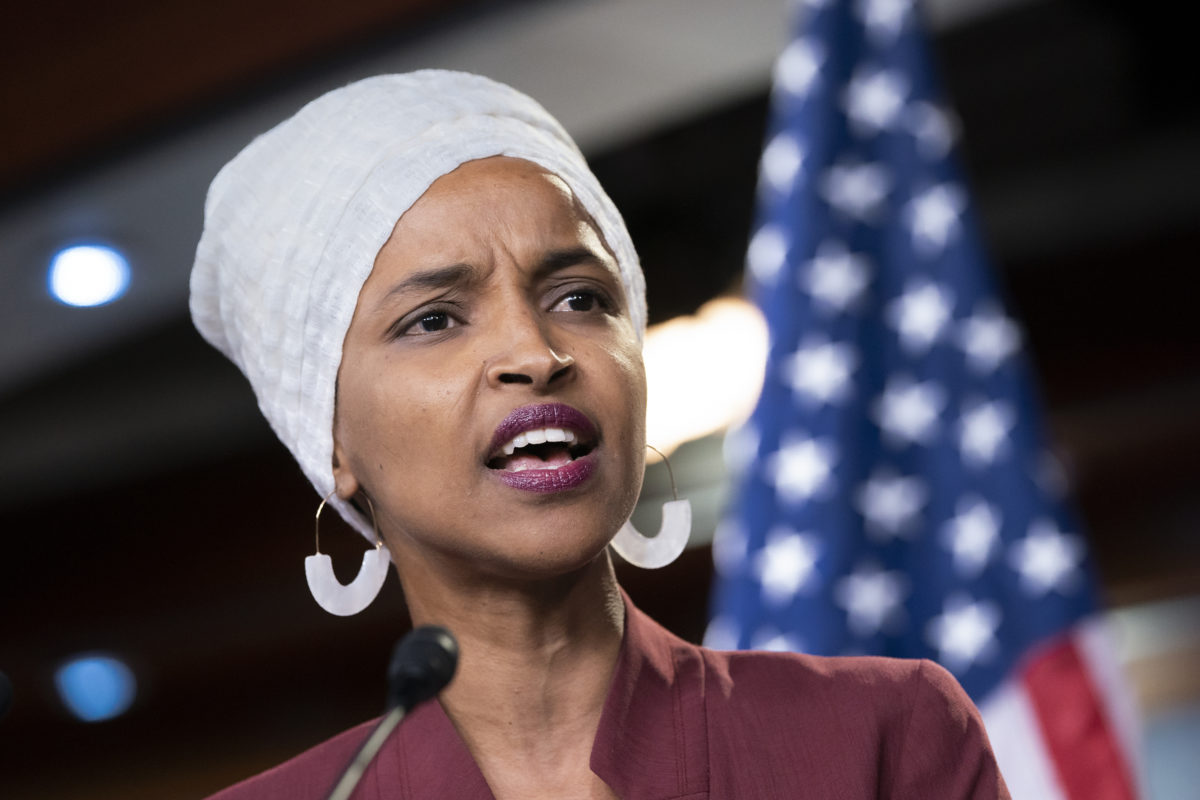 Rep. Ilhan Omar, D-Minn., during a news conference at the Capitol in Washington, Monday, July 15, 2019. All are American citizens and three of the four were born in the U.S.

Democratic presidential candidates universally condemned the decision by the Israeli government to bar two members of the House of Representatives, Rashida Tlaib (D-MI) and Ilhan Omar (D-MN), on Thursday.

The decision came just before the two were scheduled to visit Israel and the West Bank on a trip organized by Miftah, a Palestinian nonprofit organization.

The two were denied entry under an Israeli law that blocks individuals who advocate for boycotting the country. Tlaib and Omar both support the Boycott, Divestment, Sanctions (BDS) movement against Israel.

Former Vice President Joe Biden said he has “always been a stalwart supporter of Israel — a vital partner that shares our democratic values. No democracy should deny entry to visitors based on the content of their ideas — even ideas they strongly object to. And no leader of the free world should encourage them to do so.”

Senator Elizabeth Warren (D-MA) tweeted: “Israel doesn’t advance its case as a tolerant democracy or unwavering US ally by barring elected members of Congress from visiting because of their political views. This would be a shameful, unprecedented move. I urge Israel’s government to allow @IlhanMN and @RashidaTlaib entry.”

This was echoed by Senator Bernie Sanders (I-VT), who argued on Twitter that “banning Congresswomen Omar and Tlaib from entering Israel and Palestine is a sign of enormous disrespect to these elected leaders, to the United States Congress, and to the principles of democracy. The Israeli government should reverse this decision and allow them in.”

Senator Kamala Harris (D-CA) focused on the principle of members of Congress being refused entry to any country. She tweeted: “I don’t believe any nation should deny entry to elected Members of Congress, period. It’s an affront to the United States. Open and engaged foreign relations are critical to advancing U.S. interests. Trump is playing politics as he weakens our global leadership.”

Others, including former Congressman Beto O’Rourke (D-TX) focused on President Donald Trump’s criticism of the two members of congress. “President Trump, you show great weakness every single day — when you attack women of color, when you degrade the office of the president, and when you ask our allies to stoop to your level,” tweeted O’Rourke. This was echoed by businessman Tom Steyer, who said in a statement, “Donald Trump’s demand that Israel bar the entry of Representatives Omar and Tlaib as U.S. officials is an affront to core American ideals. His divisive demands of our allies are contrary to the principles of free speech and open, vigorous dialogue.”

Perhaps the strongest statement came from Washington Governor Jay Inslee, who said on Twitter that the decision was “state sanctioned Islamophobia” by Israel. Both Omar and Tlaib are Muslim.