Haim Saban: Bernie Sanders is a ‘communist’ and a ‘disaster’

The Israeli-American billionaire tells The Hollywood Reporter that he gives charity 50/50 in the U.S. and Israel 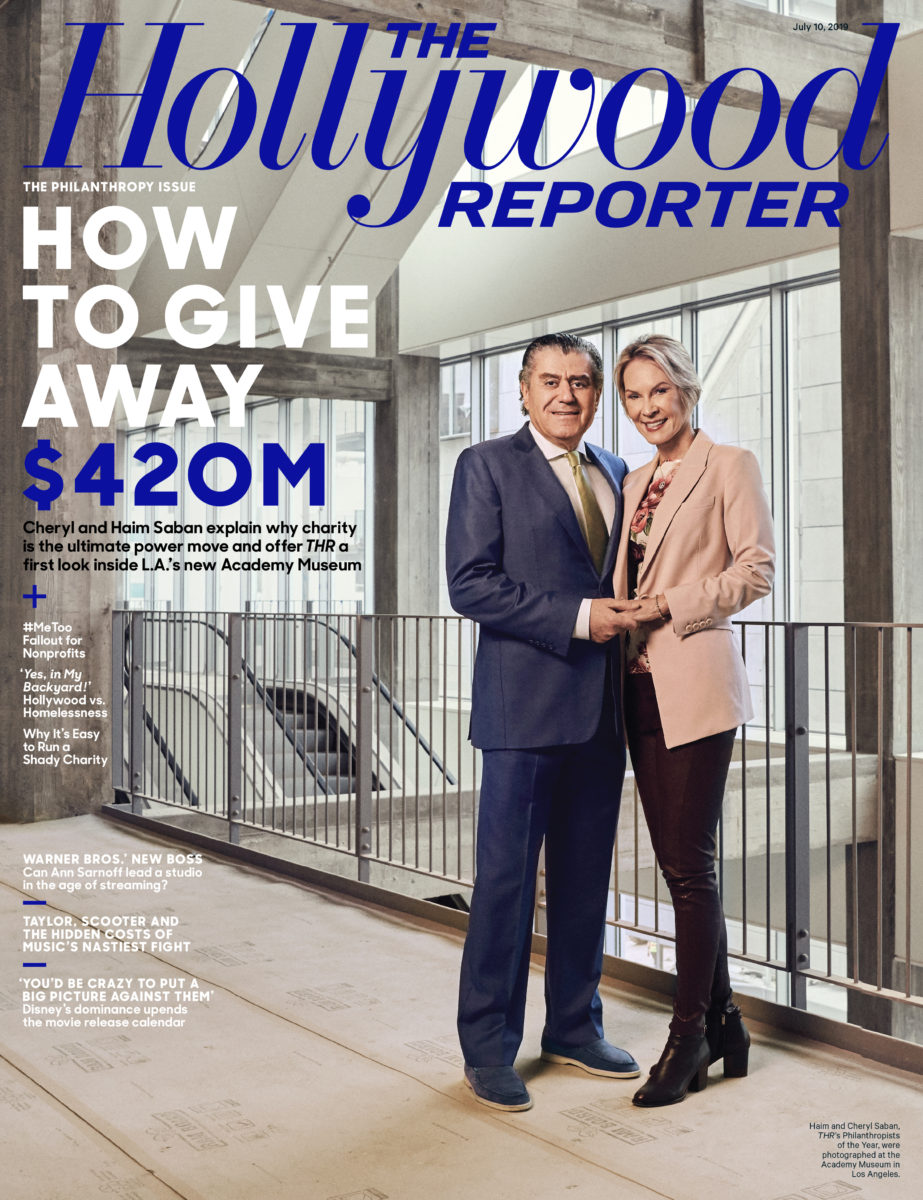 Haim and Cheryl Saban on the cover of The Hollywood Reporter.

In a wide-ranging interview with The Hollywood Reporter published on Wednesday, Israeli-American billionaire Haim Saban slammed Bernie Sanders, discussed the tension around support for Israel and laid out his approach to charitable giving in the U.S. and Israel.

Haim and Cheryl Saban, worth an estimated $3.2 billion, were honored by The Hollywood Reporter as the magazine’s first-ever philanthropists of the year, and graced the cover of this week’s issue.

The Sabans, who were the largest individual donors to Hillary Clinton’s 2016 presidential campaign, are happy with the wide Democratic primary field as 2020 approaches. Well, almost entirely happy.

“We love all 23 candidates,” Saban said. “No, minus one. I profoundly dislike Bernie Sanders, and you can write it. I don’t give a hoot. He’s a communist under the cover of being a socialist. He thinks that every billionaire is a crook. He calls us ‘the billionaire class.’ And he attacks us indiscriminately… 22 are great. One is a disaster zone.”

Saban also is unimpressed with Sanders’s pronouncements on Israel.

“I can’t deny the impact that Bernie has had on the Democratic Party,” he adds. “I love it when Bernie says, ‘I recognize Israel’s right to exist.’ That’s how he expresses his support of Israel. Well, thank you so very much. Are you out of your freaking mind? Oh, I’m allowed to live. Hallelujah, praise the lord.”

While the Sabans are longtime Democratic donors — and intend to continue that in 2020 — Saban isn’t a fan of certain freshmen members of Congress.

“AOC made a statement: ‘There’s a massacre in Gaza,’” he said. “She was asked a question related to what’s going on between Israel and the Palestinians, and she said, ‘Well, I’m going to have to study this.’ So, here she made a statement that is pretty scary and pretty compelling but misinformed. Why don’t you go study and then make a statement?”

The Sabans’ steadfast support of Israel is a hallmark of their activism and their philanthropy.

“The basic strategy is 50-50. Meaning for every dollar we give in America, we give a dollar in Israel,” he said. “I was an immigrant twice, once from Egypt to Israel. Israel opened her arms and took me in. And America opened her arms, and I’m an American citizen now.”

Saban said that generating support for Israel and Israeli causes can be difficult.

“There is a certain tension [now], but is that tension something that was always there but not expressed? I don’t know,” he said. “There’s a famous saying that antisemitism is a light sleeper, and it doesn’t take much to wake it.”

And when it comes to President Donald Trump, Saban was tight-lipped, offering only one sentence on the president’s actions toward Israel.