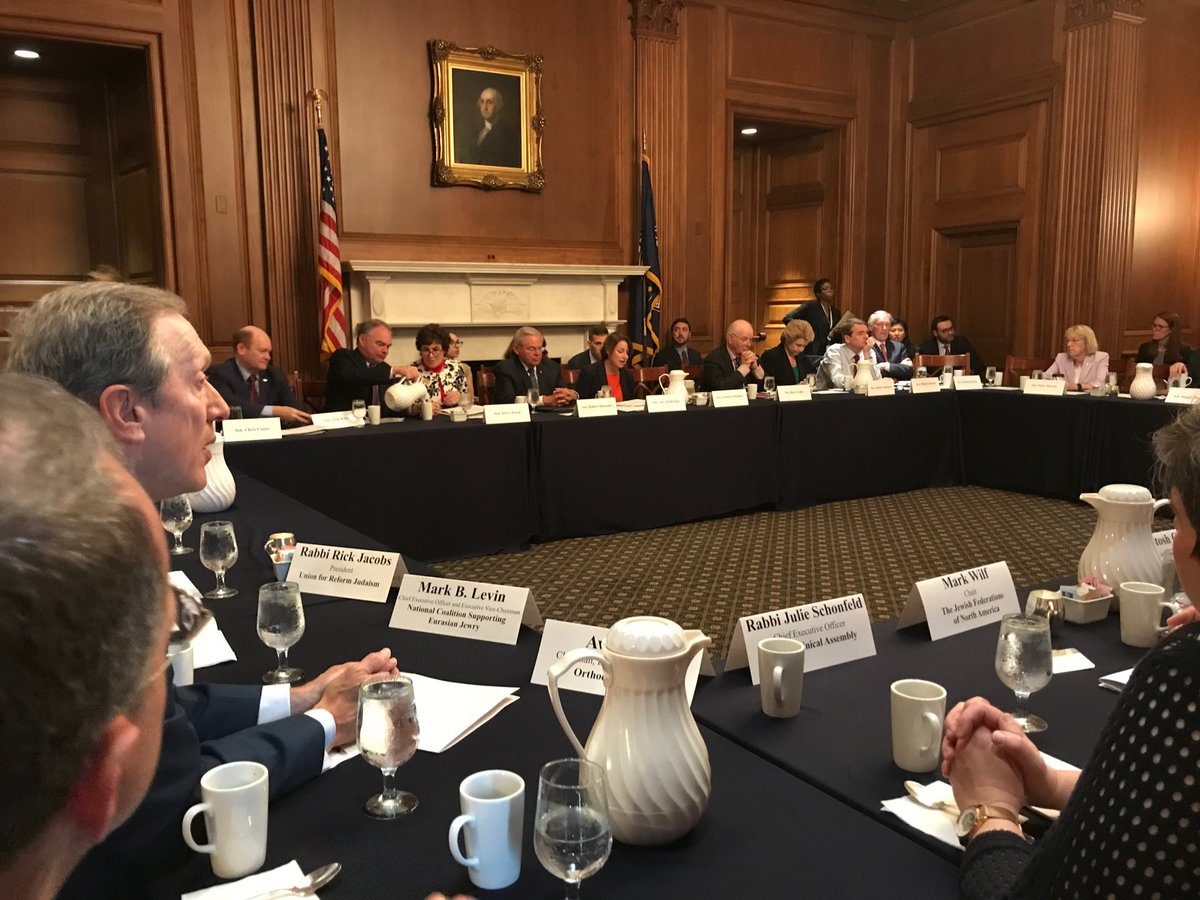 “I wish it had been longer,” Sen. Coons (D-DE) told Jewish Insider. “We had so many members of the Senate and leaders of the Jewish community from around our country and there are so many topics to discuss. It was a very productive hour, I only wish we had a second hour… There was a vigorous discussion about how we all need to fight bigotry and antisemitism in all its forms and finding a positive shared path.”

According to a source at the meeting, J Street’s Jeremy Ben Ami raised how there must be space left for critics of Israel’s policies without being defined as anti-Israel or antisemitic. Susie Gelman, of the Israel Policy Forum, spoke out against Israeli annexation, and AIPAC’s chief executive, Howard Kohr, discussed the memorandum of understanding between the United States and Israel.

OF NOTE: As has become the tradition of this annual meeting, AIPAC’s Kohr and J Street’s Ben-Ami were sitting next to each other across the table from Klobuchar and Schumer.