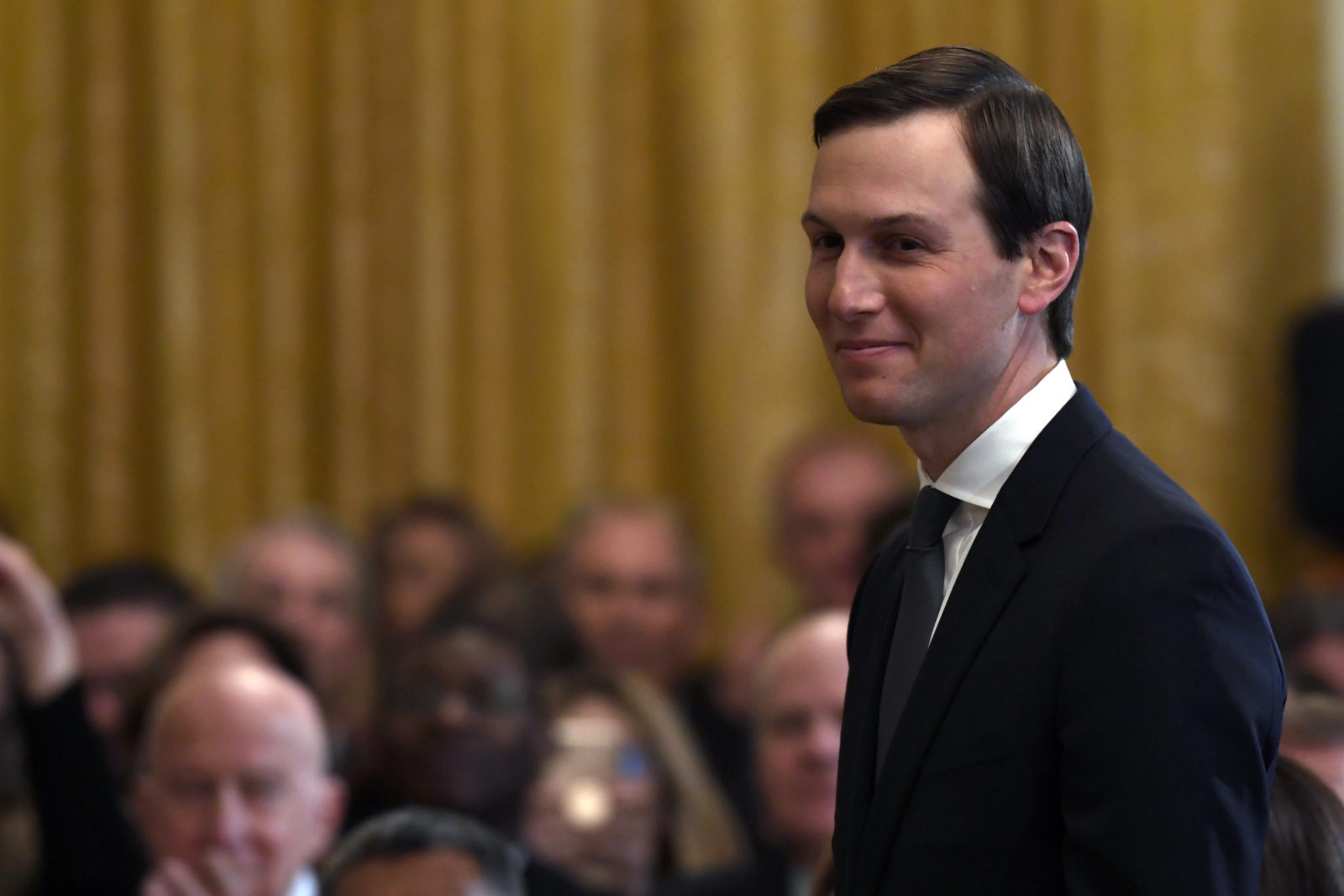 The White House announced the first phase of the Mideast peace plan on Sunday, an economic blueprint which will be the subject of a summit in Manama, Bahrain on June 25 and 26.

Finance ministers and business leaders from the region will be invited to participate in the “economic workshop,” said administration officials, in an attempt to present the details and get feedback on the proposal before engaging on the political issues. “It’s tough to digest both the economic and political proposals at once, since they’re both very detailed proposals,” an administration official told CNN.

The White House said that the political part of the plan, which deals with the core issues of the Israeli-Palestinian conflict, will be presented to the two sides “very soon.”

“The Palestinian people, along with all people in the Middle East, deserve a future with dignity and the opportunity to better their lives,” Jared Kushner said in a statement.

Kushner added in a statement to CNN, “People are letting their grandfathers’ conflict destroy their children’s futures. This will present an exciting, realistic and viable pathway forward that does not currently exist.”

Who will attend? The U.S. delegation will be headed by Treasury Secretary Steven Mnuchin and Kushner. According to Haaretz, Israeli Finance Minister Moshe Kahlon is expected to head the Israeli delegation to the summit. A spokesman for  Kahlon said, “We have not yet received an invitation.”

The Palestinian Authority is not expected to participate in the workshop. But a senior U.S. official said the White House invited a group of Palestinian businessmen and is expecting some of them to attend.

Bashar Masri, Palestinian billionaire and founder of the West Bank city Rawabi, tells Jewish Insider he was invited to the Bahrain summit but won’t attend. “I am not attending as I believe such a workshop without the full coordination and leadership of our political system is not going to lead to anything but damage to the Palestinian cause,” Masri said. “We certainly have lots of internal issues to deal with but are capable of leading and improving our economy. Our main problem is with external obstacles and interference.”

“Releasing an economic vision for government ‘investors’ without specifying the political structures that support it is like selling apartments in a skyscraper for which there are as yet no architectural plans,” Tamara Cofman Wittes, a senior fellow in the Center for Middle East Policy at Brooking, tells Jewish Insider.

Dore Gold, former Director General of Israel’s Ministry of Foreign Affairs, emails us: “Without knowing yet all the specifics, the Arab side has to know that the plan will first and foremost produce an entirely new economic situation in the Middle East. For example, the West Bank can emerge as a conduit for connecting the eastern Mediterranean to Jordan and then to Iraq and Saudi Arabia.”

“The old peace process is not enough. The Arab states need to see that they have a real stake in the new vision being proposed. Rather than fear the Trump plan, Arab states could become its greatest advocates. That is the only way to obtain a breakthrough which has defied most diplomats in the past.”

Washington Institute’s Dennis Ross emails us: “It looks to be their effort before presenting the plan to show that the economic side of it is serious, has real commitments, and can change life dramatically for the better. I would like to see some economic steps taken to stabilize the situation in Gaza and the West Bank before the larger plan is unveiled — getting something done practically on the ground before the plan is presented would not only create a better context for the plan but also show the administration is already delivering in more concrete terms. At this point, the administration faces a pretty steep climb to get the plan taken seriously — stabilization steps in advance of the plan could help in that regard.”

Wilson Center’s Aaron David Miller tells JI, “I think Kushner surrendered, not increased his leverage by breaking this into two pieces, because if he purports to do a comprehensive solution to the Israeli Palestinian conflict, then you need to address the economic and political components as part of a package. That’s the only way this could work. And if you break it up and sequence it the way you’ve done, you really get the sense that this is designed to put the Palestinians again in a box at a time when they are desperate economically.”

“To me, this is a clever move, but it is not a wise move. I think they want to increase their leverage by making it unmistakably clear what this plan offers to Palestinians. But whether or not all of this leverage is going to be enough to substitute, compensate, induce the Palestinians to somehow be more flexible on the issues they care about, I doubt it. And it is not beyond the realm of the possible that the political aspects of this are delayed for quite a while.”

Khaled Elgindy, a nonresident fellow in the Center for Middle East Policy at Brookings: “Previous administrations also tried to separate economic from political issues, presumably because the latter were just too difficult. But this approach has never worked. However, the problem with the Trump plan is far deeper, in that it takes all of the main issues that Palestinians care about — Jerusalem, refugees, and genuine sovereignty — off the table. In other words, the economic component of the Trump plan mostly likely far outweighs whatever political elements it may have. All of this makes the entire Trump plan a nonstarter, certainly from the Palestinian standpoint but also from the perspective of a credible two state solution.”