Congressional candidate: ‘Israel is not a Jewish democracy’ 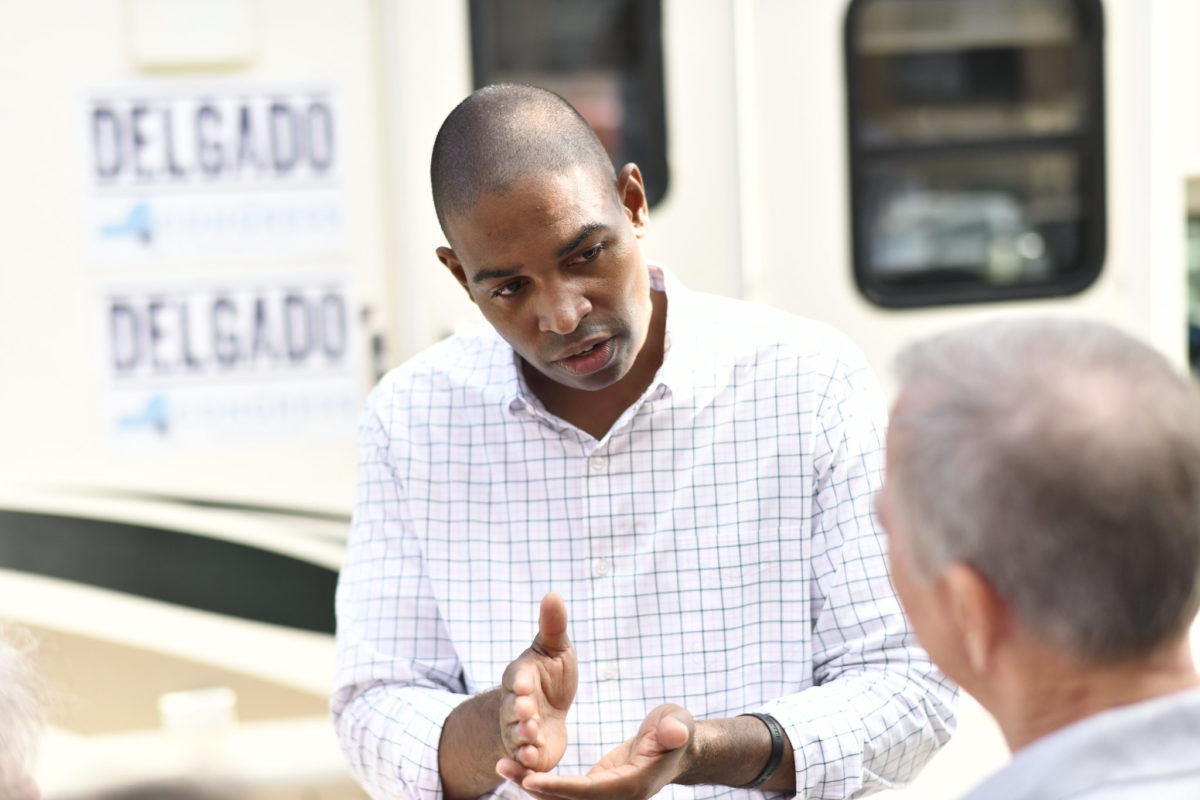 The Democratic nominee running in New York’s 19th district claimed during a debate on Monday that Israel is not a “Jewish democracy” unless it reaches a peace settlement with the Palestinians.

“It has become clear to me that being pro-Israel and being pro-peace is critical but I am also pro-democracy,” declared Antonio Delgado who is challenging incumbent Republican Congressman John Faso. “And as currently constructed, you know, Israel is not a Jewish democracy. Those settlements make it so that it can’t be,” Delgado added during the live-streamed debate. “We have got to have a two-state solution.”

Delgado — who noted that his wife and children are Jewish — said he was opposed to Trump’s decision to move the U.S. Embassy to Jerusalem. “I think unilaterally moving in that direction sends a wrong signal to that region,” he explained.

“The state of Israel is our closest ally in the Middle East. For Mr. Delgado to claim that Israel is not a Jewish democracy is insulting to its citizens and to our relationship with that nation,” Faso told Jewish Insider in an emailed statement. “It is imperative that the United States stands strong side-by-side with the state of Israel and the Israeli people. Antonio Delgado doesn’t seem to understand that Israel is both a democracy and a Jewish State.”

In a later statement to Jewish Insider, Delgado clarified his remarks, insisting that they were made in the context of expressing support for the two state solution. “I am committed to a two-state solution—a Jewish state of Israel and a sovereign Palestinian State—because it is the only way for Israel to fulfill its own aspirations to remain a Jewish democracy for future generations,” Delgado stated. “As I made clear in the debate and in my statements throughout this campaign, I have a deep personal and family connection to the state of Israel. As a member of Congress, I will do everything in my power to ensure its security is safeguarded, which is also profoundly in America’s national interest.

Delgado blamed his opponent for “distorting” his remarks “for partisan political purposes.”

The race for the 19th district is featured as a “toss up” by the Cook Political Report. A recent poll showed Faso, who was first elected in 2016, and Delgado in a statistical tie.