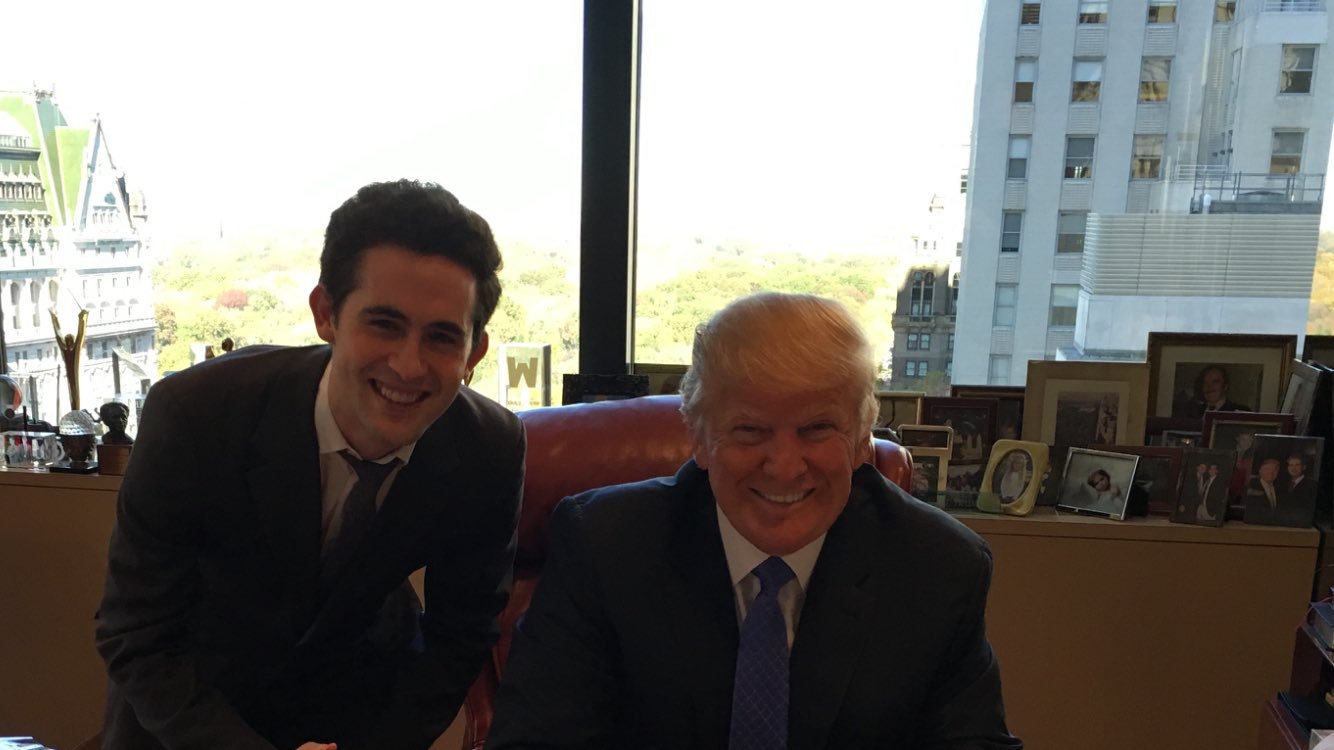 How Avrahm Berkowitz Landed in the West Wing

From a simple game of pickup basketball to a top West Wing position in the Trump White House: For Avrahm (Avi) Berkowitz, an encounter on the court with Jared Kushner at a Passover hotel program in Arizona several years ago has led to a number of unique opportunities. The latest manifestation of this journey was announced Thursday in a Trump press release listing Berkowitz’s new title: Special Assistant to the President and assistant to Senior Advisor Jared Kushner.

When Kushner and Berkowitz first met during a Passover program at the historic Arizona Biltmore Hotel, Berkowitz was attending classes at Queens College. The two kept in touch and when Avi graduated, Kushner hired him to join his family’s real estate company where Berkowitz helped manage the firm’s apartment portfolio.

Leaving Kushner Companies for Harvard Law School, Berkowitz continued his ties to the family by contributing articles to the New York Observer, a Kushner-owned publication. In his writings, Berkowitz railed against “liberal” intolerance, anti-Semitism at Harvard, while also analyzing the state of the private jet industry.

As a member the 2016 Harvard Law School graduating class, Berkowitz intended to join a prestigious New York firm. In the early months of 2016, as Trump and Kushner grew increasingly agitated with their treatment in the press, rumors circulated about the then-candidate’s plans to create a new cable network, to be known as Trump TV. To test the idea, the campaign launched a Facebook Live talk show called Trump Tower Live. Kushner asked Berkowitz to help lead the effort as its Director.

By this time, Berkowitz had accepted an offer to join the law firm Gibson Dunn in the fall of 2016. In the meantime, he agreed to help out his friend on the campaign. As the election heated up, Berkowitz’s position within Trump World grew. He assumed an additional title as Assistant Director of Data Analytics, working closely with the campaign’s Data Director Brad Parscale, a fellow Kushner recruit. Understanding their soon-to-be associate’s role, Gibson Dunn allowed Berkowitz to postpone the start of his new job until after the election.

On November 8th, along with many other ramifications, the 27-year-old’s career trajectory changed. Quickly forgetting the thought of becoming a first year associate, Berkowitz was instead headed to DC and, more specifically, to the West Wing of the White House to serve as Kushner’s deputy.

On Thursday, Trump suggested that Kushner would serve as a mediator for Israeli-Palestinian negotiations, saying “If [Kushner] can’t produce Middle East peace, nobody can.”

While some reports suggested that Trump and Kushner were annoyed with AIPAC’s apology at its Policy Conference last year (after a number of AIPAC delegates cheered when Trump attacked President Obama, calling him “the worst thing ever to happen to Israel”), the new Administration doesn’t appear to be holding any grudges. In fact, to the contrary, Berkowitz’s first cousin is former AIPAC President Howard Friedman. David Cordish serves on AIPAC’s National Board. His son Reed, also a friend of Kushner, was appointed this week to serve as Assistant to the President for Intragovernmental and Technology Initiatives.

How Trump’s White House and Kushner’s West Wing will operate is anyone’s guess but no one can deny the power of a pickup basketball game. If nothing else, expect to see activity on the White House basketball court come next Passover.