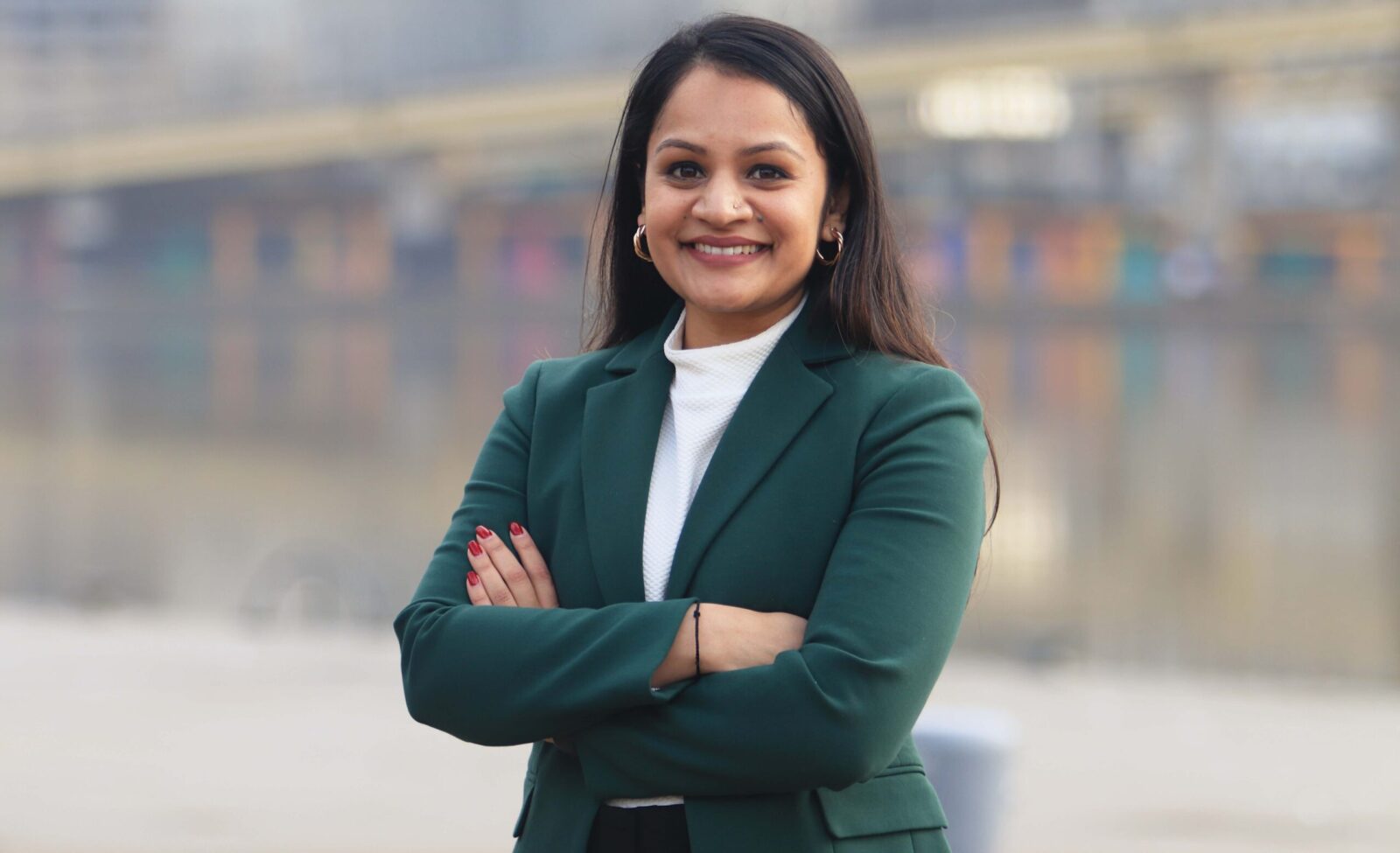 The Pennsylvania Democrat hoping to succeed Summer Lee in the Statehouse

Bhavini Patel, whose short-lived campaign for an open House seat in Pittsburgh drew interest from local Jewish leaders, is setting her sights on the state legislature, as a new vacancy sets the stage for a special election that could determine the balance of power in Pennsylvania’s lower chamber.

The Democratic councilwoman from Edgewood recently announced her bid to succeed outgoing state Rep. Summer Lee, a progressive stalwart who is ascending to federal office this January, following a high-profile campaign that faced opposition from pro-Israel groups. For her part, Patel, 29, had briefly sought the nomination in Pennsylvania’s redrawn 12th Congressional District, but she dropped out of the primary after just a couple of months, citing a lack of momentum.

This time around, however, Patel suggested that she is more bullish about her prospects, as the local elected official gears up for a competitive election that is likely to accelerate in the coming weeks.

Honing her message from the congressional race, Patel — a Pennsylvania native raised by a single mother who immigrated from India — emphasized that her “personal life story” is reflective of the voters she hopes to represent in the state’s 34th District, which encompasses some parts of Pittsburgh and its surrounding suburbs in Allegheny County.

“My mom eventually became a small business owner, and I grew up working in food trucks,” Patel explained in an interview on Wednesday. “Seeing how a single parent can become independent through small businesses and raise a family, those are the experiences, I think, that a lot of the people in the 34th are experiencing, and being able to speak to those challenges is critically important.”

In contrast with Lee, who officially resigned from her statehouse position on Wednesday, Patel stressed a relatively moderate approach to governance, including a commitment to boosting “small business development” as well as promoting law enforcement, among other practically oriented agenda items. “I think it’s absolutely important that we support our police officers,” she said, “and make sure that we’re building up our community relations.”

Still, Patel resisted ideological labels. “I’m a young woman of color, so inherently I’ve experienced a lot of the challenges of this district, and my job is to take those experiences and take those stories to Harrisburg and work with anybody and everybody who’s willing to support a bold vision for change,” she said, referring to the state capital. “That’s where I stand on the spectrum, and that’s my mission if I get elected to serve the district.”

The special election, tentatively scheduled for Feb. 7, is among a trio of upcoming races in traditionally blue districts that are likely to decide whether Democrats will take the majority in Pennsylvania’s House of Representatives for the first time in more than a decade. The party now holds a razor-thin two-seat deficit, owing to a pair of new vacancies as well as the recent death of a Democratic state lawmaker. Republicans, consequently, maintain a slight if only temporary advantage heading into the new term.

Patel is one of at least four Democratic contenders who are currently jockeying for the chance to replace Lee, including attorney Abigail Salisbury, environmental activist NaTisha Washington and school board member Ashley Comans.

In lieu of a traditional primary, the Allegheny County Democratic Committee will choose one candidate in a vote that has yet to be scheduled, with at least two months remaining until the special election. The Democratic nominee is favored to prevail because the district is overwhelmingly blue.

It remains to be seen if committee members are leaning toward one particular candidate. “The way that I’ve been approaching it is obviously just having one-on-one conversations with anybody and everybody who’s willing to talk within the committee and even beyond that,” Patel said of her approach to the nomination process. “I’m making the case for why I would be best suited to serve the district.”

Steve Irwin, a Jewish Democrat who narrowly lost to Lee in a hotly contested primary battle last spring, said Patel “has worked hard to develop relationships with the Democratic committee” as she makes her bid for higher office. “I think Bhavini is a very strong candidate,” he suggested, adding that she has “a real mastery of policy” and is “very personable.”

“I didn’t know Bhavini before the congressional campaign, and I thought she made a realistic and selfless decision to exit when she did,” Irwin told JI. “We’ve become friends through that shared experience, and she would make a very effective member of the Pennsylvania House.”

Jeffrey Letwin, a Jewish community activist in Pittsburgh, echoed that assessment. He said he was impressed with Patel’s abbreviated campaign for federal office earlier this year and now believes she will be a “very formidable and credible candidate” for the statehouse seat. “I’ve kept in touch with her,” he said in a recent interview with JI. “I think she’s got a future.”

In addition to her role on the Edgewood Borough Council, Patel — an Oxford graduate and former tech entrepreneur — has served as a community outreach manager for Allegheny County’s executive since June.

Lou Weiss, a pro-Israel activist in Pittsburgh who is registered as a Democrat but usually backs Republicans, indicated that he was willing to make an exception for Patel’s campaign. “She is charismatic, level-headed and smart,” he told JI. “While I’m generally on Team Red, she is a Democrat I could proudly support.”

In conversation with JI, Patel expressed opposition to the Boycott, Divestment and Sanctions movement targeting Israel, which is among the few issues related to Middle East policy that lawmakers address in the state legislature. “I think that implementing economic sanctions on an economic ally and a national security ally,” Patel said, “is not the correct approach.”

The U.S. and Israel “have always had a strong partnership, and I think that’s reflected in the local community in Squirrel Hill but also throughout the 34th District,” Patel told JI, referring to the heavily Jewish Pittsburgh neighborhood. “I think it’s absolutely imperative to engage the Jewish community and to show solidarity,” she elaborated, “especially when our Jewish communities are faced with antisemitism and unacceptable comments.”

“As an Indian-American woman, for me, it’s absolutely imperative to be able to build cross-cultural connections and show solidarity so that our Jewish community knows and realizes that they’re welcome here,” Patel said. “It’s that diversity and that acceptance that makes us thrive and build toward success.”

Before the midterms concluded last month, Patel had been tentatively eyed by some pro-Israel advocates in Pittsburgh as a potential challenger to Lee next cycle, according to a person familiar with the matter. During the House race, Lee had drawn fierce resistance from pro-Israel groups, notably including a super PAC affiliated with the lobbying group AIPAC, over her critical approach to U.S. policy in the Middle East.

Now that the special election is underway, however, such strategizing appears to have dissipated — and Patel herself did not directly address whether she hopes to seek federal office again. “I’m focused on the HD-34 race,” she said matter-of-factly.