With the election now all but behind him, Frisch said he has been traveling the state in recent weeks, meeting with donors, county leaders and other supporters to assess his prospects in 2024. 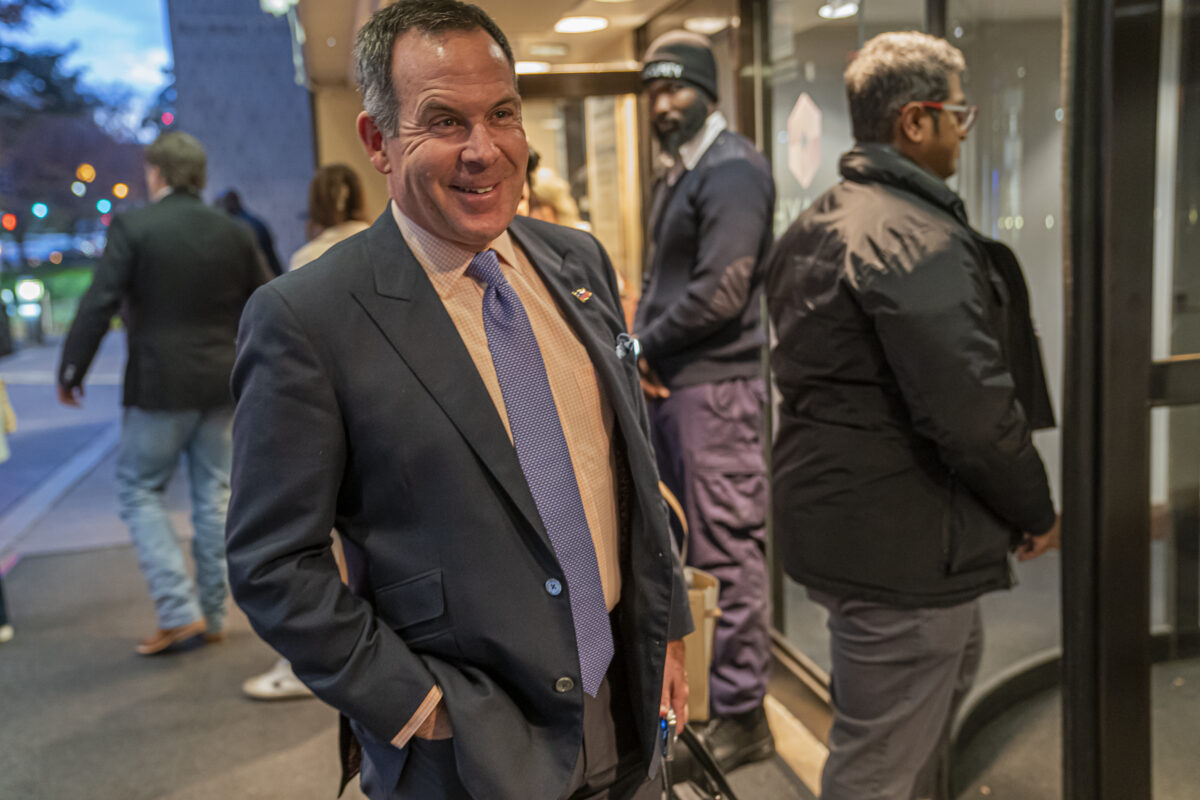 For the past few weeks, Adam Frisch, a Democrat who came close to unseating Rep. Lauren Boebert (R-CO) last month in a Colorado House race, has occupied something of a curious position.

Even as he conceded defeat on Nov. 18, saying he was unlikely to overcome a tantalizingly slim deficit of around 500 votes, the matchup remains too close to call amid a mandatory recount that is expected to conclude by Tuesday.

Frisch, however, has no expectations that the updated tally will deliver the result he needs to best his Republican opponent, an incendiary freshman lawmaker who proved surprisingly vulnerable. “We’re the only race that hasn’t been decided, but it’s pretty much decided,” Frisch, 55, said in an interview with Jewish Insider on Thursday. “Unless there’s a 500-vote county, nothing’s going to happen.”

Fixed in a sort of electoral limbo until next week, the former Aspen city councilman has resisted temptations to second-guess his first campaign for federal office. “I try to stay pretty Zen throughout my life,” Frisch noted. “There’s not much I can do about it now.”

In the meantime, Frisch has been actively weighing a rematch, particularly after a robust showing that catapulted his campaign onto the national stage. “I’ve just got to check in with, a, my body, b, the family, and listening to those who were involved before to make sure they agree that we still think there’s a path,” he explained. “I only want to go if we think there’s a path.”

Though Frisch has already filed to challenge Boebert in the coming election cycle, he told a local newspaper last month that his statement of candidacy, signed just a day before he conceded, did not mean he was planning to run just yet. Instead, Frisch had filled out the paperwork, he said, as a kind of insurance policy that would have allowed his campaign to continue fundraising for legal expenses in the event of a narrow victory.

With the election now all but behind him, Frisch said he has been traveling the state in recent weeks, meeting with donors, county leaders and other supporters to assess his prospects in 2024. “I spent some time in Denver with some of the people proactive in the business community who were either small supporters, big supporters or not supporting and kicking themselves that they didn’t support more,” he said.

The purpose of such conversations, Frisch clarified, has not been to engage in an “‘I told you so’ tour” or to point fingers at those who snubbed him. “Holding grudges,” he said, “ is just not a way to go.”

“I’m going to listen, and mostly what we’re hearing is people are very confident that we could make another go of it,” he claimed. “We’re going to digest all of that stuff. It’s not even 2023, so I think we have some time.”

Frisch spoke with JI from Pueblo, a city in Colorado’s traditionally conservative 3rd Congressional District, which takes in most of the state’s Western Slope. Next week, he said he was continuing on to Grand Junction, about a five-and-a-half hour drive across the district.

If he chooses to run again, Frisch, who identifies as a “pragmatic” moderate, would begin his second campaign with the sort of institutional connections he had struggled to attain in his recent bid, even as he managed to build a formidable warchest.

His campaign strategy was premised, he said, on a straightforward if not immediately intuitive calculation that he had gamed out himself. “I was a currency trader for years in interest rates and derivatives, so I understand that,” Frisch told JI. “But what I told people is, it wasn’t linear algebra to look at the numbers I looked at at the start of this conversation, in November and December of 2021, to figure out that there was a path to victory.”

“It just required looking at some numbers and seeing that Boebert only got 51% of the vote in 2020” and “did not win her home county,” he explained. Those factors, among others, indicated that a critical mass of constituents had, as Frisch suspected, grown increasingly tired of Boebert’s performative antics, inflammatory rhetoric and penchant for conspiracy theories such as QAnon.

Frisch, who is Jewish, had also expressed personal reservations over Boebert’s conduct amid an uptick in antisemetic hate crimes.

In an interview with JI last June, he described QAnon as “an antisemitic and racist organization,” while arguing that Boebert “is one of the biggest champions” of the movement, which she has amplified during her tenure in Congress. “I think she has done a lot of antisemitic things,” Frisch said. “She’s hanging around with a lot of antisemitic organizations, seeks their active support and is fueling a lot of replacement theory conversation.”

Still, Frisch emphasized that he had not experienced any anti-Jewish prejudice from Boebert’s campaign or from voters on the campaign trail. “I didn’t see it come up, and we’re not diving around the whole dark net or anything, but we spent some time investigating a little bit and keeping our eyes open and ears open.”

“I think there was this view beating me up about being from a mountain town, let alone from Aspen,” Frisch added, noting that Boebert had aggressively sought to cast him as an out-of-touch elite in a predominantly rural district populated by ranchers and farmers. “My takeaway,” he said, “is our opponents spent so much time focusing on the whole ‘being from Aspen’ thing that there was enough there for them to run with.”

Meanwhile, his own strategy, he said, was to peel away at least 10% of Boebert’s “prior” supporters with the hope of constructing a tri-partisan coalition including disaffected Republicans, unaffiliated voters and Democrats. “I tried to make it fairly simple to everybody — donors, the media, politicos, a bunch of people — and I was a little surprised or disappointed about how little of it sunk in.”

The Democratic longshot heard such admissions, he recalled, while preemptively attending an orientation for new House members last month in Washington, D.C., just days before he announced his concession.

“Let me just say, I met a lot of bold-name people at the highest levels of government, and they were all, one, very appreciative and very knowledgeable about how we ran our race, and they were very aware that they didn’t do anything for us,” he said, without disclosing names. “There are a lot of people at the highest level of government, kind of the old guard and the new guard, who are very interested in us running again.”

Even if national Democratic leaders “missed this race completely,” as Frisch bluntly put it, he did gain support from some outside groups as the campaign entered its final stretch. One month before the midterms, for instance, he notched dual endorsements from the Jewish Democratic Council of America and Democratic Majority for Israel, not long after his campaign had released an internal poll showing a statistical dead heat.

“When we got within two points in early October, that’s when we were able to get some of our phone calls returned,” Frisch said. “I would imagine that, if we were to go again, we would have an earlier conversation about where we are.”

Frisch, who describes himself as a staunch supporter of Israel, said he had also sought backing, albeit unsuccessfully, from J Street as well as AIPAC, which have frequently sparred over opposing approaches to Middle East policy. “We gave everyone the same position paper,” Frisch said. “I wasn’t going to start trying to split hairs. I just said, ‘Listen, here’s where I am.’”