In an hour-long call with leaders of anti-hate groups, Musk expressed a commitment to combating hate, but ‘actions speak louder than words,’ Jonathan Greenblatt said 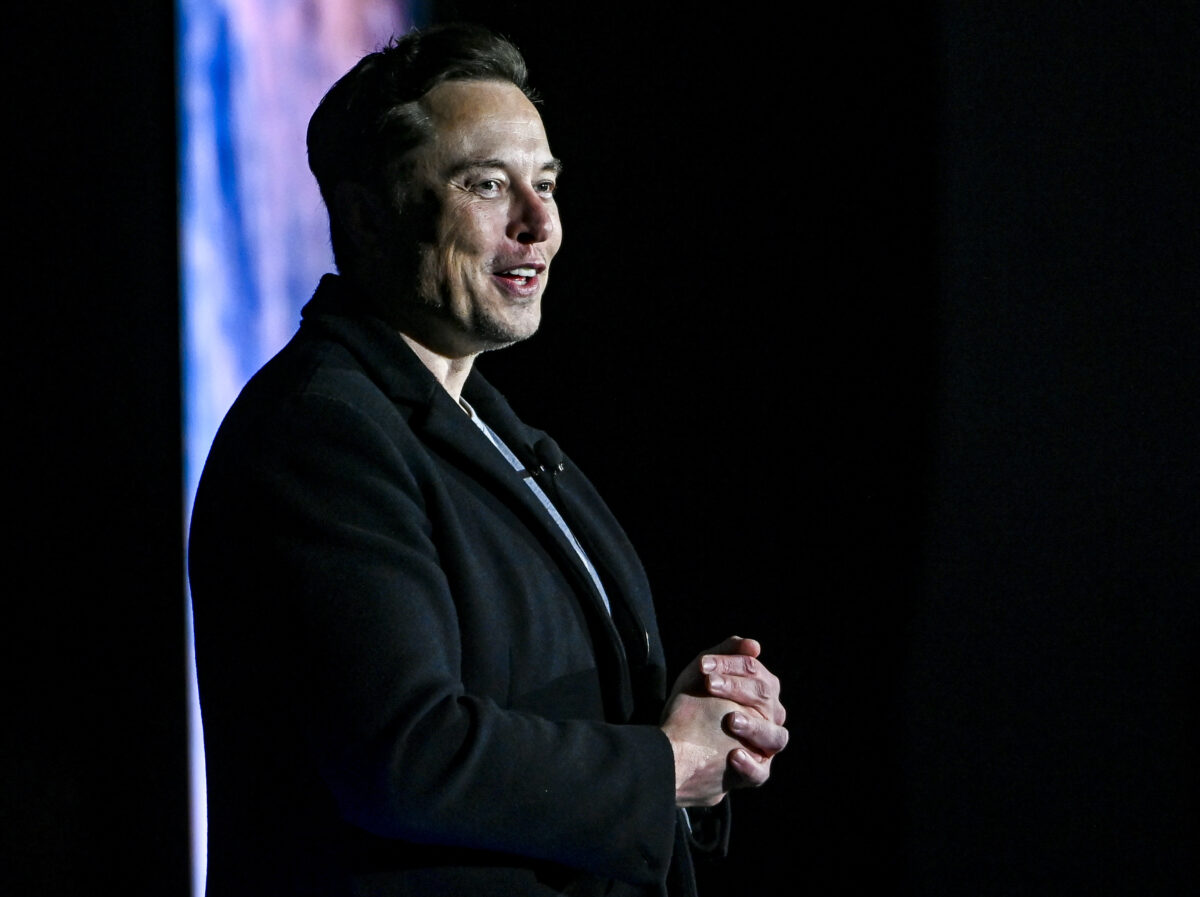 SpaceX CEO Elon Musk provides an update on the development of the Starship spacecraft and Super Heavy rocket at the company's launch facility in south Texas.

In an hour-long Zoom meeting with the leaders of several prominent anti-hate groups, Elon Musk on Tuesday expressed a commitment to combating hate and incitement on Twitter, the social network he acquired last week.

“What I heard was very encouraging, and I’m cautiously optimistic,” Anti-Defamation League CEO Jonathan Greenblatt, a vocal critic of social media’s handling of hate speech and misinformation, told Jewish Insider on Wednesday. But, he added, “actions speak louder than words.”

A mutual acquaintance connected Greenblatt and Musk — the two had not met before — and Greenblatt arranged the meeting with leaders from Color of Change, the Asian American Foundation, the NAACP, Free Press, the George W. Bush Presidential Center and the League of United Latin American Citizens.

Musk, the CEO of Tesla and SpaceX, has said for months that he wants Twitter to be more open to controversial ideas and to take more of a hands-off approach to content moderation. One of his first moves after taking over the company was to fire Twitter’s CEO and the company’s safety and security chief, who handled content moderation. Days later, after House Speaker Nancy Pelosi’s husband was attacked in their San Francisco home over the weekend, Musk tweeted conspiracy theories about the attack.

“We wanted to talk to Elon Musk because there have been a series of reports from all directions about what his plans are, and we felt it was critical to have him understand our concerns as a coalition of organizations,” explained Greenblatt, who pointed out that antisemitism and hate speech had flourished on the platform prior to Musk’s acquisition of the company.

“We had, I think, legitimate concerns in light of the current operating environment, in light of what we’ve seen, to date, on Twitter, and in light of this difficult moment we’re in, I think, as a society,” he added.

Jessica González, co-CEO of the advocacy group Free Press, told New York Magazine that Musk’s tone on the call was “sincere,” and said he appeared open to hearing the group’s concerns. “I think he believes in freedom of speech for all. The trick is how to get there. And I don’t know that he totally knows how to do that,” she said.

In a tweet about the meeting, Musk said that “Twitter will continue to combat hate & harassment & enforce its election integrity policies,” which Greenblatt finds convincing — for now. “I’m going to judge them based on what he does, not what he says.”

But Musk sought to assuage the groups’ concerns about next week’s midterm elections amid fears of misinformation spreading as votes are tallied.

“He talks about understanding and appreciating the importance of the election integrity dimension of their trust and security operations and keeping that in place,” said Greenblatt. “He actually was very clear about the fact that current content moderation policies have not changed.”

But Musk has hinted publicly that those policies will change. He announced plans to create a “content moderation council” that could reassess the cases of people who have been removed from the platform and said the company will not make “major content decisions” — including whether former President Donald Trump is allowed back on the site — until the council, which has not yet been formed, meets.

Greenblatt said the topic of how Twitter will square a commitment to stopping hate with Musk’s identity as a “free speech absolutist” did not come up.

The ADL and other anti-hate groups have long criticized Twitter and Meta, the parent company of Facebook and Instagram, for its limited approach to stopping harassment on the platform. But a new leader at Twitter — a social network whose user base is much smaller than Facebook or Instagram’s — may be more open to change, argued Greenblatt.

“Facebook has 15 years of history of the same leadership and not listening, and not effectively addressing the issues, and stonewalling, not being responsive,” he said. “What I heard yesterday … is someone who seems earnestly trying to learn.”