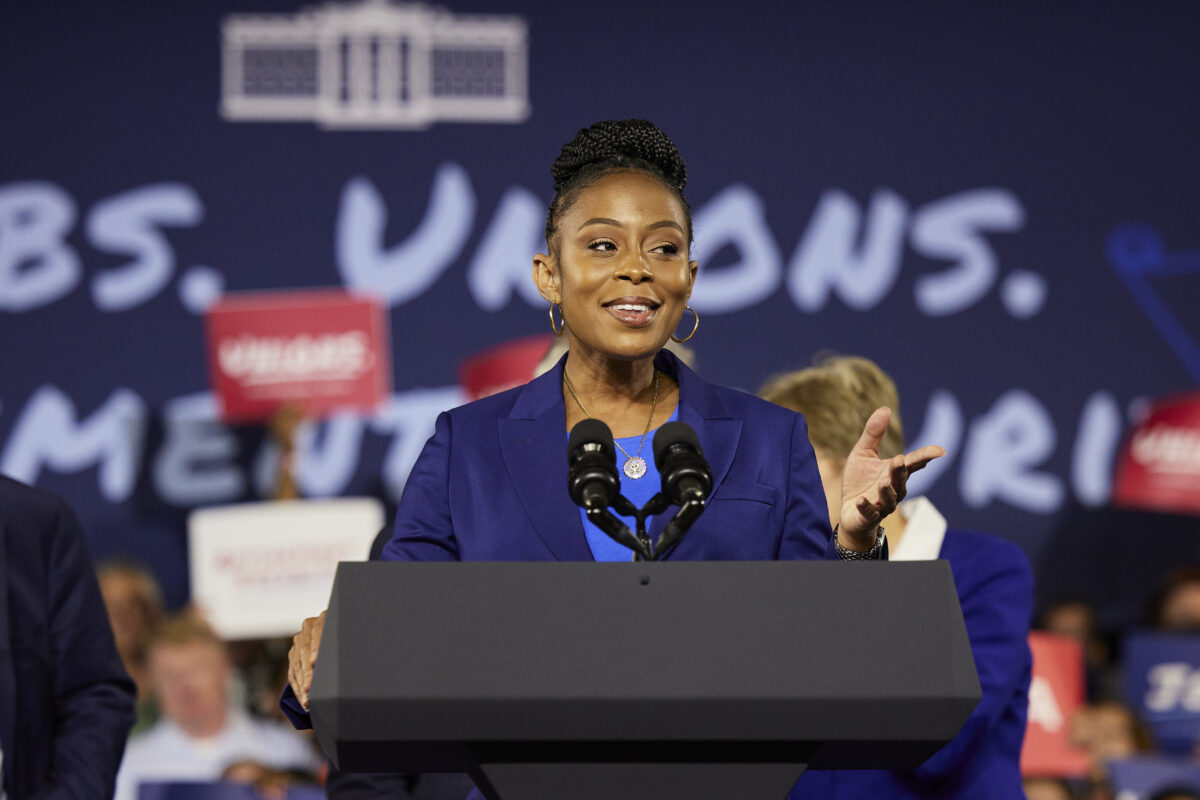 The bill was the first standalone legislation that Cleveland-area Rep. Shontel Brown (D-OH) — reelected earlier this year with strong support from the local Jewish community — has passed through the House. Her district includes the site of the memorial, which was dedicated in 1961.

“I thought it was important as we continue to see antisemitism on the rise both nationally and internationally… that we actually reaffirm, emphasize the sentiment to never forget,” Brown told Jewish Insider on Tuesday, pointing to recent comments by Iranian President Ebrahim Raisi questioning the Holocaust. “It was my goal to ensure that this memorial gets the recognition it deserves.”

In the House, the legislation, which passed by a voice vote, was introduced with several other members of the Ohio delegation: Reps. Joyce Beatty (D-OH), Marcy Kaptur (D-OH), Troy Balderson (R-OH), Tim Ryan (D-OH), David Joyce (R-OH), Mike Carey (R-OH) and Anthony Gonzalez (R-OH). The Senate companion legislation was introduced by Ohio Sens. Sherrod Brown (D-OH) and Rob Portman (R-OH). The House legislation now has 29 total co-sponsors, and the Senate legislation companion was approved in the Energy and Natural Resources Committee in July.

The memorial, a granite sculpture, sits atop the ashes and other artifacts of Jews killed at three Nazi concentration camps.

Identifying the site as a national memorial would “heighten its importance to people so that they recognize the historical significance of this treasure that we’re so blessed to have in the 11th Congressional District,” Brown continued. “I couldn’t be happier or prouder or more excited about this.”

Mark Frank, the former chair of the Kol Israel Foundation and chair of the committee that pursued the national memorial recognition, noted to JI that the congressional designation would afford the memorial further protections — including making vandalizing it a federal felony — as well as potentially increasing attention to and awareness of the site beyond the local community.

Frank is the son of Holocaust survivors who helped found the memorial. His father preceded him as the foundation’s chairman.

Andrew Mizsak, a lobbyist and member of the Kol Israel Foundation board who has acted as a liaison between the board and the Ohio congressional delegation, said he received positive responses from Rep. Brown, Joyce, Sen. Brown and Portman’s offices when he first approached the lawmakers about the possibility of the legislation. He said he’s been struck by how quickly the bill has advanced since being introduced in April.

“This was like warp speed and then some,” Mizsak told JI. “To get this type of designation, normally it takes a couple of years… Five months from introduction in the House to passage in the House is simply amazing.”

Miszak, who is not Jewish, said his work on this project has felt like coming “full circle” in some ways — he read The Diary of Anne Frank and visited the U.S. Holocaust Memorial Musuem during his first trip to Washington, D.C., in eighth grade and has since made his career in government affairs and political work.

“I listened to the seminar and I thought, ‘Well, this would be a great thing.’ It’s one of the first, if not the first, Holocaust memorials in the country. We haven’t been able to find one that’s any older,” he said. “I never thought it would get this far and this fast. So I’m really thrilled.”

“For me, it’s allowing me to help in my tiny way give voice to 6 million people whose voices were silenced. And the greatest reward is that they won’t be forgotten. This is our nation’s way of saying we’ll never forget,” he said. “This project is honestly one of the greatest honors of my life to just be a small part of it.”

Frank said that national recognition would be a tribute to both the American Jewish community at large.

“Establishing the monument as a historical landmark is something the country should recognize because it is so important to the Jewish people who have worked and come to this country to make a new life for themselves,” Frank said. “That’s what our ancestors, my parents, did… I’m glad they will be remembered, hopefully forever.“