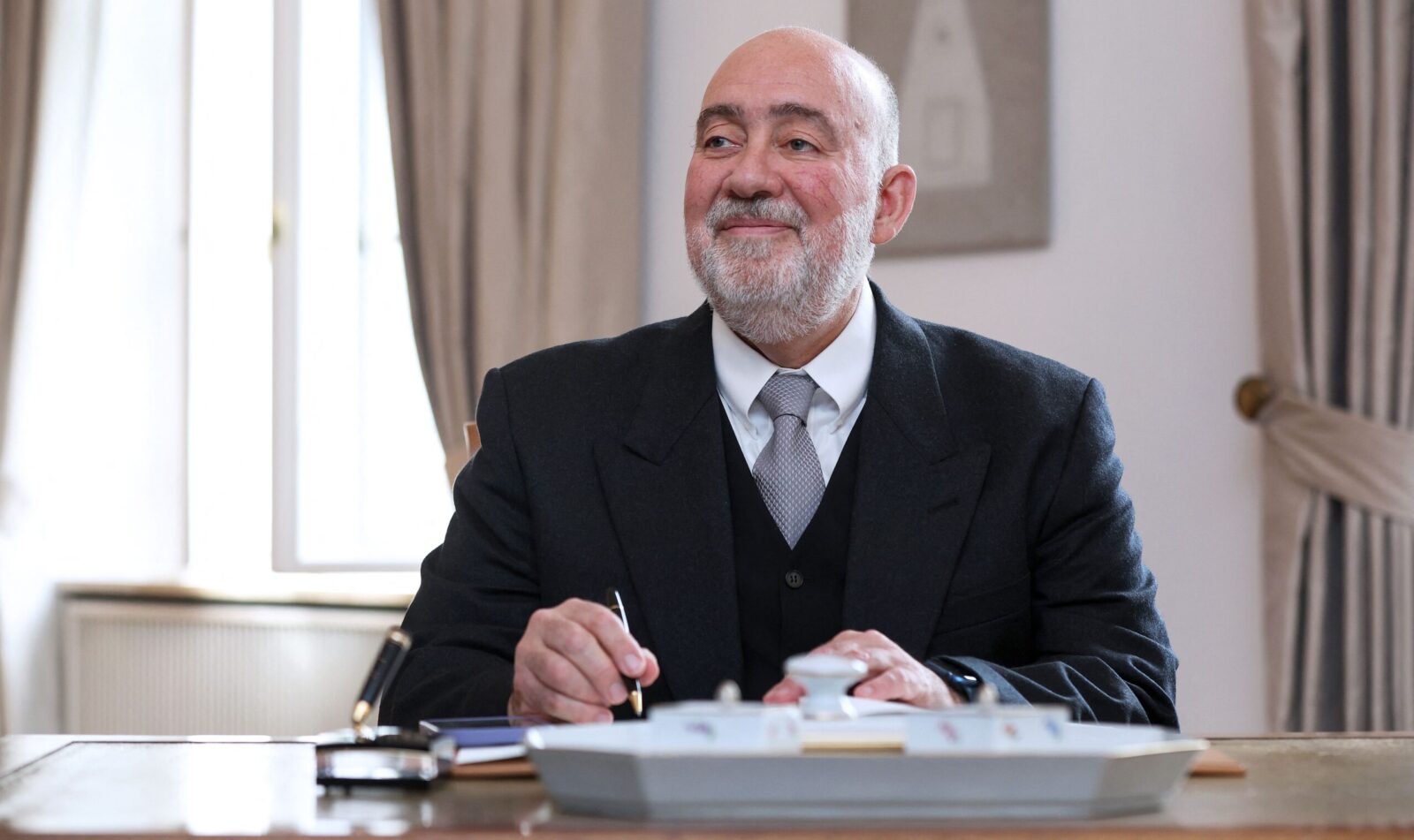 For Israel’s ambassador to Germany, strengthening ties is both professional and personal

It’s been a busy month for Israel’s new ambassador to Germany, Ron Prosor.

He has welcomed Israeli President Isaac Herzog to Berlin, accompanying him to high-profile events such as the 50th anniversary memorial of the 1972 Munich Olympics massacre and meetings with German Chancellor Olaf Scholz and President Frank-Walter Steinmeier.

He has stood on the red carpet as Israeli Prime Minister Yair Lapid descended the steps of his plane, once again overseeing meetings with the German chancellor, the president and the country’s foreign minister, Annalena Baerbock. Prosor was in attendance at the notorious Wannsee Villa, where five elderly Holocaust survivors who traveled to Germany with Lapid recalled to Scholz how they survived years of Nazi atrocities.

“What people don’t understand is that the Israel-German relationship goes deep,” Prosor, who presented his diplomatic credentials just over a month ago, told Jewish Insider in a phone interview from Berlin a day after Lapid left Germany last week.

“Germany may be the only country in Europe where we have defense and military cooperation, as well as the economic, the scientific, the cultural and the youth exchanges,” the veteran Israeli diplomat continued. “Nothing even comes close with anyone else and that was very apparent over the last three weeks.”

Israel’s relations with Germany come a very close second to the strategic partnership with the United States, standing above and beyond other countries in Europe, Prosor said.

And, he continued, that relationship is only growing as Germany eyes Russia’s war in Ukraine with increasing concern for its own stability and is looking to Israel, among other nations, to bolster its defense systems and provide energy as Europe moves away from relying on Russian gas. At the joint press conference with Lapid last week, Scholz said that Germany was exploring purchasing the Israeli-developed Arrow 3 defense system, which a senior Israeli official later confirmed could become a reality.

“This is huge and it’s not just words, there has been a huge change in the paradigm,” said Prosor. “Germany is looking around for examples of other nations fighting to defend democracy and who are they looking at? They are looking at the Jewish state and so, after 74 years, the State of Israel is going to help defend Germany and Europe… What an amazing, amazing closing of a circle.”

That full-circle feeling hits differently for Prosor, a seasoned diplomat who previously served as Israel’s ambassador to the United Kingdom and later to the United Nations.

For Prosor, whose father, Ulrich Proskauer, was born in Germany, this posting is personal.

Prosor, who speaks fluent German, told JI how his grandfather, a Prussian army officer, was forced to leave Germany for Israel following the 1933 mass book burning by the Nazis at the Bebelplatz.

“For me, this is not just a professional posting. As the grandson of Berthold Proskauer, to return to Germany as the ambassador of Israel, the nation-state of the Jewish people, 90 years after my family was thrown out of Germany, this is a very special thing for me,” he said, adding that he plans to use the assignment “to enhance and deepen the German-Israel relations that are so close to my heart.”

Prosor said he had been very moved during Herzog and Lapid’s visits as he watched the German chancellor and president working to make amends for the past.

“We cannot give discounts to something that is repetitive in Palestinian society,” Prosor pointed out. “That Abbas made his comments in Germany was a disgrace on every level and it really shocked the Germans.”

“It was the highest level in Germany saying, ‘I am here, not just taking responsibility’ but also saying, ‘We have to do something about it and I am willing to sit with people who survived the Holocaust,’” he said.

“I think is a real show of his commitment to fighting antisemitism, and of his view toward Israel and the Jewish people,” Prosor continued, adding that it should also be a sign for Germany, and Europe, that they need to reassess funding for the Palestinian Authority’s education system, which is rife with incitement against Jews and Holocaust denial, and pressure Palestinian leadership to adopt a new approach.

Prosor welcomed Germany’s recent announcement to compensate, with some 28 million euros, the relatives of the 11 Israeli athletes who were killed in the 1972 Munich Olympic massacre – two almost immediately by the Palestinian terrorists, the others during the ensuing gun battle with West German police as the terrorists attempted to take them out of the country.

“From the family’s point of view, after 50 years, it [the compensation] did create some closure,” said Prosor. “They were really left alone after the tragedy and no one worked to help them, but there is still no closure on the issue of what the Germans did there, the mistakes they made and tried to cover up what happened.”

Tim Assmann, bureau chief of ARD German radio and TV in Israel, told JI that Herzog and Lapid’s recent trips were only the tip of the iceberg. Over the past few months, he said, delegations of high-ranking German officials, including ministers, have visited Israel and cooperation is booming on every level.

“Relations have intensified in the last few months,” said Assman, citing the changes in leadership in both Germany and Israel. “The governments were working closely before but now I see much more cooperation, especially in the defense sector.”

Assmann said that while in the past it was “a one-way street with Germany supplying things like submarines to Israel, now there has been a change in direction.”