‘Iran has reached the Ukrainian moment. It is the moment when a nation realizes that it is willing to pay the price of its own freedom,’ Roya Hakakian told the Senate Foreign Relations Committee 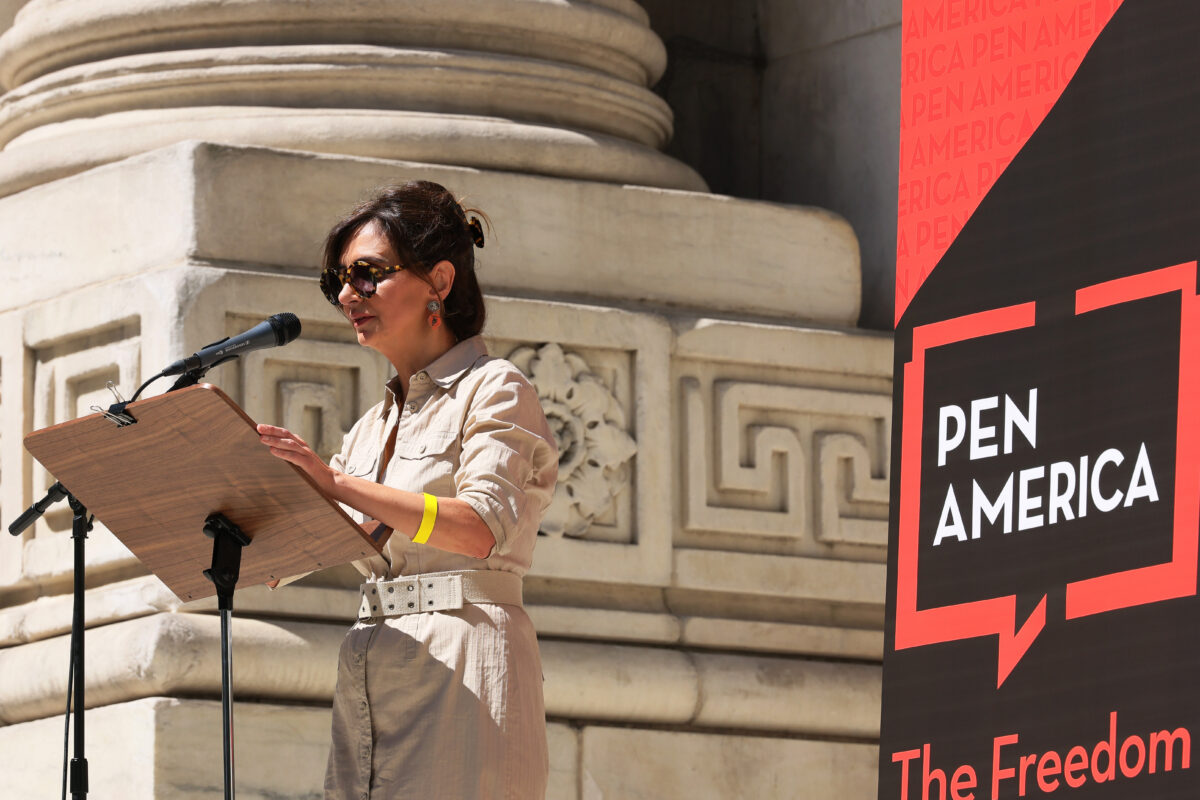 Roya Hakakian speaks as people gather at the steps of the New York Public Library to show support for Salman Rushdie on August 19, 2022, in New York City.

Iran’s current round of protests are unlike anything the Islamic Republic has seen before and place the country at a pivotal moment in its history, an Iranian-American writer told the Senate Foreign Relations Committee on Wednesday.

The current round of protests was sparked by the death of Mahsa Amini in the custody of Iran’s morality police, after she was detained for allegedly violating the country’s hijab requirements. The protests have seen citizens, particularly women, take to the streets, burn their hijabs and cut their hair while chanting for the downfall of Ayatollah Ali Khamenei, Iran’s supreme leader.

“This last round of protests are very different from anything before,” poet and journalist Roya Hakakian told the Senate committee at a hearing focused on women leaders resisting authoritarian regimes. “In the past, there was the hope of a reformist movement or change. All that is done. In the past, the supreme leader would never be the target of the anger of the demonstrators. All that has changed. It is the very notion of the supreme leader that the people are objecting to, and it is the foundation of the system that these demonstrators on the streets are targeting.”

Hakakian, 56, also noted that current demonstrators have shown a greater willingness to face down riot police and security forces. At least nine people have reportedly been killed since the demonstrations began last weekend.

Hakakian urged lawmakers and the U.S. to work to ensure continued internet access — which the regime has attempted to cut off — and to create a fund to facilitate nationwide strikes and demonstrations, further sanction the Iranian leadership and work to unwind Iranian networks targeting dissidents in the U.S.

She also expressed opposition to a renewed nuclear agreement, which would lift sanctions on Iran.

“The people in Iran are not asking for the JCPOA to succeed or continue. They’re not asking for the sanctions to be lifted. They are asking for freedom, liberty and freedom of women,” she said. “Sometimes nations are willing to undergo great difficulties in order to reach the sort of life that [the U.S. has] modeled in our tradition for them and for the liberty that they deserve.”

Hakakian compared the current situation in Iran to that of Ukraine, which has been facing down an invasion from Russia.

“Iran has reached the Ukrainian moment. It is the moment when a nation realizes that it is willing to pay the price of its own freedom,” she said. “They’re sacrificing their lives for the cause that — however physically distant from Americans — is detrimental both to Iranians and the safeguarding of the American values for which we stand. They are not asking others to do their fighting for them. All they’re asking for is for our support.”