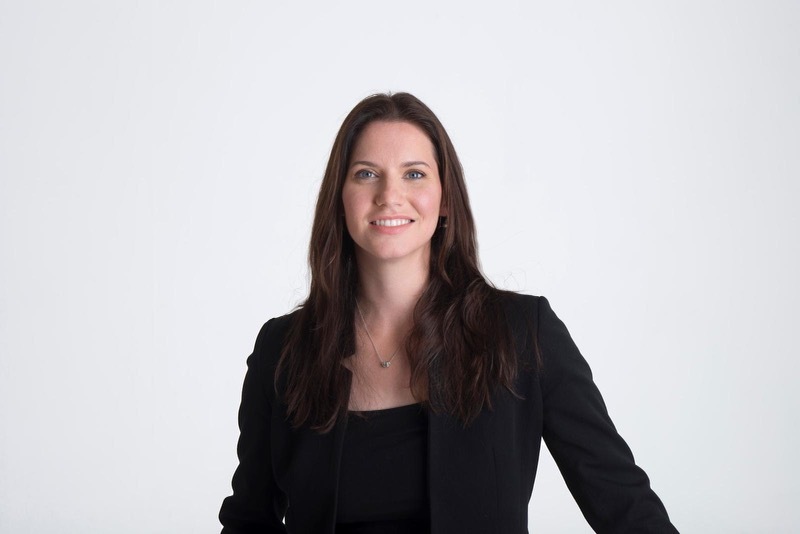 From her perch at one of Israel’s leading startup accelerators, Yonit Golub Serkin has seen the “maturation of the entire [tech] ecosystem” from close up. The former managing director of MassChallenge Israel, which helps startups from all over the world in a variety of fields get off the ground, she is now an independent strategic advisor and an innovation trend-spotter. Before moving to Israel (WHEN), Serkin served as deputy chief of staff for economic development in former New York City Mayor Michael Bloomberg’s administration, and later helped found the Israeli venture capital firm Moonscape Ventures. She joined the hosts of Jewish Insider’s “Limited Liability Podcast,” Rich Goldberg and Jarrod Bernstein (she first met Bernstein when the two were undergraduates at Johns Hopkins University), for a wide-ranging conversation about Israel’s tech scene, the growing collaboration between Israel and Gulf nations in the wake of the Abraham Accords and why it is that such a small country attracts so much innovation.

The Israeli startup scene: “I think the most important thing to remember in Israel is that unlike other ecosystems, what’s been created here is really technology innovation that services a myriad of sectors. So regardless of which sector you’re actually focusing on or what your investment strategy or thesis is, you can find relevant technologies here to take back to your existing holdings or portfolio. What we’ve seen here is a maturation of the entire ecosystem. A decade ago, we would have been talking about early stage technology innovation, that are building tools that are then going to be acquired and used in corporations or in later growth stage companies abroad. What we’re seeing today are actually innovators and founders who can grow their companies throughout those stages, and create really big meaningful companies. We’ve seen companies that are not only going public in major numbers, but are also growing and serving their communities from Israel and from abroad. So really a great maturation of the ecosystem, a lot of innovation that crosses the different sectors, and very quick time to market for many of these companies getting their technologies and their products to market.”

How to succeed as a startup in Israel: “So the first thing for the entrepreneurs to remember is ‘what does it mean to be part of this ecosystem and to be successful in it?’ Israel is a weird case, because our market is so small. We speak a language that nobody else speaks around the world. We are now, thanks to the Abraham Accords, more in touch with our neighborhood, but we’ve traditionally been disconnected physically from the neighborhood in which we operate. For entrepreneurs to be successful in Israel, they actually have to be successful out of Israel. They have to already be thinking about their growth outside of Israel from day one, frankly from before day one. So entrepreneurs have to be not just conversant in English, but also emphatic and passionate and effective in English; they have to be able to build their product for another market. That’s a pretty unique skill.

Traditionally, Israeli founders have been really well steeped in technology…The gap has traditionally been around understanding those other markets – being able to build a significant and large-scale business. That’s a chasm that Israeli founders have really bridged in the last decade or so. That’s the ability to understand what your customers or potential customers need, want and use. That’s been the real learnings of the Israeli founders, and that’s how we actually can distinguish between those founders who are most well positioned to succeed.”

MassChallenge Israel: “So traditionally, MassChallenge, specifically, is open to any entrepreneur who’s solving a major problem around the world. That can mean food or cyber, it can mean anything. Within that, we want to do specializations and identify partners who are going to be really important in a sector of nanotech, or in cyber, or in impact. We want to understand companies that are focused on creating impact, creating positive solutions for the U.N. sustainability and development goals. We want to look at those sorts of things, and we do a deep dive into that. Again, it’s a place to test things, see if it works, and then pass it on to the rest of the world. And that’s something that we would do over and over again here in Israel, and we’ve got a pretty good reputation internally as being a place that wasn’t overly process-driven because we were able to test, make decisions and move forward. I think that has a lot to do with the mindset here.”

Israeli-Gulf collaboration: “There has been activity between the Gulf and Israel for well over a decade. It was happening quietly, it was happening under the radar, but it was happening…There is no doubt that the Abraham Accords has been a significant catalyst in activity between the two countries. I’ll say even we as MassChallenge launched an accelerator in the UAE, so we were running programs in the UAE. I had team members who were flying back and forth on a weekly basis. That’s been incredibly significant – the ability to get to another market, their interest in technologies, and really getting to learn one another. There’s a lot of significant business there. I will say you are seeing a cultural education, because Israeli culture and the Gulf-based culture is very different. I’m not sure you could find more different business cultures. That’s taking more time to really understand certainly than Israeli founders originally gave it credit for. There are founders, Israeli technologists, who are going over there on a weekly basis, who are finding open doors to pitch their business, to look for partnerships, and I think you’re seeing real meaningful learnings from one another about how to do business in the Gulf. It’s very different from doing business in the U.S. It’s certainly different from doing business here in Israel, and Israeli entrepreneurs are learning that. What they continue to have to balance between is ‘what are the opportunities there versus other markets?’”

Upbringing: “I’m the daughter of a Conservative rabbi and an executive director in the Jewish nonprofit space, so very steeped in North American Jewish life. My family made aliyah when I was an infant for the first time – in our household it is called Aliyah Aleph. We moved over here when I was a year and a half old, settled in Haifa, lived there as a young kid, went through the First Intifada here, went through the first Gulf War here as a child, and moved back to the New York area for the end of elementary school and middle school. It was supposed to be a two-year sabbatical, but you know, life has a way of getting in the way of all plans. I went to undergrad and graduate school at Johns Hopkins – met Jarrod in the middle there – worked for the Bloomberg administration, and have been here [in Israel] ever since.”

Working for Bloomberg: “Working at economic development is some of the most exciting work that you can actually do, because at the end of the day it’s an incredible way to touch people that feels optimistic and hopeful, and like you’re really building for the future…

I have to say that my time in the Bloomberg administration, in a totally self-serving way, ruined all public service afterwards for me. Just because the types of people that were able to come together there, even when we were there, and I was 22 when I started out there, the people who come together there, that was a unique space and time. I felt like it was something special, even at a relatively young age, that this was something that was unique, and I wasn’t going to have the opportunity to work with so many incredibly bright, ambitious and motivated people who just got it done on such a large scale again. It felt so amazingly special.”