The former White House fellow talks about her online children’s learning platform, Caribu, which grew a following during the pandemic 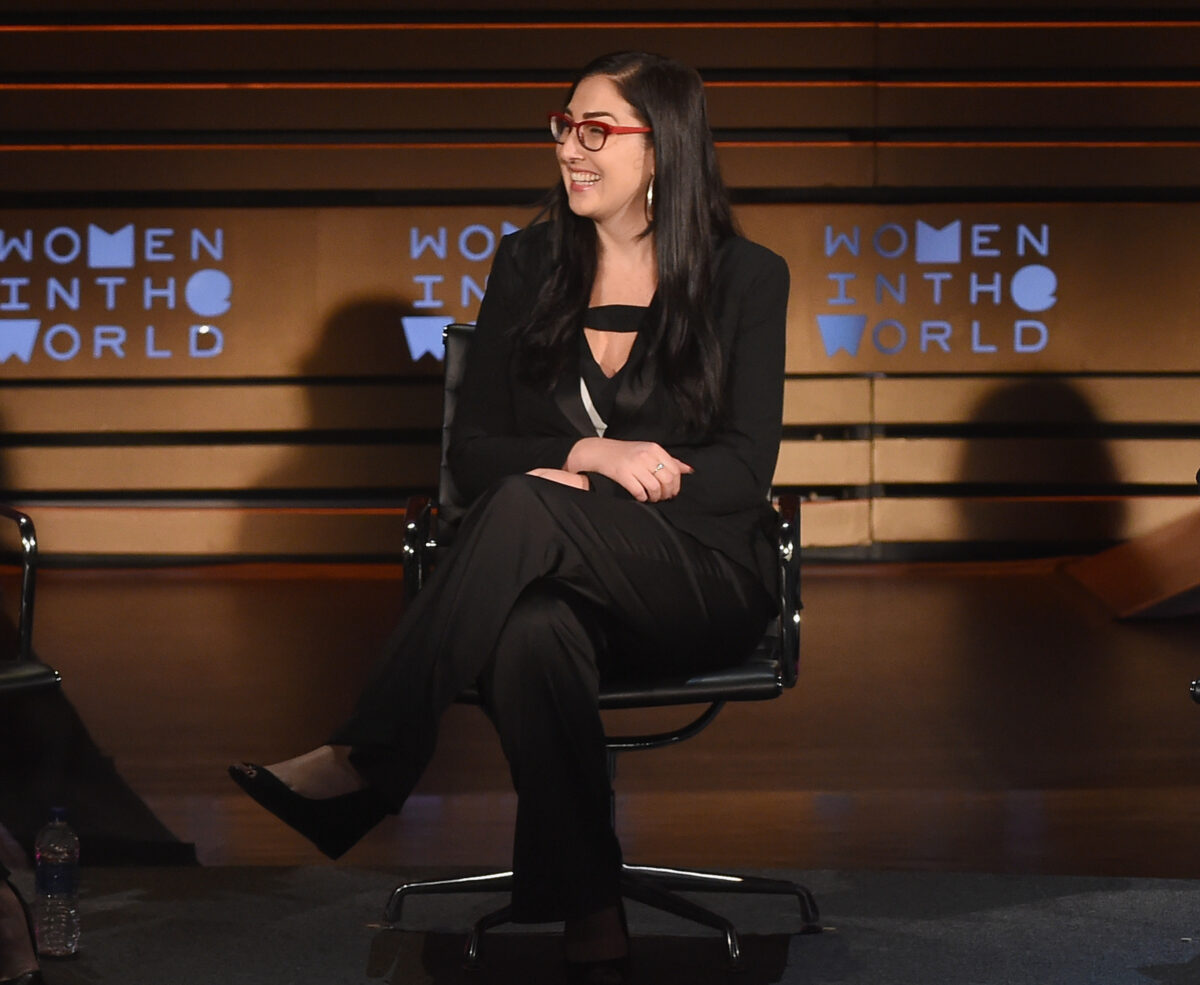 Max Tuchman speaks at the Women In The World Summit at Lincoln Center on April 14, 2018, in New York City.

The COVID-19 pandemic forced the world to reevaluate how we interact with each other. From work-from-home offices and Zoom schools, to virtual playdates and gatherings, finding new ways to stay connected has never been more important. Into this new normal walks Maxeme “Max” Tuchman, CEO and co-founder of the educational platform Caribu, and this week’s guest on Jewish Insider’s “Limited Liability Podcast.” Tuchman created Caribu six years ago as a way to make video calls more engaging for children who were separated from friends and family by distance. During recurring lockdowns at the height of the pandemic, the app surged in popularity. Tuchman drew inspiration for Caribu from her time working in the Miami-Dade County Public School system with Teach For America. Prior to that, she served in the administration of former New York City Mayor Mike Bloomberg as manager of education projects and then became a White House fellow under former President Barack Obama. During her conversation with co-hosts Rich Goldberg and Jarrod Bernstein, Tuchman spoke about her journey into becoming an entrepreneur and the challenges she’s faced along the way.

Pivoting from politics to tech: “I think honestly, being a high school teacher prepares you for anything. There’s nothing that has been hard after that — when an 18-year-old stares you in the face, there’s just nothing scarier than that…And then also when you are working for someone like Mike Bloomberg: So it’s him as a person, but then you’re also working for the people of New York City…Everyone in New York City’s problem is your problem, so you just become kind of a serial problem-solver.

“So I was running Teach for America in Miami, I was a core member with Teach For America actually…And I’m realizing, ‘My god, like, we’re making an impact, but we’re not going fast enough.’ The system is, unfortunately, full of adults fighting with adults about what’s best for adults, and kids, at the end of the day, sometimes lose out…And so I got into the White House [fellows programs] and said, ‘You know what, let me take this year to…’ — I was gonna go to ED right, I was gonna go to the Department of Education, because I was like, ‘I just gotta keep going, ED, ED, ED.’ And I realized, ‘wow, what an incredible opportunity.’ I got this great advice from a friend, Brian Ford, who said, ‘This is the year to step back and actually do something different and change your perspective, so that when you go back into education, you almost have like kind of shifted, you sat on the balcony, you just have a very different way of looking at the problem.’ So I ended up at [the Department of] Treasury, and while I was at Treasury, I got an email from this guy…he messaged me and said, ‘Hey, I built this prototype in business school. I think it has legs, but I’m not a CEO type. I’d love someone who can help me build a company around the technology.’ And that’s when we got together, and it’s been gangbusters since then.”

The origins of Caribu: “My co-founder saw a picture of a soldier sitting at a coffee shop, literally, with a laptop in front of him and this huge children’s book on his shoulder. And he saw this picture — my co-founder loves to look at problems and be like, ‘Oh my god, I can probably build something that would make that a lot better.’ So he sees this picture, this soldier is like, obviously, looking at the book, right? So he’s not looking at the laptop. The book is too far away from the little webcam on the laptop, so the child probably can’t really see the text or the pictures or anything. It’s like, what a horrible experience. And so we were inspired by the U.S. military to build Caribu. And because of that, we have a partnership with Blue Star Families, where we give free lifetime subscriptions to all currently serving U.S. military as our thank you for their service, but also as a thank you for the inspiration.”

Dealing with discrimination in the startup space: “This is probably the most painful part to talk about building a startup is, you can build a phenomenal business — you can literally have customers around the globe in 200 countries and territories paying you, loving your product — but the system around your company was not built for people that look like you. And the statistics are extremely, extremely offensive, honestly. So the statistics around funding for women- and people-of-color-led startups, is that we get less than 2% of the total funding that’s out there. So you know, we end up — women and people of color — end up building better businesses, because we’re forced to. We’re undercapitalized and we don’t get as many doors open to us. Even with my fancy Harvard degree, you know, the network doesn’t always respond.

“Growing up as a woman, Latina, Jewish, I face discrimination every day. So, it’s something that I grew up with. I learned to kind of cut out the noise and just focus on what’s important. I also learned to take the underestimation and almost use that as fuel. People told me, ‘Don’t go start a startup, you’re not going to get funded. You’re a woman who’s Latina, who’s building a company in Miami, like, good luck.’ Back before [the] Miami tech [scene] was cool. And I don’t know, that just made me want to do it more.”

Advice for entrepreneurial hopefuls: “So a couple of things. One, this is not easy. This is some days not fun. Most days it is fun, which is why I keep doing it. And also, it is not for the faint of heart. Like, if you love having security in your paycheck coming every two weeks, and having health insurance, and a 401k, like don’t go run a startup. Like a lot of people say that startups are like roller coasters, no, they’re like Halloween horror nights. People are coming at you with chainsaws and it’s dark and it’s scary and it’s lonely and everything around the corner is horrible, and it’s tough.

Growing up “Jewban”: “The number one question I get when I tell people that I’m Jewish and Cuban is: ‘ What do you do about pork?’ It’s like a real thing people want to know. And my answer is that I eat it, because it’s delicious. OK. And then the second thing that people want to know is: ‘Did you have a Bat Mitzvah or a Quinceañera?’ Which is  also  a very good question, yeah, and I had a Bar Mitzvah. I think that’s the fun part about living between these two cultures. They’re very different, but at the same time I think the values around family, around helping others is prominent in both.

“I feel like I’m a spicy Jew and kind of a watered-down Latina sometimes. You know, depends on which place I’m at. I think it also…the thing that I love most about it, is that it gave me empathy. It allowed me to build empathy for almost anyone because of the assumptions that are made about me. The, you know, kind of the feeling sometimes I got about not being Jewish enough for the Jews and not being Cuban enough for the Cubans, has made me just again, someone who’s like a social justice warrior, because I know what it feels like to not feel like you can code switch. I learned very early to code switch and to assimilate to different types of communities, and those are all skill sets that I think have been extremely helpful in my adult life. So I’m grateful for all the painful parts of it.”