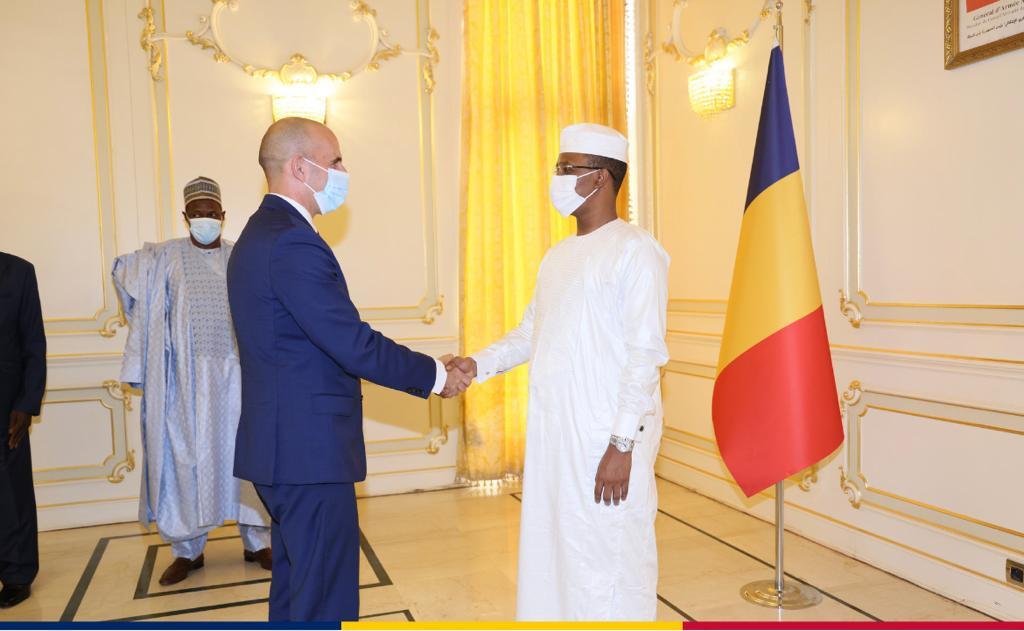 After a 50-year hiatus, Israel-Chad ties are warming – fast

With encouragement from the African nation's leadership, the warming of formal relations with Israel has already filtered down to benefit Chadians – in July, three children from the country arrived in Israel for lifesaving heart operations

When Israel’s non-resident ambassador to the Republic of Chad, Ben Bourgel, presented his credentials to President Mahamat Idriss Déby in May, the biggest surprise was that it all felt very normal.

“When I went to present my letter of credence, the presidency did exactly the same for me as it would do for any ambassador presenting his credentials,” Bourgal, who is resident ambassador to Senegal and, as well as Chad, non-resident to the Gambia, Cape Verde, Guinea and Guinea Bissau, told Jewish Insider in an interview.

“They published it in exactly the same way as any other ambassador and explained it would be beneficial for everyone,” he continued, adding, “it all seemed to be totally normal, and it was that normalcy that was so striking for me.”

The meeting, Bourgel explained, marked “a new era” for Israel and the landlocked central African nation, after 50 years of no formal diplomatic relations. In 1972, facing pressure from Libyan leader Muammar Gaddafi, Chad severed ties with Israel.

Bordering Libya as well as Sudan, the Central African Republic, Cameroon, Nigeria, and Niger, and with a population of some 16 million, Bourgel told JI that Chad was a “very important partner” for Israel.

“It’s a key to stability and security in the region and that’s the way it is perceived by all international partners based there. Europe, the U.S. — they all see Chad as a constructive partner,” said Bourgel, who previously served as the political coordinator of Israel’s Permanent Mission to the United Nations in New York.

On Monday, the Chadian transitional authorities signed a peace pact with some 30 rebel and opposition factions in Doha, Qatar. The peace agreement, which drew praise from the Biden administration, could pave the way to elections in the central African country after years of turmoil and unrest.

For Israel, warming ties with one of the African continent’s largest countries is part of a two-fold strategy, explained Bourgel. “First, we are widening the circle of peace,” said the envoy, explaining that the creation of such relations had an impact on other nearby countries. “The second is Israel’s efforts to go back to Africa, which was initiated a few years ago.”

Returning Israel to Africa was a key foreign policy objective for former Prime Minister Benjamin Netanyahu. The long-serving leader visited Africa several times during his term, including a trip to Chad in January 2019. Netanyahu’s visit there, as well as the visit to Israel in November 2018 by late Chadian leader, President Idriss Déby – who was killed in April 2021 and whose son currently leads the African nation – sparked the renewal of ties between the two countries.

Current Israeli Prime Minister Yair Lapid, who previously served as foreign minister, has also expressed a desire to bolster ties with the continent. Speaking in May at the Africa-Israel Conference, held in Paris, Lapid said, “We will cooperate to deliver food security for millions… we will coordinate in the fight against terrorism to ensure peace and stability. We will collaborate in high-tech to create opportunities for millions of Israelis and Africans alike. We will cultivate deeper diplomatic ties to cement our historic and deeply-rooted partnership.”

Yonatan Freeman, an international relations expert at the Hebrew University of Jerusalem, told JI that the renewed diplomatic relationship with Chad was the first tangible result of this African policy. In addition, he said, the diplomatic process with Chad, a Muslim-majority country, had opened doors to the Arab world, maybe even paving the way to the 2020 Abraham Accords that Israel signed with the United Arab Emirates and Bahrain, and to normalizing ties with Sudan and Morocco in the same year.

“Chad as an early success story will continue to be a gateway to improving relations with other African countries diplomatically,” said Freeman, adding that in addition to seeking out new markets for its technology, Israel’s goal was also to assist countries in that region to fight Islamic terrorism and push back against Iranian influence.

Bourgel said that at this early stage, his mission was focused on “trying to consolidate and solidify the relations at the governmental level,” as well as finding “areas where our interests converge, such as desertification, water management and healthcare.”

“We’ve been trying to identify where we can act fast and have had an impact,” said the envoy, saying the two countries have already signed a memorandum of understanding for MASHAV, Israel’s official international development cooperation program, to build a trauma unit in the main hospital in the Chadian capital city, N’Djamena.

With encouragement from the Chadian leadership, the warming of formal relations with Israel has already filtered down to benefit ordinary people. In July, for the first time, Israeli humanitarian aid organizations Israel Flying Aid and Save a Child’s Heart, together with MASHAV, the Israeli Embassy in Chad and the Menomadin Foundation, facilitated the airlift to Israel of three Chadian children in desperate need of heart operations.

Nine-year-old Bienvenu, who was diagnosed with ventricular septal defect (VSD) at the age of 3, Abaker, also 9, who has suffered from pulmonary stenosis from the age of two, and Abdraman, 14, who has mitral regurgitation (MR), arrived in Israel on July 11. The three, together with a parent each, are currently staying in the Save a Child’s Heart facility in Holon ahead of crucial operations at Wolfson Medical Center that will repair the damage to their hearts.

Simon Fisher, executive director of Save A Child’s Heart, told JI that the organization has been working in Chad since Netanyahu’s visit to the country in 2019.

“As far as we’re concerned, our work is all about saving the lives of children, regardless of where they come from,” he said. “Although we are not just another humanitarian organization, as an Israeli organization we can also serve as a bridge between Israel and countries around the world.”

Maya Zuckerman, COO of Israel Flying Aid, said the organization also sent its first human aid delegation to Chad in 2019 and was warmly welcomed by officials and people in the country.

“We were received there beautifully,” she recalled, describing how staff and volunteers arrived wearing their Israel Flying Aid shirts decorated with a Star of David emblem. Visiting an orphanage, which the Israeli organization now supports, Zuckerman said the manager “just started crying, she said, ‘I don’t have any food or donations and I was praying for the Jewish people and suddenly you came to me as my savior.’”

“The people there are so grateful for any help they receive,” she concluded. “We feel very safe and comfortable working there.”