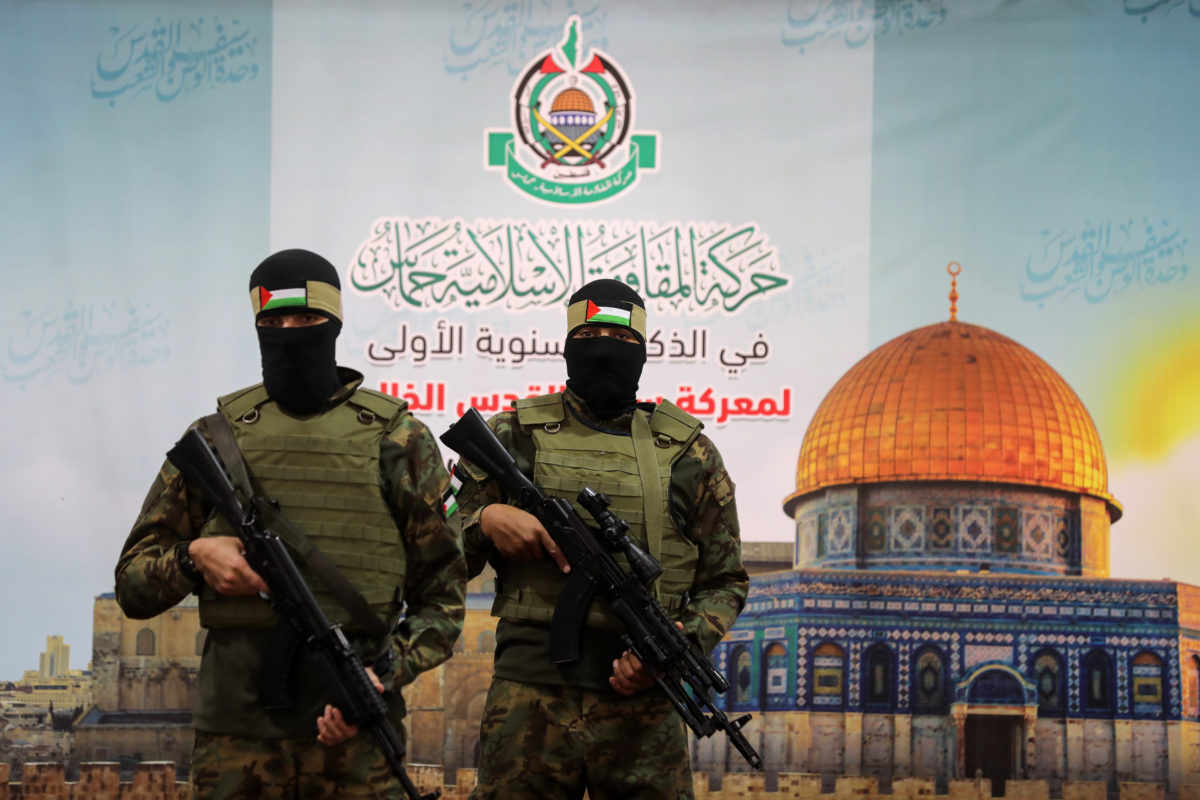 Palestinian militants from the joint operations room of the Palestinian resistance factions attend the national conference on the first anniversary of the May 2021 conflict between Israel and Hamas in Gaza City on May 22, 2022.

In a move meant to target the finances of the terrorist group Hamas, the Treasury Department on Tuesday sanctioned several people and entities connected to a secretive Hamas investment network with $500 million in assets.

“Today’s action targets the individuals and companies that Hamas uses to conceal and launder funds,” Elizabeth Rosenberg, the assistant secretary of the Treasury for terrorist financing and financial crimes, said in a press release.

The sanctions, announced while Rosenberg was in Israel to discuss efforts to counter terrorist financing, target a senior Hamas official, three Hamas financial facilitators and six companies — operating in Sudan, Turkey, Saudi Arabia, Algeria and the United Arab Emirates — that have generated revenue for Hamas through the group’s Investment Office.

The State Department pointed out the irony of Hamas growing its investment portfolio “while Palestinians in Gaza face harsh living and economic conditions,” department spokesperson Ned Price said in a press release.

“They are the ruling entity in Gaza, and people are suffering, and they’re sitting on half a billion dollars that they’re basically reserving for support[ing] militant activity. It really kind of underscores what Hamas is all about,” said Matthew Levitt, ​​a former FBI investigator and deputy assistant secretary for intelligence and analysis at the Treasury Department who is now the Fromer-Wexler Fellow at The Washington Institute for Near East Policy. “Governance and taking care of the Palestinian people is and always will be secondary to trying to destroy Israel and create an Islamic state in Palestine.”

The designation of the network by the Treasury Department’s Office of Foreign Assets Control will have implications for “anybody who continues to do business with [or] provide financial services to any of these persons or companies,” Levitt noted. It does not mean Hamas will necessarily lose access to all of the money, he said, but there will be a “significant disruption” to the investment operation.

“At a minimum, Hamas is going to have to rebuild this covert financial infrastructure dedicated to financing militancy from scratch,” added Levitt.

The sanctions build on government policy toward Hamas going back more than a decade and a half, said Michael Greenwald, who served as U.S. Treasury attaché to Qatar and Kuwait from 2015 to 2017. But they also come several months after the Biden administration pledged to constrain its use of sanctions following a 2021 review of financial and economic sanctions.

“I think there is a higher bar now because I think there’s a recognition that we don’t want to overuse our sanctions authority,” Greenwald said. “I think when you see this administration take actions following that review, it means that they’re significant.”

The sanctions should serve as a “wake-up call,” said Levitt, “to those who have been thinking that Hamas is moderated and is mostly focused on governance and Gaza.”