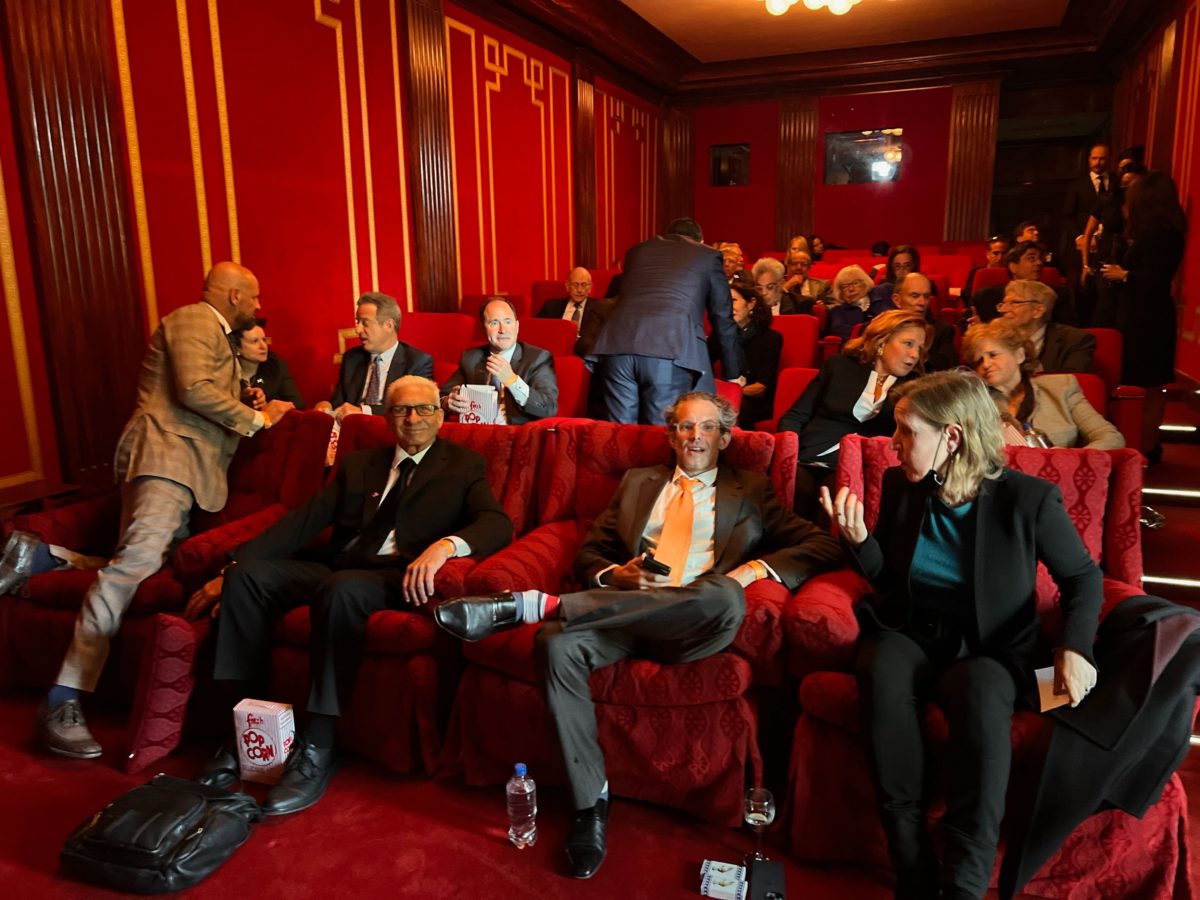 The screening of "The Survivor"

At a somber and emotional 1600 Pennsylvania Ave. last night, President Joe Biden and First Lady Jill Biden hosted their first film screening in the White House theater: a showing of HBO’s “The Survivor,” a new biopic of Auschwitz survivor and boxer Harry Haft, who was forced to fight while a prisoner and went on to a short-lived boxing career in the U.S. after his liberation.

The event, which coincided with Yom Hashoah, Israel’s Holocaust Remembrance Day, featured remarks from the president, who, according to those in attendance, took time to talk with many of the attendees at reception before the screening, held in the ​​Jacqueline Kennedy Garden outside the East Wing.

“The president said he learned about the horrors of the Holocaust from his father, and then instilled those lessons in his children and grandchildren, taking them to see a concentration camp,” one attendee told Jewish Insider. “He also spoke of the importance of combating Holocaust denial and the importance of vigilance, saying it couid happen again.”

Earlier in the day, Biden had issued a presidential proclamation to mark the day. “Today and every day, we stand against antisemitism and all other forms of hate and continue our work to ensure that everyone can live in a world that safeguards the fundamental human dignity of all people,” he announced.

“It was a lovely night — and a powerful movie,” another attendee told JI. “I was not the only person wiping her eyes.”

Haft’s son, Alan Haft, who attended the screening, brought news clippings about his father, who retired from boxing in 1949, after being knocked out by Rocky Marciano in a controversial fight that Haft said he threw under pressure from the Mafia. Marciano would go on to be the world heavyweight champion from 1952-1956.