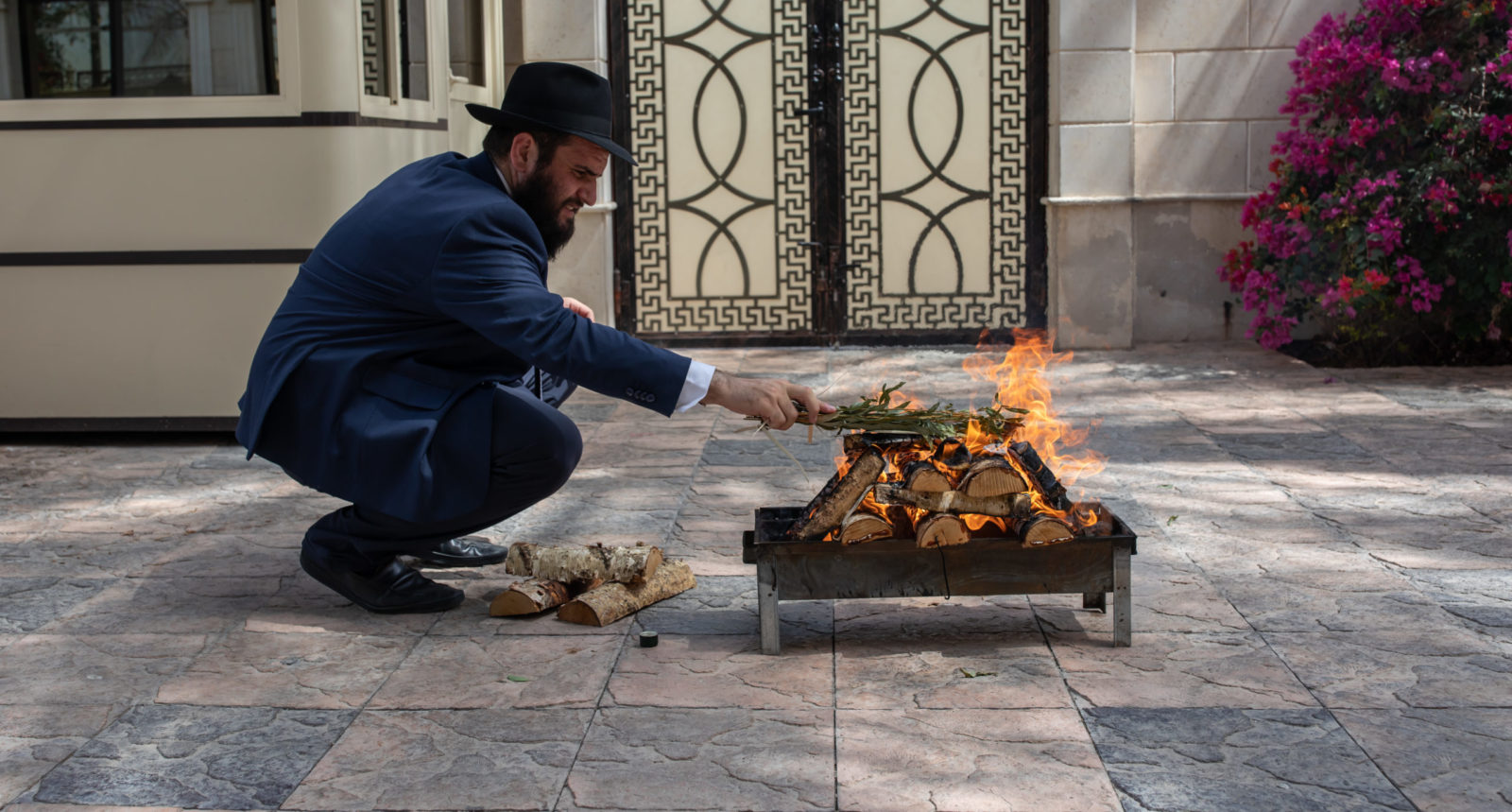 Thousands of Jews from around the world gathered around the Gulf, marking the largest Passover festivities since the Abraham Accords were signed

This article first appeared on The Circuit.

Next year in Dubai. If you can find a seat at the Seder table, that is.

“The challenge this year was finding a Seder that wasn’t too crowded,” said Michal Divon, a Dubai-based journalist who lives and works in the cultural capital of the United Arab Emirates.

The jam-packed Passover Seders held last week in Dubai and Abu Dhabi — more than 2,000 Jews from all over the world were in attendance — marked the largest celebration of the Jewish holiday since the historic Abraham Accords normalization agreements were signed between the UAE and Israel on Sept. 17, 2020.  The thousands of attendees mark a significant change from seders in the UAE several years ago, which were often held in secret and attracted only a handful of attendees.

A sign of the UAE’s growing Jewish population, many of the Passover Seders in Dubai and Abu Dhabi were hosted by Rabbi Levi Duchman, an American-born Chabad rabbi and the first resident chief rabbi of the UAE, in the presence of community members, government officials and ambassadors. Seders were also hosted by Lebanese-born Rabbi Elie Abadie, who joined the Jewish Council of the Emirates as its senior and resident rabbi in 2020.

And, in an indication of the increasingly global and cosmopolitan makeup of the Jewish community in the Emirates, the Seders were conducted in several different languages, including Hebrew, English, French and Russian.

The celebrations this year marked several firsts. The Association of Gulf Jewish Communities (AGJC) baked and distributed matzah around the region for the first time. For the occasion, AGJC leaders shipped 775 pounds of matzah to the UAE and then distributed it from there throughout the GCC, including to Bahrain and Kuwait. Most of the Passover supplies were sourced locally in the UAE, including kosher chicken and milk that was produced in Fujairah.

“It is incredible to see the infrastructure that has been built for Jews in the UAE with help from the government,” Duchman told Jewish Insider. “Eight years ago, I started off at NYU Abu Dhabi making a small Seder, and this year, to have Seders run by multiple rabbis…and having the Israeli ambassador, the American chargé d’affaires present — it was truly beautiful. This is such a beautiful message for our children and for other communities to witness coexistence and tolerance.”

This Passover also witnessed an influx of Israeli and Jewish visitors to the UAE.

Ross said that seven large communal Seders were arranged by local community leaders or Jewish travel organizations like the Israel-based Shainfeld Tours, which organizes kosher vacations and offers Passover packages at a number of luxury hotels, such as the five-star Conrad Dubai.

“An important evolution this year was the extent of formal government support for many Seders that took place in Dubai,” he added. “Every effort was made to support large events like Shainfeld, which had 640 attendees.”

“The numbers of Jews in the UAE are not known but clearly are on the increase,” Ross Kriel, a founder of Dubai’s Jewish community and representative to the emirate’s government, told JI. “There has been significant recent growth of Jews from France, Russia and Israel. Different congregations are beginning to take shape in an exciting moment of formation. A key is for us to take our place within Dubai’s plural mix of communities and respond intelligently and sensitively to our context.”

Jews in the UAE have long practiced their faith, but it wasn’t until the signing of the Accords that public celebrations took place as they do today. In 2014, when Duchman first arrived to the UAE, he established numerous places of worship, kosher dietary laws, Jewish education, relocation support, business networking and community life.

Since the signing of the Abraham Accords, Jewish UAE, the organization founded by Duchman, has received thousands of requests from Jews from all over the world for assistance and information on various matters regarding Jewish life in the Emirates.

“There were 13 flights from Israel to the UAE the day before Passover, and that is a huge number,” Duchman told JI. “To just think about the numbers of Israelis and Jews that were celebrating in the UAE over Passover — it is something very special and unique.”

Many Jews and Israelis who have moved to the UAE since the signing of the Accords also celebrated Passover in the UAE this year.

“[The rabbis who came to build a community in the region] saw that Dubai was a growing place for the Jewish community and has been backed up by facts with many Israelis moving here and French Jews moving to the UAE,” Rabbi Moshe Haliwah told JI. “It’s a very multi-cosmopolitan place. Wherever Jews are coming there is a need for spiritual services.”

Passover in Dubai, explained Haliwa, is different than in many Jewish communities around the world, where people celebrate in their homes. “Everyone travels long distances by car and there is not yet a focus of Jews in any one single place so hotels are very much the venue for celebrations also for the need of license for prayers which can only be carried out in a place such as hotels. Most of the people are semi-educated in the Jewish sides of life and are thirsty to learn more.”

Haliwa said that this is particularly crucial for Jewish children living in Dubai. “Jewish parents are concerned that their children remain attached to their roots and therefore they appreciate anything that is done for the children,” he added.

Michal Divon, who moved to the UAE last year from New York after previously living in Tel Aviv, celebrated her second Passover in the UAE.

“From the first time I visited in November 2020 when I came for Sukkot and then I fully moved to the UAE a few months later, I always felt at home,” Divon, a journalist working as a senior editor and producer for Khaleej Times, an English-language daily newspaper based in Dubai, told JI. Divon now hosts “Dubai This Week” for the outlet.

“It’s so natural and easy for me to embrace the culture,” she said. “Passover this year was really special because it coincided with Ramadan, which changes the pace of life…. There are now all of these interfaith gatherings taking place in the evening in Dubai. These holidays have combined in such a natural way this year and that is what makes them so special.”