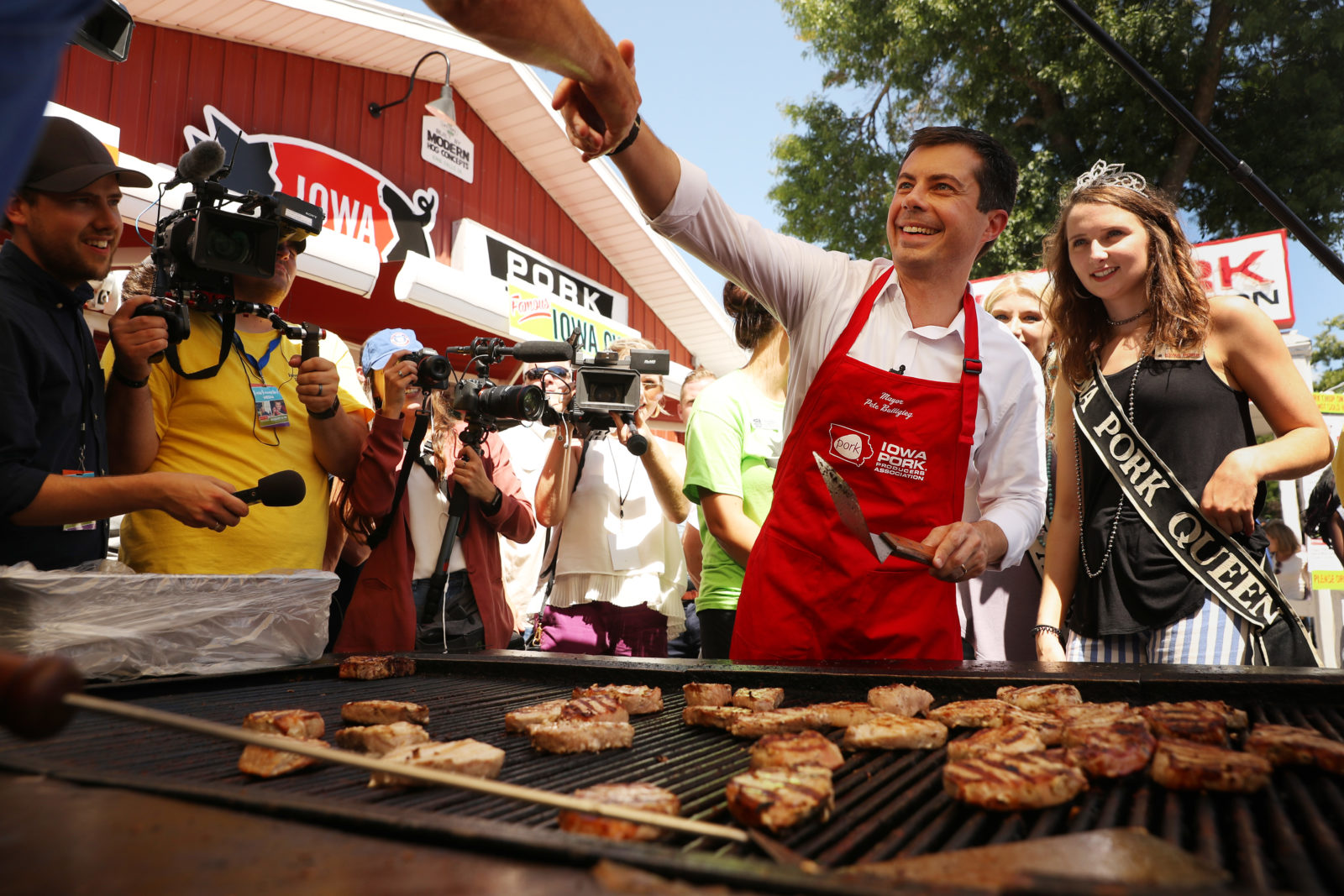 A proposal being reviewed by the DNC would hold the earlier presidential primaries in larger, more diverse states rather than the traditional Iowa and New Hampshire

Jewish Democrats may get a much louder voice in the presidential nominating process if the Democratic National Committee adopts a proposal that would radically alter the presidential primary schedule.

American Jews have long turned out to vote in large numbers, but their influence has been limited in presidential primaries, since the states that vote first — Iowa, New Hampshire, South Carolina and Nevada — are not among the largest Jewish communities in the nation. Iowa is one of the smallest.

For years, some Democrats have questioned why Iowa, a conservative and overwhelmingly white state, gets the coveted first slot with its complicated caucus system. Presidential hopefuls spend a disproportionate amount of time barnstorming in Iowa, stopping by the state fair and other mainstays of the Hawkeye State. But while visits to synagogues and meetings with Jewish community members are a regular occurrence in the general election, they are exceedingly rare in the early primary states that set the direction for the party’s nominating process.

“​​It would be nice to have the Jewish voice reflected in the early primaries,” said Jill Zipin, the co-founder of a group called Democratic Jewish Outreach Pennsylvania. In 2020, Pennsylvania’s primary didn’t take place until June. Sen. Bernie Sanders dropped out of the race in early April.

The proposal being considered by the DNC’s Rules and Bylaws Committee would give the earlier primary dates to states that are more racially diverse and competitive in the general election, and it would add a fifth primary before the crowded “Super Tuesday” primary in early March. States would have to submit applications to the DNC highlighting their diversity and general election competitiveness to be considered for those spots.

“Obviously, the issue isn’t just the Jewish vote,” added Zipin. “It would be great to have our voices heard while being more reflective of the party itself, which is made up of persons of color, a Latino population; it’s just a more diverse group than you would find maybe in these other states.”

Halie Soifer, CEO of the Jewish Democratic Council of America, praised the proposal, saying it “underscores Democrats’ commitment to strengthening our democracy and ensuring our institutions reflect America’s diversity” and calling it “a welcome step toward ensuring that all Americans feel represented in the electoral process.” About 70% of American Jews identify as Democrats.

“Jewish voters are not significantly represented in any one of those [early primary] states,” said Matt Nosanchuk, president of New York Jewish Agenda and a former White House liaison to the Jewish community during the Obama administration. “In the flow of things, it’s when the New York primary happens, the Florida primary happens, that you get more of a concentration of attention on Jewish voters.”

Florida, which has the country’s third-largest Jewish population, knows what happens when states take primary scheduling into their own hands without the approval of the national political parties. In 2008, Florida and Michigan held their states’ primaries in January in a bid to give them more influence in the nominating process.

As punishment from the DNC and the RNC, who warned the state legislatures not to hold the primaries before Iowa, only half the delegates were ultimately allotted to each state. One sign that the new proposal might be successful is that the same person who now chairs the DNC’s Rules and Bylaws Committee, James Roosevelt Jr., also oversaw the committee during the 2008 fiasco, when the DNC held its ground against Florida and Michigan.

“The fact that he’s behind it… It’s real if he’s supporting it,” said Nosanchuk.

But hurdles remain; a series of nationwide DNC town halls and meetings will take place over the next several weeks to gauge activists’ opinions, and Iowa and New Hampshire, viewed as the states most likely to lose their standing, will surely not give up their coveted first-in-the-nation status quietly.

And it’s not clear whether Republicans in each state would have to agree to the changes, or if Democrats and Republicans would hold their primaries on different dates. But the proposal has a solid chance of passing, particularly given calls for reform after Democrats bungled the 2020 Iowa caucuses with a glitchy app that was supposed to streamline processes.

One state already jockeying for a spot at the front of the pack is New Jersey. The head of the New Jersey Democratic Party wrote to DNC Chair Jaime Harrison earlier this month asking him to consider the Garden State for one of the early primary dates. “In many ways, we are truly a microcosm of the country,” the letter states.

“I think that New Jersey is this wonderful melting pot between New York and Philadelphia, cities and suburbs and farms, Black, white, brown, every nationality and ethnicity under the sun,” said state Sen. Andrew Zwicker (D-NJ), who represents parts of western central New Jersey. Rep. Josh Gottheimer (D-NJ) agreed, telling JI, “With all that Jersey has to offer, it would be great to move the Garden State up as an early presidential primary state.”

Unlike Iowa and New Hampshire, New Jersey is not a cheap place to campaign. It’s the most expensive media market in the country. But that could also, in some ways, even the playing field, argues Daniel Cassino, a professor of government and politics at New Jersey’s Fairleigh Dickinson University.

“It’s basically so expensive nobody can afford to run TV ads anyway,” Cassino explained. “You have to do retail politics.”