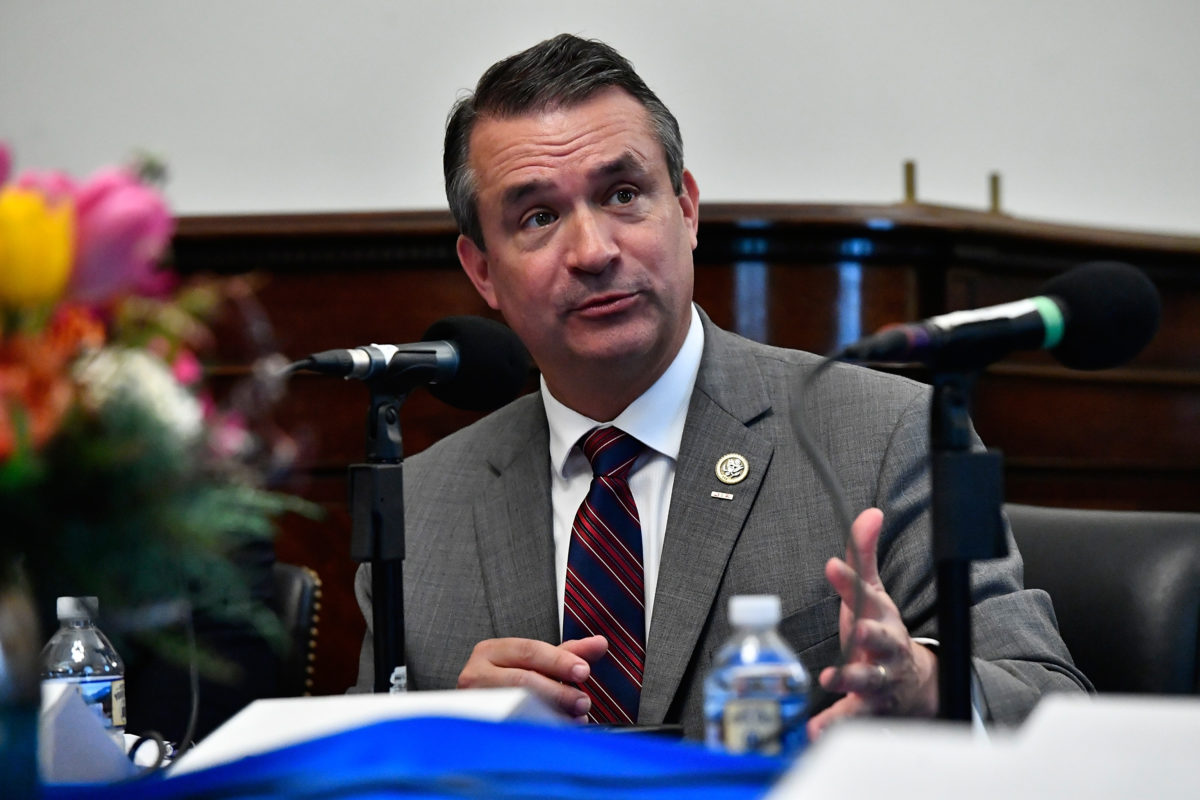 Rep. Don Bacon (R-NE) appears on Urban View's Helping Our Heroes Special, moderated by SiriusXM host Jennifer Hammond at the Cannon Building on Capitol Hill on May 16, 2018 in Washington, D.C.

Reps. Don Bacon (R-NE) and Henry Cuellar (D-TX) announced on Twitter that they had launched the Congressional Caucus for the Advancement of Torah Values, eliciting a flood of questions — and snark  — on social media.

Neither Bacon nor Cuellar is Jewish, nor are any of the caucus’s other members — Reps. Kat Cammack (R-FL), Dan Meuser (R-PA) and Brian Fitzpatrick (R-PA) — pictured in a photo from the caucus’s launch event last week. Spokespeople for Cuellar and Bacon declined to provide a full list of members. The other members pictured in the photo did not respond to requests for comment.

Cuellar said that the group would “protect Torah values and freedom of religion, while fighting antisemitism and hatred,” and Bacon said it would be “committed to combating anti-Israel bigotry and protecting the Jewish community’s values and right to worship freely.”

Bacon’s post about the group featured an image with the Israeli and American flags.

The House has had a Bipartisan Task Force for Combating Antisemitism since the mid-2010s, with more than 100 members. Fitzpatrick is one of the co-chairs of that group.

Rabbi Dovid Hofstedter, a Toronto-based rabbi and real estate investor who leads the Orthodox group Dirshu, which described itself in a press release as “the largest Torah organization in the world,” attended the launch event last week.

Neither Bacon nor Cuellar offered additional comment on the group, and a spokesperson for Bacon said they did not plan to put out an official press release until later this week. Hofstedter and another Dirshu representative were also unavailable to speak to JI.

The announcement of the Torah Values Caucus was met with skepticism from some liberal Jewish leaders.

Sheila Katz, CEO of the National Council of Jewish Women, said she is “deeply disturbed that this new congressional caucus does not include or center the voices of American Jews who are most impacted by the issues outlined in their statement.”

Jewish Democratic Council of America CEO Halie Soifer tweeted, “There are many challenges facing Jewish Americans, including the insidious threat of antisemitism. With all due respect to our non-Jewish friends, the creation of this caucus is not the way to address them, nor are our ‘Torah values’ in need of your advancement.”

Leaders within the Orthodox community told JI they also had not been aware of the caucus’s launch. The Republican Jewish Coalition did not respond to a request for comment.

In a seemingly unrelated development, the FBI conducted a “court-authorized” search at Cuellar’s Laredo, Tex., home on Wednesday afternoon.