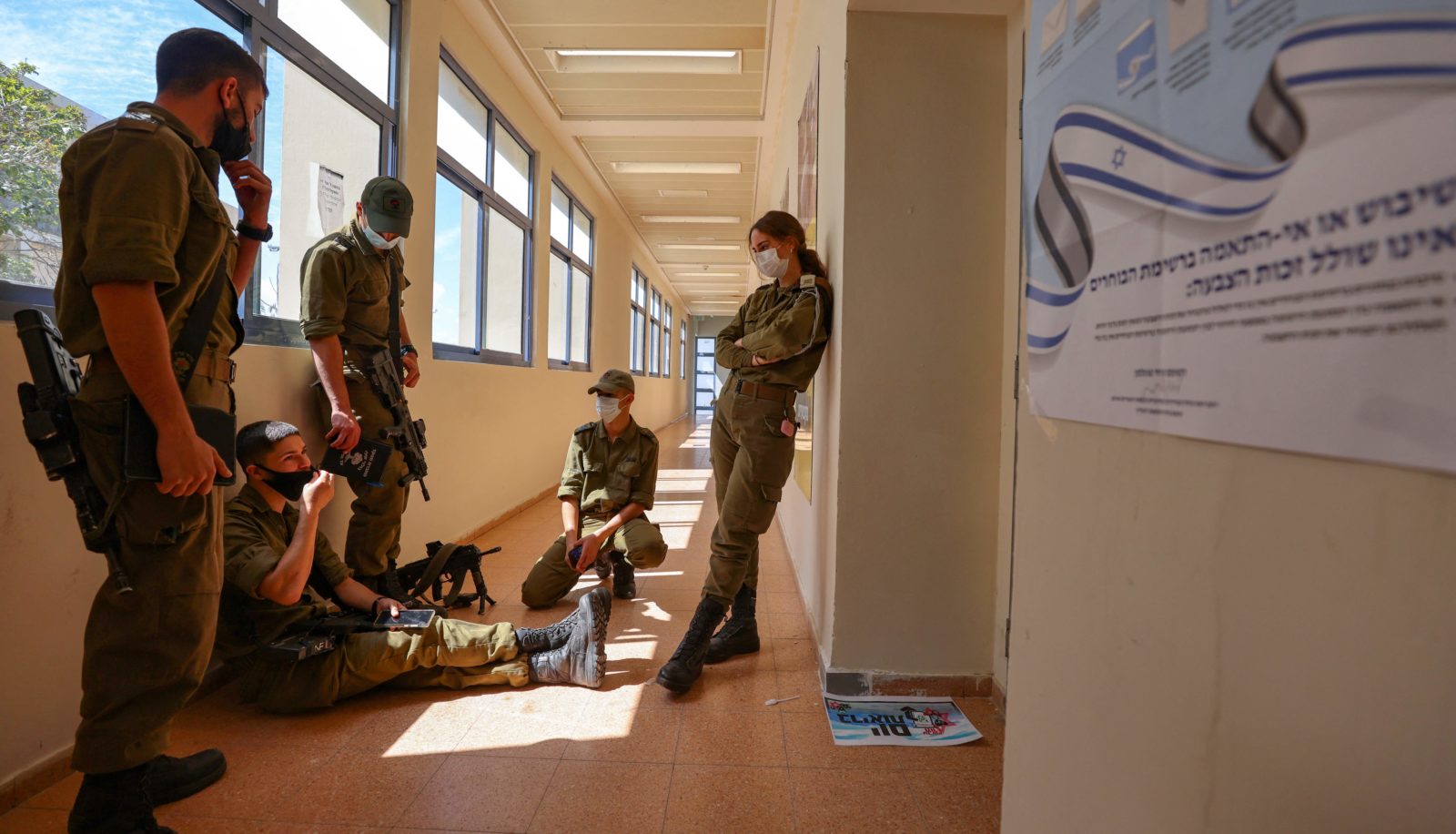 At the end of this month, a small group of Israeli teens will begin a rite of passage, donning military fatigues for the first time as part of their compulsory military service. But unlike their peers, the training for this crop of recruits will differ in one key way: They will never hold or fire a weapon.

The new and unique program launched last summer by the Israel Defense Forces (IDF) will enable individuals suffering from anxiety, depression, and other diagnosed emotional and mental health disorders to enlist and serve their country in a softer, kinder way.

The new army track, which has already had two intakes — in July and November — will allow up to 500 recruits who qualify to formally join the army each year. Like all soldiers, they will undergo most aspects of basic training, although their’s will be condensed into only 10 days — most tracks are much longer — and they will be allowed home at the end of each day. In contrast to all other soldiers, however, participants will not spend any time on a shooting range.

After the initial induction, the soldiers will serve for the same duration as all other soldiers – 32 months for men, 24 months for women – but will automatically be assigned to roles and bases close to their homes. While they will not have to undertake some of the basic duties required of other soldiers, such as guard patrol, they will be offered many of the same opportunities and training for roles that do not require the bearing of arms.

For now, the army is keeping the new program low-profile, in part to avoid any stigma that might be attached to the enrolled soldiers, but also because such special allowances might serve to weaken morale. Only individuals deemed by professional psychologists and military mental healthcare officers (Kaban) as needing such a framework will be offered a placement.

Often dubbed “the people’s army,” most Israelis are drafted into the military at 18 — with exceptions for Arab and some haredi citizens. Youths of all social and economic backgrounds, educational levels and even physical abilities serve side by side, abiding by the same strict rules and living under the same conditions, creating a kind of social equalizing apparatus.

Until recently, however, those with physical or mental disabilities were excluded from active service. Over the past few years, the army has taken some steps to widen inclusion, creating a “Special in Uniform” program for young people with autism, Down syndrome and other intellectual disabilities. But for those suffering from emotional or mental health disorders, for whom holding or shooting a gun might be a dangerous task, the option to formally serve remained elusive.

“Since its creation, the Israeli army has been unique compared to other armies,” Amotz Asa-El, a fellow at Shalom Hartman Institute, told Jewish Insider. “It was assigned by [founding Israeli Prime Minister] David Ben-Gurion to take on social tasks, most famously teaching Hebrew to new immigrants, and that is how it became part of Israel’s social agenda.”

He called the creation of the new program “some kind of latter-day reincarnation” of that process. “There is a distinction between social tasks and military tasks in the army.”

While the move to allow women to serve in more combat roles in recent years might be a way to increase the pool of personnel that will help Israel in future wars, the army has also made a clear effort to “appear socially conscious and crusading,” said Asa-El.

The new program also addresses a serious and growing need that has been brought into sharp focus by the ongoing COVID-19 pandemic. Data from the IDF’s Manpower Directorate from 2019 — before the lockdowns and disruptions to daily life — showed a nearly 50% increase in draft-age men receiving exemptions from military service for mental health issues, Haaretz reported last year.

The article highlighted the military’s growing concerns at the time over the increase in requests for such exemptions, as well as attempts by some to use mental health as an excuse not to serve. (The army would not provide JI with updated figures). In contrast, those receiving exemptions for physical reasons was much lower, remaining stable over the years at only around 2% of all male draftees a year, the Haaretz report said.

She cited a 27% increase in the number of teenagers and youth seeking mental health treatment over the past year and said the age of those needing psychological help was trending younger. Further statistics published recently by Enosh revealed that one-in-four Israeli teenagers considered or inquired about psychological treatment in the past year.

“Physical disability is much lower compared to those with mental or emotional disabilities,” said Hadas, highlighting that the past two years have greatly changed perceptions of mental health, with a greater acceptance and awareness that it is an issue that needs to be addressed.

“We are seeing more and more young people who need help, and if the army does not allow them to join, then their mental health could decline further,” she said. While it’s too soon to gauge what impact this could have on society, she theorized that it could ultimately lead to fewer young Israelis being eligible for military recruitment in the future.

“Not everyone is the same,” Hadas pointed out. “There are some military jobs that women do not do, and there should be some jobs that those with mental health problems do not have to do.”

She said she believed the new program was related to the army paying more attention to issues of mental health in recent years, including among those who are already in active service. She welcomed the program, saying it was important in offering “maximum inclusion” for those who suffer from mental and emotional health issues.

“The army is there for our security, but it also has a role to play in society,” Hadas explained. “The army exposes you to new friends, new professions, and eliminates the differences between people. It is still a key component of Israeli society and this can be a real tool of inclusion.”